today, we will talk about tanks and machineguns. 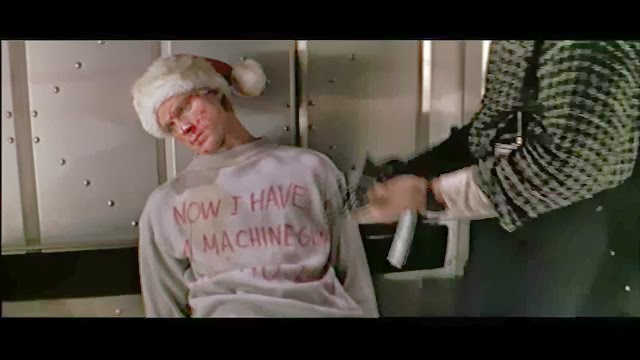 Machinegun has been tank’s companion ever since the beginning. First tanks ever to see the light of day were not armed (only) with guns, they were armed with machineguns, because their purpose was to fight infantry. A machinegun has always been a vital part of tank armament (vehicles without machineguns, such as Ferdinand tank destroyers, almost always had problems when fighting off enemy infantry assaults) and it still is to this day: look at the most modern tank in the world and you will find a good old machinegun sitting there somewhere.

Of course, as you well know, there are no “secondary” machineguns in World of Tanks. On very low tiers, we can run into heavy machinegun equipped vehicles, but we all know, how useless that .50 cal HMG is, when fighting other tanks. Still, there are players asking regularily, whether we will have the secondary tank machineguns operational in the game.

The reason is obvious. A tank usually has two types of machineguns – a coaxial (or body) machinegun against enemy infantry and soft targets and (usually heavier) anti-aircraft machinegun, that – as its name suggests – can be used against airplanes, but also against other soft targets, including infantry.

Apart from several exceptions, the machineguns, installed inside a tank, usually have smaller caliber (7,62mm, 7,92mm, .30 cal). There are several obvious reasons for it, such as:

- the machinegun is smaller, easier to handle and install
- the power of these rounds is completely sufficient for their task
- more ammo of smaller caliber can be carried

The decision not to model these weapons in the game was probably taken very early on. The reason for it is that from tank-vs-tank combat point of view, it’s completely pointless. These weapons cannot hurt enemy tanks, apart from “lucky” hits, where a bullet jams something or breaks something fragile. These “one in a million” shots are obviously not worth modelling (forget about setting the external fuel tanks on fire – in combat, these were either completely tossed or at least empty), because from damaging point of view, having to calculate hundreds of extra shots per battle (the way the game does for the Panzer IC for example) only to make sure nothing vital was hit is just a colossal waste of server resources and whether we want it or not, this game simply has to be optimized for good performance.

Anti-aircraft machineguns are a bit more complicated. The thing is, .50 cal bullets (and their Soviet 12,7mm counterparts) actually could penetrate the armor of German light tanks and even Panzer III/IV side armor under certain circumstances – and I am not even talking about the Japanese tankettes, that were barely protected against regular rifle fire. While theoretically having the option to fire AAMG’s in the game could be imagine, you run into serious problems, when considering this idea.

- for one, you would need a multi-turret mechanism in order to operate two guns independently (or in turns)
- it would give quite an advantage in certain situations to American and Soviet tanks (if applicable against very soft targets)
- in a vast majority of situations, this option would be completely pointless
- it would only create pointless extra load on servers, that would have to calculate the bullets (even if those bullets did nothing)
- how would you model the person (commander?) shooting the gun? Would the crewmember hitzone moved behind the AA machinegun? That’s a suicide. But having a “ghost” firing it is also dumb

It would be a rarely-used (apart from trolling or by idiots) and situational option – with the amount of development needed for such a thing, no wonder the developers are not keen on doing it.

There is however one way of implementing machineguns in the game. Recently, I was talking to The_Chieftain on Rita’s stream and he mentioned something I was actually thinking before (I just didn’t realize it at that point). The only role a machinegun in WoT would be effective at would be a suppression device.

Imagine then machinegun rounds as a purely visual gimmick (client-side calculated), a “ray” (graphically consisting of tracer round bullets) from your tank to where you are aiming. By pointing this ray against the enemy, you won’t hurt him (graphical effect, zero game impact), BUT you will let him know:

“Now I am aiming at you and in a few secs my main gun will be reloaded, so what are you gonna do about it”

When facing a stream of red hot lead (although incapable of actually damaging the tank), most people will back down. This would bring a new tactical element into the game. It’s easy to aim at someone, who’s just standing somewhere. Not so easy when that tank is actually blazing off with his machinegun at you. For the purpose of the game, if all rounds were actually tracer rounds and the machinegun effect was very visible, it wouldn’t even have to affect camouflage skill. I mean… if you see a stream of shining bullets coming from a bush, it doesn’t take a genius to figure out that there’s a tank behind that bush, even if you can’t see him due to regular camo restrictions. Tactical applications could prove quite interesting, for example your strongest tank “baiting” enemies by machinegun fire.

This would also not be possible to abuse or hack, disabling the graphic effect would only hurt yourself, making it more visible would only confirm what you already knew even with standard effects and you wouldn’t be able to “force” it anymore you can make a hack to “force” enemy tank to shoot (laser pointers are based on tank models, nothing too sophisticated about that).

Personally, I think this actually could work, but I guess the developers don’t, so there are no plans for this option. Still, it could be pretty interesting. Anyway, just a thought. What do YOU think?