yesterday, the new “Light T-54″ (I will call it LT-54 in this article) tier 8 premium medium tank was unveiled and it was only natural people immediately started speculating. Will it be another Type 59? Will it be overpowered for a premium tank? Or will it disappear into the pit of mediocrity like the T-34-3? Well, let’s have a look at both.

Keep in mind that the supertester statistics leaked are preliminary, which means they can (and probably will) change.

Here are both armor schematics of the vehicles. Type 59: 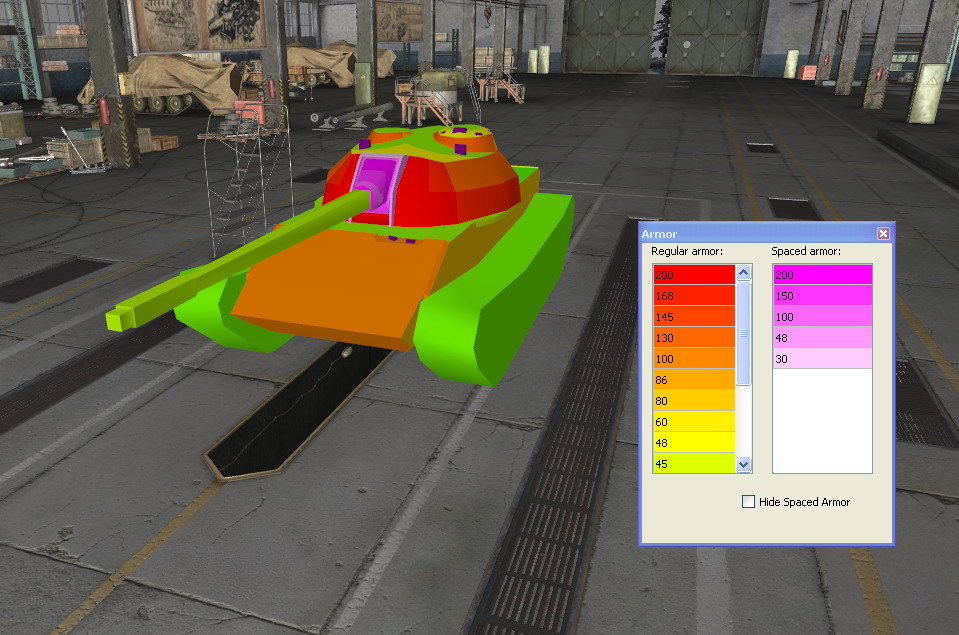 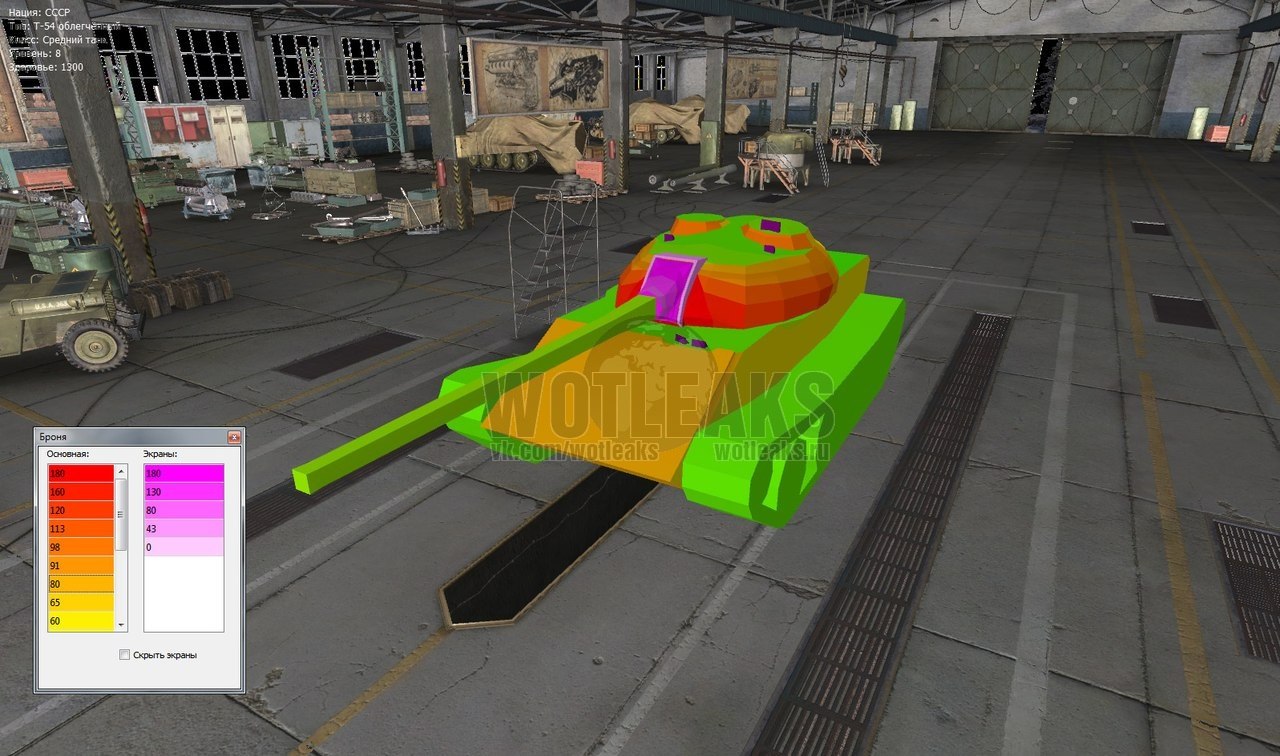 Unlike other statistics, armor is probably not very likely to change. As you can see, the Type 59 armor is clearly superior in practically every aspect. The LT-54 has 80mm frontal armor (sloped at 60 degrees makes it 160mm effectively thick, not counting the normalization), the Type 59 has 200mm frontal effective armor (100mm at 60 degrees). While 160mm is still a relatively good value, it will make it vulnerable to the guns of tier 8 tanks as well, such as the D-10, that appears in numerous models of vehicles. The LT-54 frontal turret is 180-160mm thick and the area of this maximum thickness is smaller than the Type 59 has. Type 59 frontal turret armor is 200mm thick, making it practically impervious to vehicles of tiers 6-8. Furthermore, the LT-54 will have a massive weakspot on the top of the turret, with the hatches being significantly thinner as well (looks like 91mm, Type 59 has 130mm hatches). The side armor on the Type 59 is 80mm thick, the side armor on the LT-54 looks like 60mm. That is not an issue only because of its thickness, but also due to the overmatch.

In the armor department, the Type 59 clearly wins.

Now, the leaked stats for the LT-54 come from Tank Inspector. The thing is, Tank Inspector has several settings, where you can decide, what influences the stats. So I will be hoping that the leaker used default settings, I think he did, in which case the 100 percent crew bonus is taken into account.

Both vehicles are using what in real life was essentially the same gun: the WW2 100mm D-10T variants we all know and love. The Chinese version has higher penetration (a long time ago, there was a talk of improving the Soviet penetration to this level as well, but the developers never got to do it).

First number will refer to LT-54, second to Type 59

Regarding the accuracy on the move, the LT-54 seems to be a bit more accurate than the Type 59. It’s hard to say here, the winner is not clear, but I’ll go with Type 59, because every milimeter of better penetration is worth it. The LT-54 fires faster and aims faster, but is also less accurate. In a high-speed brawl (when shooting exposed side and rear armor), the LT-54 will have a slight advantage. It is clear that the developers want to balance this tank as a pure brawler. But will the mobility match it?

Same as before – first number is LT-54, second number is the Type 59

On the supertest however, the LT-54 does NOT have limited MM, Type 59 does have it. I think it’s realistic to assume that both will have limited MM in the end, because going up against tier 10′s with a stock D-10T and no armor is suicide.

With all three factors (armor, mobility and firepower) taken into account, it seems clear that in its current form (!), LT-54 is inferior to the Type 59 in practically every important respect. The armor seems to be the most problematic part (allowing even lower tier tanks to damage the vehicle, whereas the Type 59 would is invulnerable to the lower tier guns). Both vehicles have roughly the same firepower, with differences being in singular percents or less. The mobility is hard to determine given many factors that play into it, but I think it will be comparable to Type 59 more or less, possibly with slightly higher acceleration and speed. We’ll have to see and wait for the 9.2 test for this vehicle to appear in supertester hands to know more, but at this point, I am not exactly hyped. At least it looks good though.