remember the “Inside Info” post I published a while ago? In it, a Wargaming insider was revealing some interesting pieces information. One of the pieces revealed was:

- World of Tanks Xbox will apparently be selling a Super Pershing “Freedom bundle” with a very special skin for the Super Pershing (American flag, basically a pretty wild scheme), but the kicker is, the crew will be 100 percent trained with a 100 percent Brothers in Arms perk, tank with full equipment (rammer, stabilizer, gun laying drive?) and 20 cans of soda – once per account, the cost is apparently set at cca 50 USD – it’s possible that this was actually Microsoft’s idea, but this is not confirmed.

Well… the bundle is here! 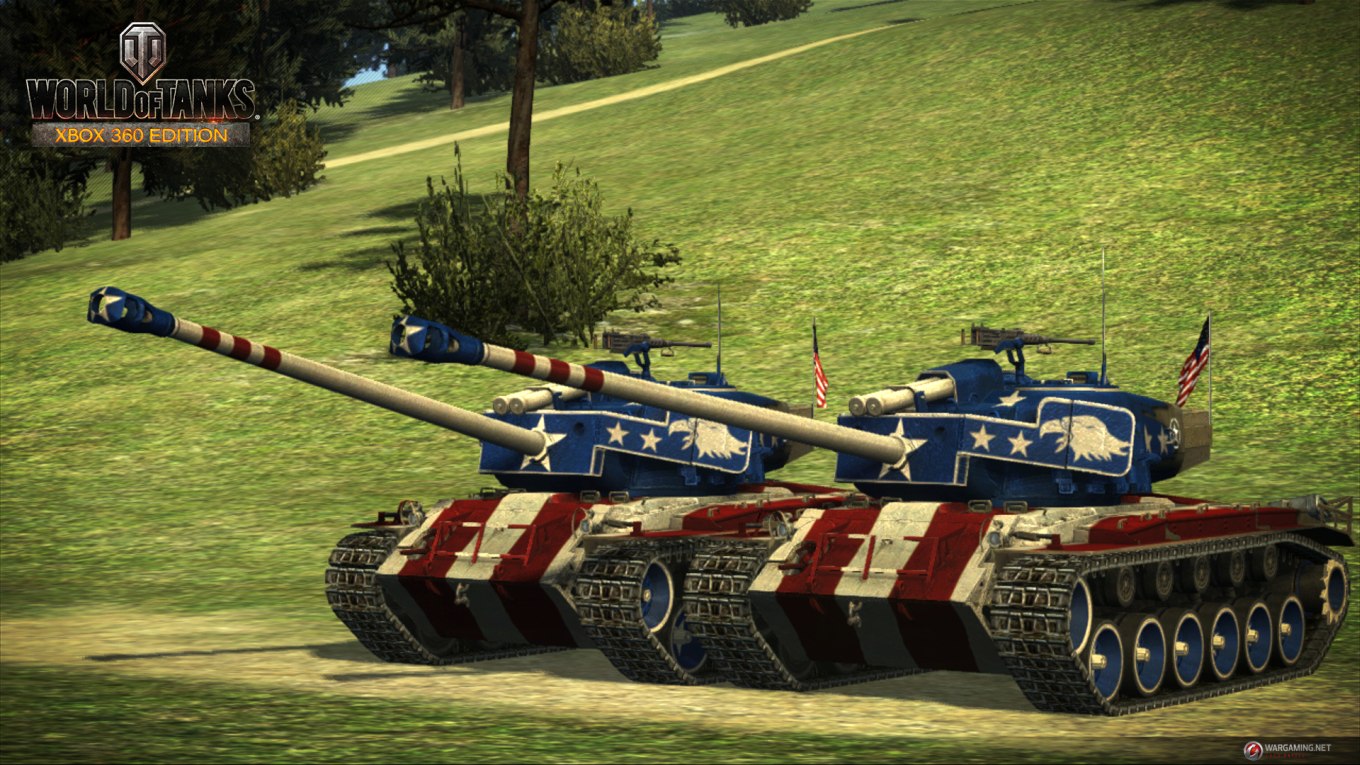 I like USA in general, I don’t make fun of American customs (hell, I love burgers and I think that the American muscle cars from 50′s-60′s were the most beautiful cars ever made), but this is just ridiculous and asking to be mocked. There is national pride, I get that and I approve, but that doesn’t mean the vehicles have to be covered with giant flags to express that, does it?

To the American readers – a honest question: do you really like this kind of stuff? If you do, okay, no problem, I am just curious.

121 thoughts on “Freedom Package for World of Tanks XBOX”