yet another brand new tank was found in the Swedish archives – and yes, it’s a proposed upgrade of the m/41 (TNH-Sv) light tank, originally manufactured in Czechoslovakia.

In mid-1943, the strv m/41 (TNH-S) and strv m/42 deliveries were in progress but judging by disturbing intelligence reports from Finland and Germany, they really weren’t up to the latest modern standards. Some army people had been allowed to study captured Soviet T-34′s in Finland and were particularly impressed by its powerful diesel engine and heavily sloped armor. A successor to the Swedish tanks then in production was needed, and soon. Some people at the Royal Artillery and Ordnance Administration were convinced that it was necessary to lift the 22 tonne weight limit (imposed for the sake of strategic mobility, since most Swedish bridges could not tolerate any greater mass), but it was also recognised that lighter tanks had a role to play.

Because of the need for a speedy development process and to avoid re-tooling existing production lines, Scania-Vabis (which was ordinarily a manufacturer of trucks and buses, but also contracted to license build the strv m/41) was asked to investigate in which ways the strv m/41 could be improved without losing too much time. The result was described in a letter dated July 21st, 1943, which contains the two photos above.

Scania-Vabis (seemingly inspired by the T-34 and similar modern designs) proposed two hull alternatives (1 and 2) and two turret alternatives (a and b); the turrets were compatible with both proposed hulls. Hull 1 (the first photo) attempted to keep parts commonality with the existing strv m/41 as far as possible; the main changes were slightly wider tracks and road wheels, sloping the armor, switching to welded seams in many of places and improving the driver’s position in a few ways (better periscope and a bit more room). The resulting tank was calculated to weigh 13 tonnes, two more than the strv m/41.

Hull 2 was essentially a new tank; the chassis had been redesigned to be able to fit a new 8-cylinder engine capable of producing 220 HP. The hull armor was improved and the tank was calculated to weigh 15 tonnes. The road wheel arrangement had also been modified, and the bottom plate of the tank was curved to help protect against mines. Scania-Vabis admitted that in order to get production of this proposal going, quite some engineering effort and retooling would be required.

The turrets were similar to each other, the main difference being that turret b had a rounded mantlet and the machine gun fixed in a coaxial position, while on turret a aiming the machine gun independently was possible. In the end neither proposal was accepted, although I haven’t been able to find the exact reasoning for why in the archives just yet. 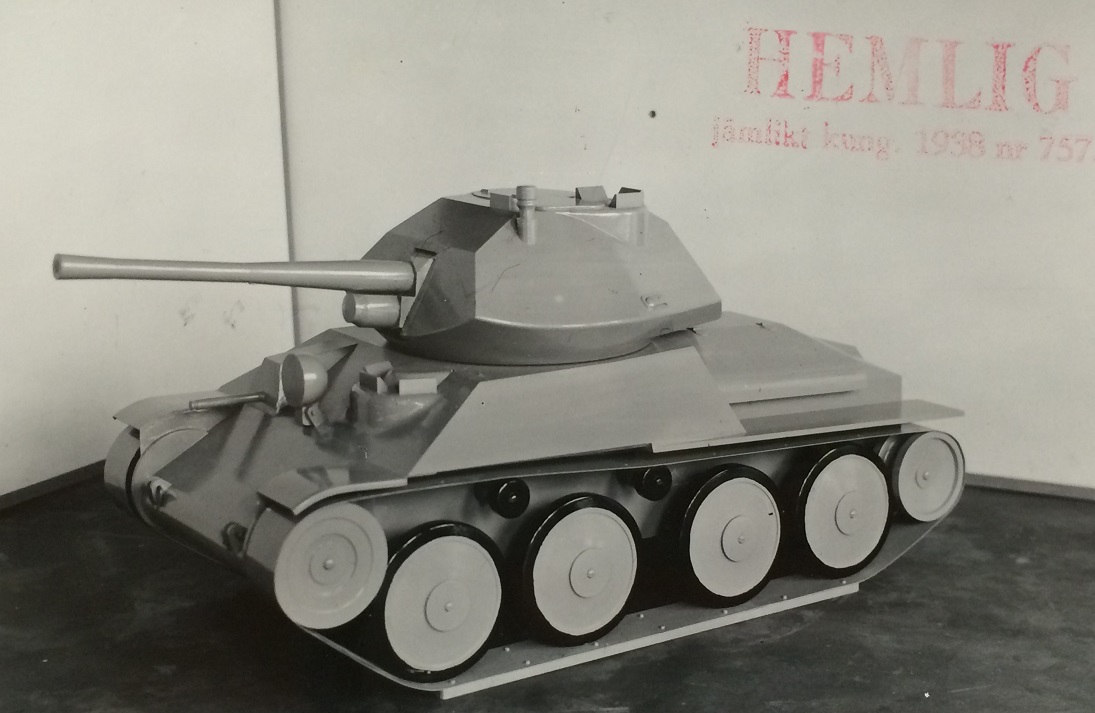 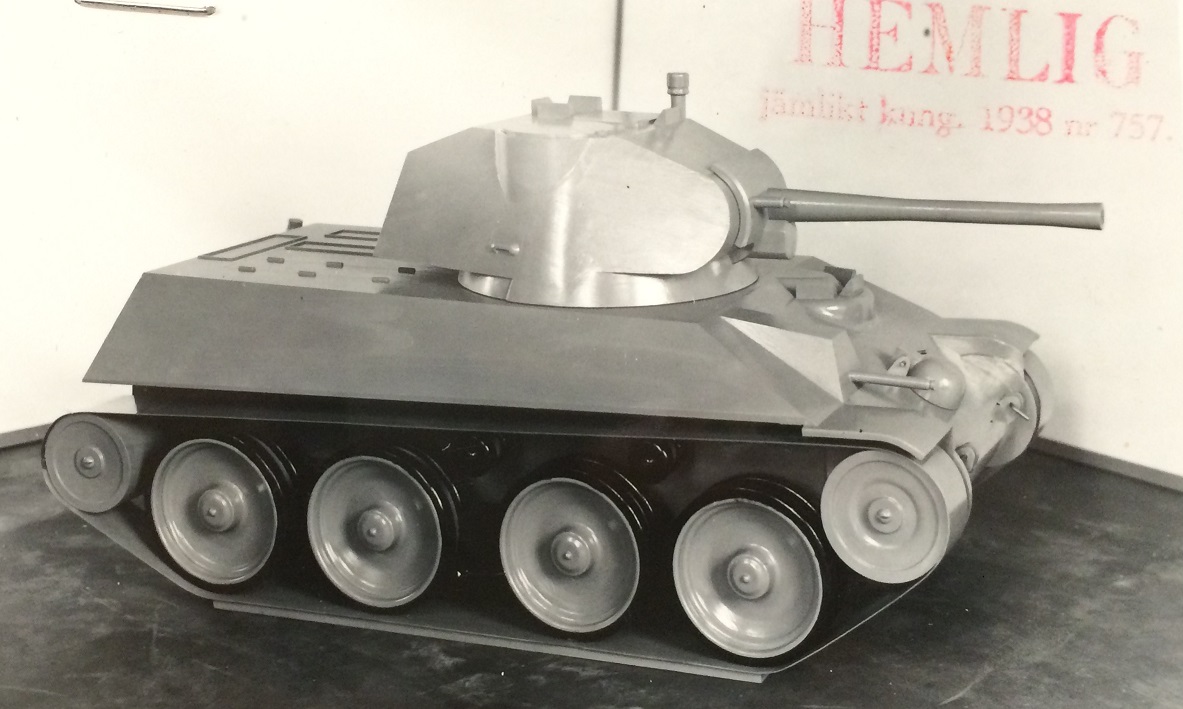