here’s another one of the really strange wartime Russian projects, found by Yuri Pasholok in Russian archives. 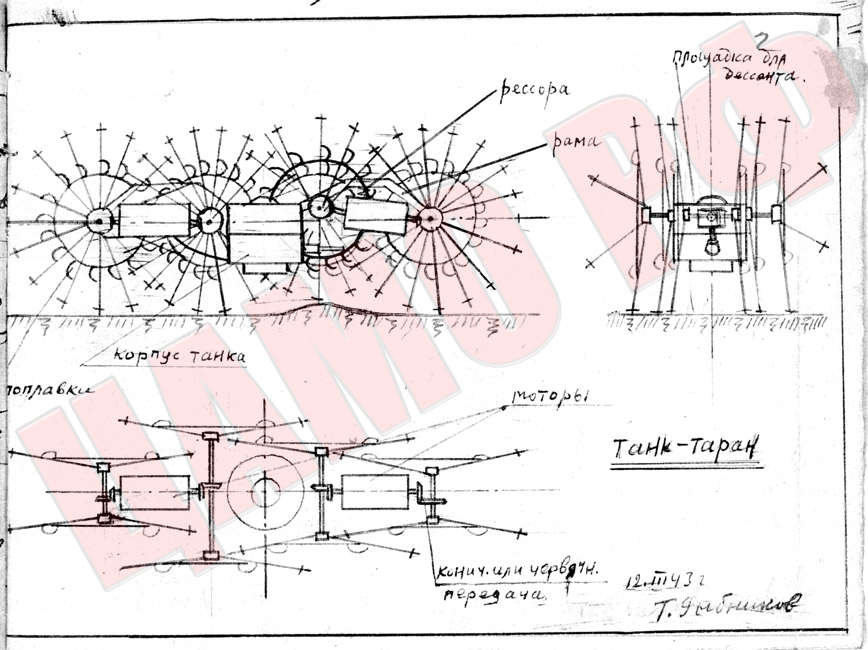 It was proposed by one Herman Vasilievich Rybnikov from Moscow in March 1943. The main idea was to propel an armored crew compartment by a set of large “wheels”, that would end with thin pointy “spikes” and apparently to run it into enemy infantry. The wheel diameter was around 4 meters and the “designer” proposed the speed of 150 km/h. According to the drawing, the vehicle was also supposed to carry an infantry unit riding in one of the armored boxes.

Needless to say, the proposal was not accepted by the army.