I have read lots of people complain that the KV-1S is ahistoric, and should not get any larger gun than 76 mm, citing that the only KV with such a gun was the KV-85 (when questioned on the difference between a KV-1S and a KV-85, they fall silent). To clear up any difficulties some people may have with nomenclature, here are some choice bits from the archives.

And, of course, here is an oldie but a goodie:

Hopefully that clears up any confusion as to what KV had what kind of gun in it.

Edit: it appears that people are somehow more confused about the KV-1S and its armament now. 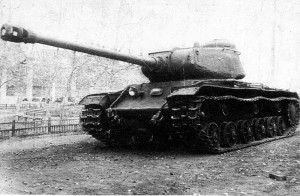