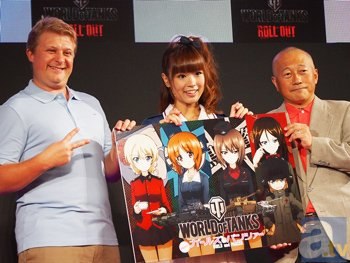 It was confirmed yesterday at Tokyo Game Show that Wargaming would be doing an official Girls und Panzer voicepack. This voicepack will be free to download. The first person to do the voiceover will be Mai Futigami (the voice of Miho Nishizumi). Other actresses will make voiceovers later after that. Also, the players have been assured that the cooperation does not end with the voiceover and manga.