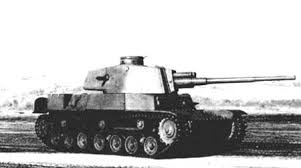 In the beginning plans were for a 20 ton tank with 50mm of armor with new features like an electrically driven turret. By February 1943, plans changed to 75mm armor, the 57mm cannon and top speed of 45kph.

For a bigger tank, a new engine started development by Mitsubishi and AL in 1943. The result was a air-cooled diesel 412 horsepower at 1800 rpm.

Multiple types of suspensions were examined such as the staggered road wheel layout from Germany (Chidori) and torsion bars. but the Japanese settled with what they were familiar with, the coil springs.

The 57mm cannon prototype was completed in March 1944. It completed testing and was officially named the Chi-To in May 1944.

In the very same month, the Chi-To received the requirement to mount a high velocity 75mm cannon. The cannon would come for the Chi-Ri tank program. The single tray loader would be removed and the cannon was named the “model 2″ and was used for the Chi-To. There were delays in getting the new cannon on which eventually happened in early February 1945. A new turret and hull was designed and planned to enter production beginning in August 1945 (the “production version”). Plans were written up to create 170 Chi-To tanks by the end on 1945

Prototype on the left, production version on the right 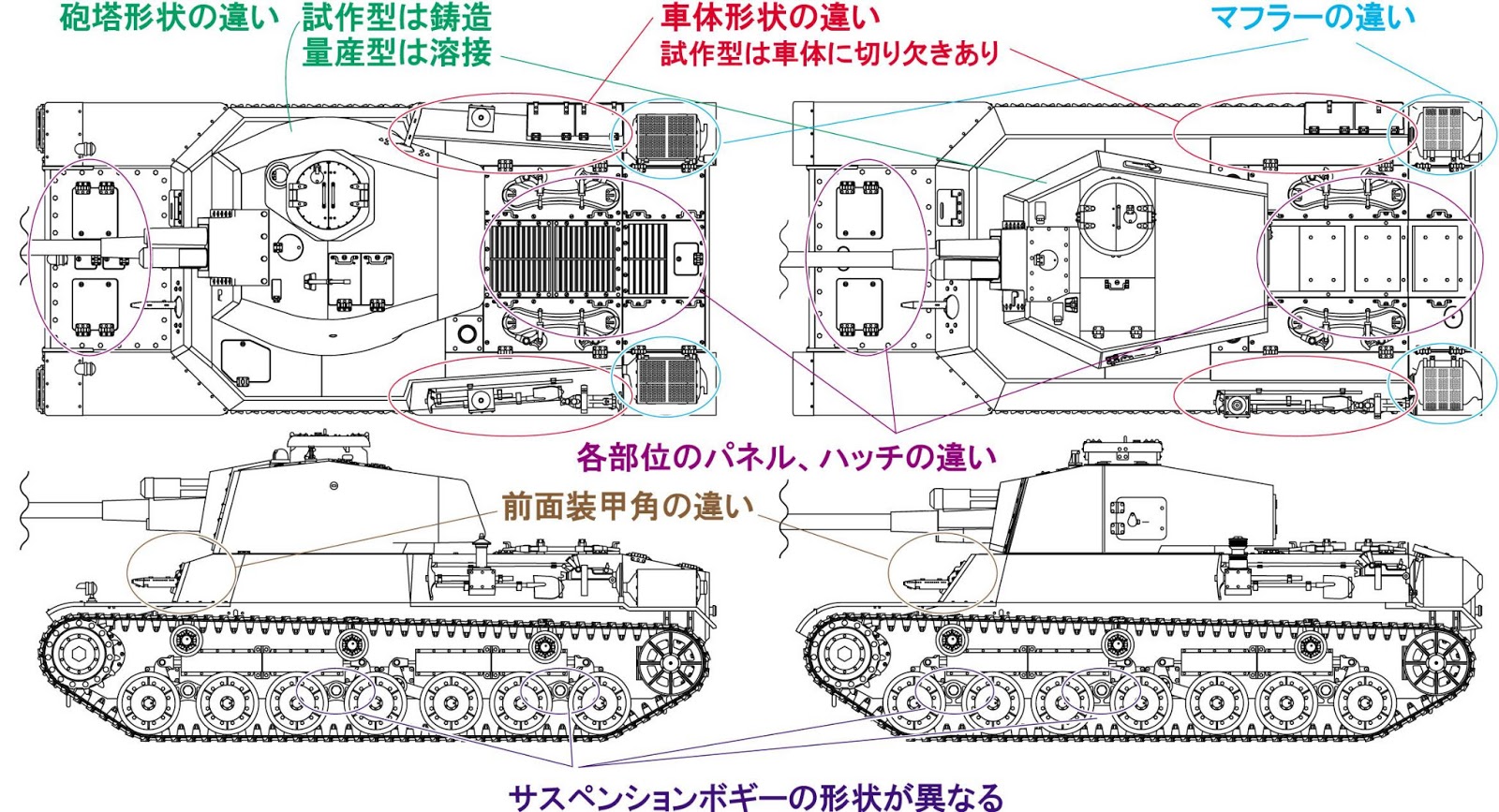 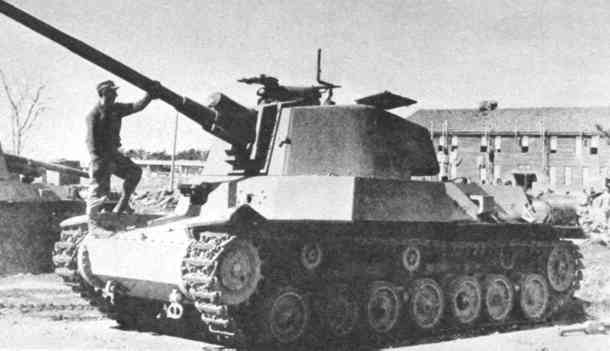 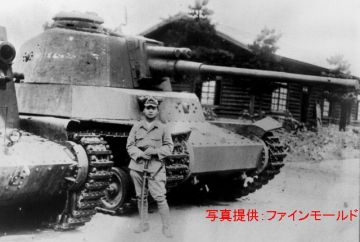