Yuri Pasholok (as a response to questions by Russian players) recently posted a short article about the WTP4 (that’s how I’m gonna cut it short anyway). Yes, it’s historical. Yes, it existed.

Waffenträger auf Panzer IV was designed by the Germans, not Wargaming. The vehicle that is in game was developed between the end of 1943 and the beginning of 1944. On paper, it had roughly the same parameters as various other similiar projects:

- speed at least 17km/h
- 360 degrees gun traverse
- using powerful but available guns with regular gun shields and allowed some side protection
- the possibility to demount the gun and put it on regular towed lafette
- minimal armor, around 8mm

WTP4 was designed in two variants: with 149mm sFH 18 howitzer: 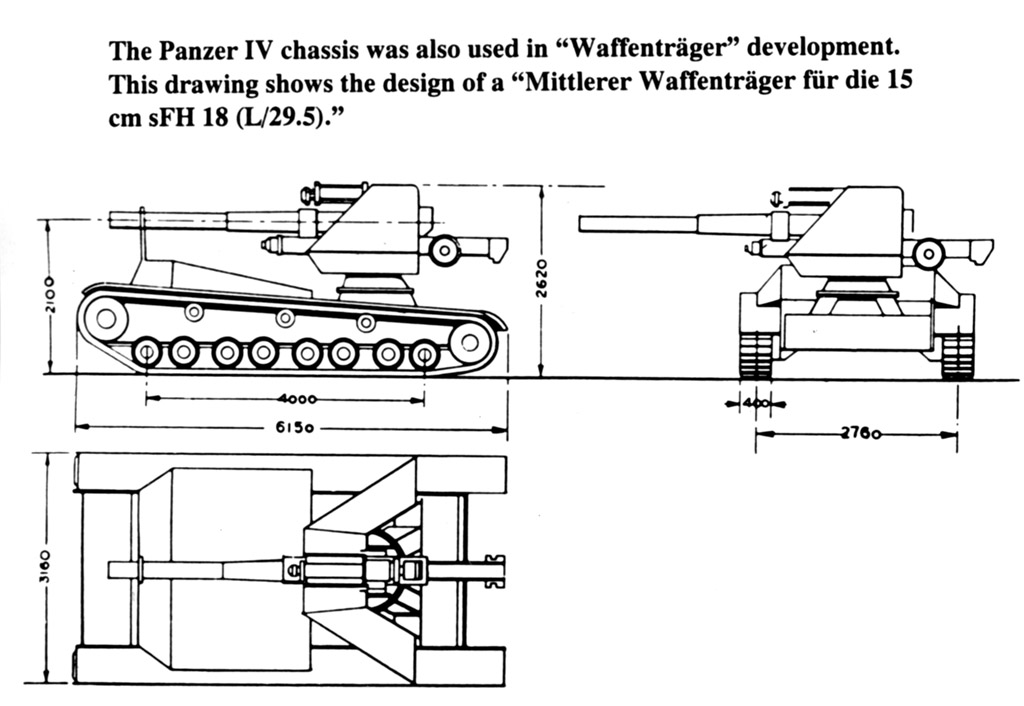 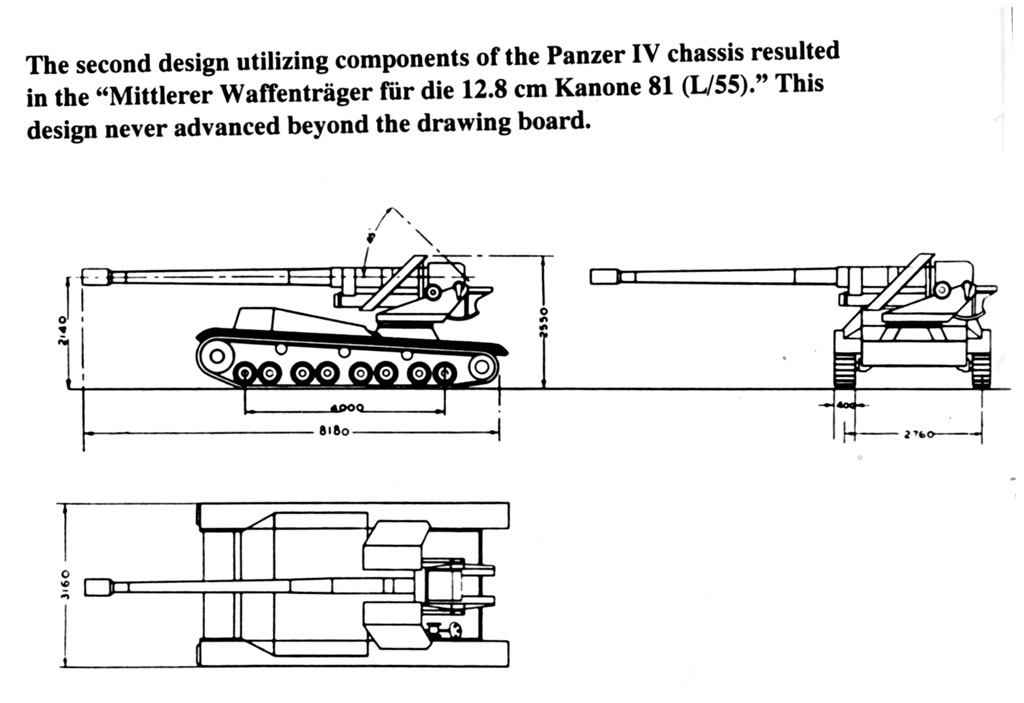 The design was actually scrapped, because in early 1944, the developers started considering putting the guns on even lighter chassis (in this case modified 38t or even 38d) – and Panzer IV didn’t fit it. Another role was possibly played by the fact that by 1944, Panzer IV was already scheduled out of production (by the end of the war, only three unified platforms were scheduled to be manufactured: 38t, Panther and Tiger II). Regardless, WTP4 never made it past the drawing boards. In case you are wondering what the hell is K81: it’s a 128mm variant with different lafette (either from Soviet ML-20 howitzer or French GPF) and different recoil mechanism. The muzzle brake was also different from PaK 44, or it wasn’t used at all.