Yuri Pasholok recently published a document from January 1943, giving us further insight into what the Soviets thought of their 1942 American lend-lease vehicles. Here it is: 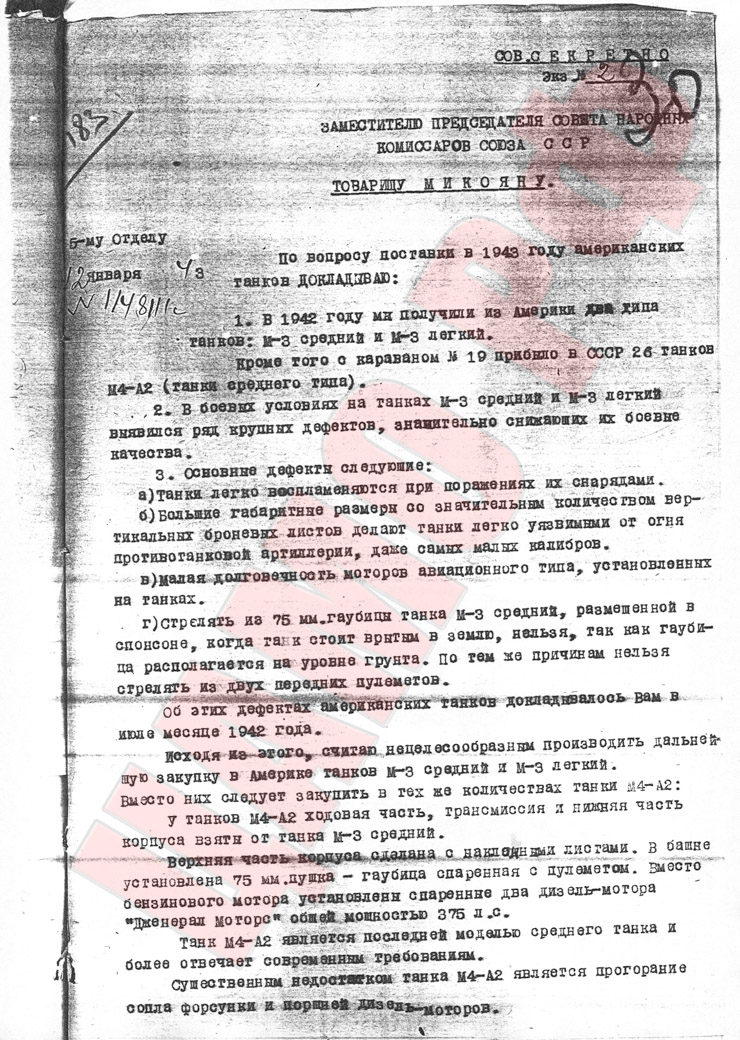 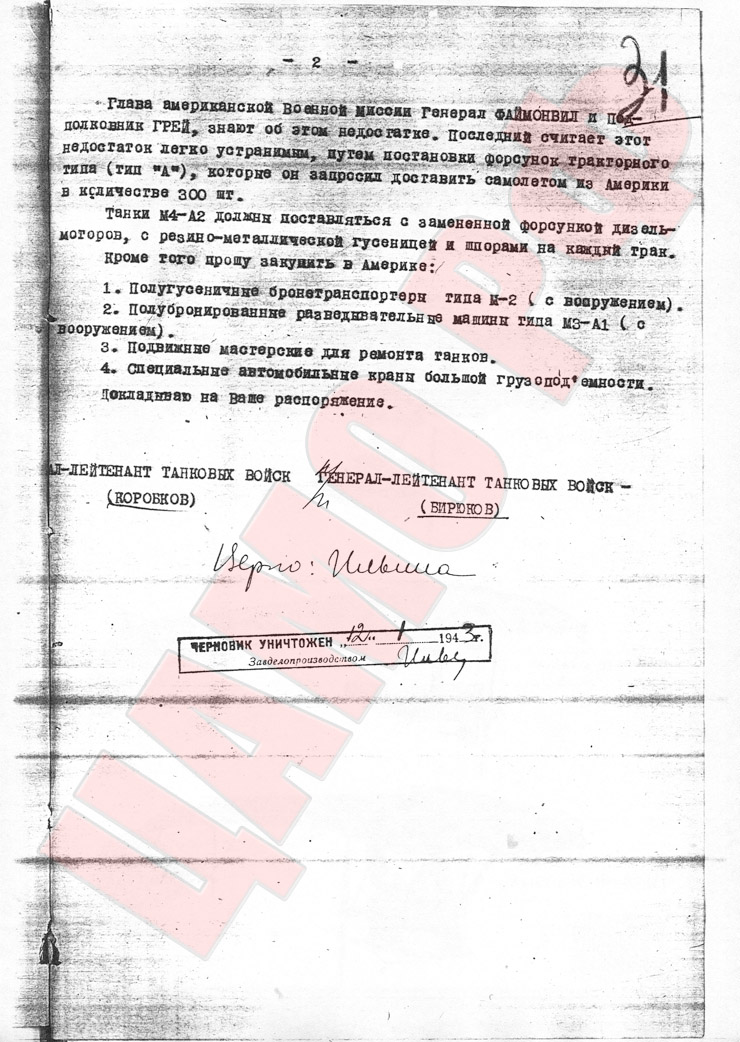 on the question of 1943 delivery of American tanks I report:

1. In 1942, we recieved two types of tanks from America: M3 Light and M3 Medium. Apart from that, 26 tanks M4A2 (medium type tanks) made it to the USSR with convoy 19.
2. In combat, a number of major issues appear on tanks M3 Light and M3 Medium, reducing significantly their combat quality.
3. The main issues are the following:

a) the tanks start burning easily when penetrated by shells
b) large dimensions with significant number of vertical armor plates make these tanks easily damaged from enemy anti-tank artillery fire of even very small calibers
c) little durability of the aircraft-type engines, installed into tanks
d) it’s impossible to shoot the sponson-mounted 75mm howitzer of M3 Medium tank, when the tank is in hulldown position, as the howitzer is located on ground level. It is also impossible to shoot two frontal machineguns that way for the same reason.

These issues of American tanks were reported to you in July 1942. Based on this I consider it pointless to buy M3 Light and M3 Medium in America further. Instead of them we should buy the M4A2 tanks in the same numbers:

The suspension, transmission and lower hull of the M4A2 was taken from the M3 Medium. Upper part of the hull is made with sloped armor. There is a 75mm gun installed in the turret – a howitzer paired with a machinegun. Instead of the gasoline engine there are two linked diesel engines “General Motors” with combined output of 375 horsepower. The M4A2 tank seems to be the latest model of the medium tank and fits the current needs more.

The significant drawback of the M4A2 tank seems to be the burning-through of the nozzle injectors and of the diesel engine pistons. The chief of the American military mission General Faymonville and Lt.Col.Gray know about this drawback. The latter considers this drawback to be easily remedied by installing tractor-type injectors (type “A”), which he asked to be delivered by plane from America in 300 pieces.

The M4A2 tanks have to be delivered with the switched diesel engine injectors, with resin-metallic tracks and with grousers for each track. Apart from that, I’d like to ask you to buy in America:

Reporting on your command.

42 thoughts on “Soviet opinion on Lend-Lease US tanks”