- Q: “Why is it possible to actually destroy a tank by shooting it in its commander’s copula?” A: “It’s possible to destroy a tank by a shell penetration, by the penetration of shell fragments or by fragments of its own armor in the area behind armor. Commander’s copula provides direct access for the shells and their fragments to the area behind armor. So the logic is there. It’s like to complain that a house is also accessible via chimney, not just via door. It’s possible – not easy, bot possible”.
- regarding the above question, when asked how come parts that do not provide such access (such as AC48 rangefinder) do cause vehicle damage too: “Well, the tracks don’t repair in real life 6 seconds either, in real life the barrel can bend when crashing into trees… you know what I mean”

- SU-100Y has two AP shells. The AP shell with increased power (gold shell) loses the penetration a bit faster over distance than the regular one, but the difference is negligible
- HESH shells in WOT are simply HE shells with increased penetration
- SerB states that the Vbaddict site map winrate statistics are “very far” from the truth
- SerB states that the LFP of King Tiger COULD have been 120mm on some pieces, WG decided that the 100mm “paper value” is “more correct”
- there is no data on a King Tiger (E-75) turret, that could hold the 105mm L/100
- there are enough ideas in WoT for 10 major (0.8.0, 0.9.0 etc.) patches
- about time limits: WoT is limited by appearance of smoothbores, WoWp is limited to the first generation of jets, WoWs is limited to the point when battleships lost their importance, eg. roughly the same time period
- SerB has not watched the “Megafactories” show on WG yet

And from developer blog:

- Veider: there will be a new award (Top Gun, Confederate style) for damage done in battle: top damagers (under certain conditions) in the losing team will recieve the same amount of credits and XP as if they won
- Sniper medal will be significantly reworked
- apparently, older collision models of suspensions will be reworked to feature a “hole” in the middle, like this: 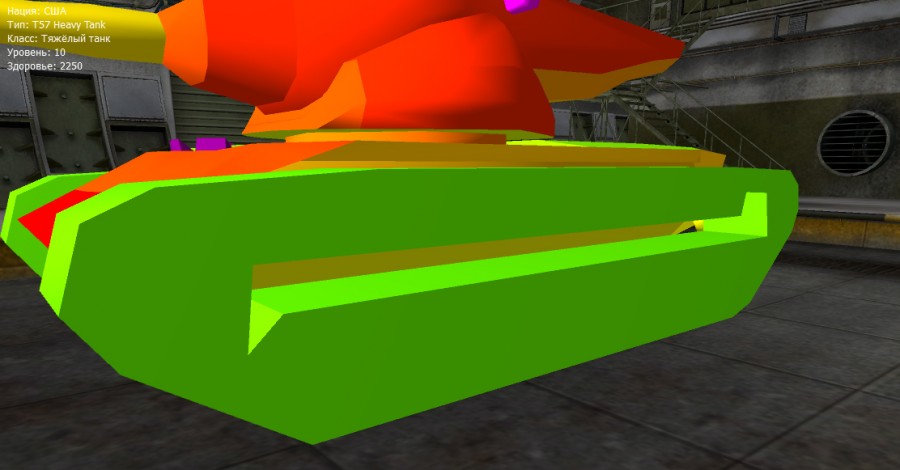 - Sturer Emil will not recieve a better stock gun (“And what tank you can’t penetrate with 169mm on tier 7? Stop smoking that already”)
- no plans for destructable (changeable) terrain for now
- Havok will bring destructable spaced armor (parts of it torn off)
- only some tanks will have optional hulls

Tanitha (SEA server) on roaming punishment: “Its likely or at least possible that any rule violations on a non home server, will result in the roaming feature of the player being switched off permanently. Breaking the rules on another server, isn’t a good option.”