A long time ago (well, not too long), I received a question that was very long and very thorough. It could be split up into two questions:
1) Were specific Soviet tanks designed to withstand specific German guns?
2) What was the quality of steel used by the Soviets?

The first part of the question is easy: yes, but not only German. Resistance to certain guns from a certain distance is a common requirement. For example, the KV-3 was designed to resist the German 88 mm AA gun, and the KV-4 went one step higher, resisting the 105 mm AA gun. The Shashmurin IS-2 was designed to meet the requirement of resisting the Panther, Tiger, and Ferdinand guns at any range from the front and at 500 meters from the side. The meek  MS-1 also had a similar requirement: resistance to .30 caliber AP bullets at 25 paces. That requirement migrated to subsequent T-26 and T-37 tanks, so I see no reason to doubt that the above requirements of resisting German cats were not applied to other tank designs of the era.

Some projects also come with hard armour requirements (ie. 180 mm instead of “impenetrable to 88L/71 gun at 500 meters”), but it is very likely that these figures were taken from the penetrations of real guns.

The question originally asked if the IS-3 was designed to be immune against the 88L/71, IS-4 against 105L/52, and IS-7 against 128L/55. The IS-3 against the 88L/71 is likely, since it was tested extensively. Svirin writes that the IS-4 was up-armoured to protect against 105 mm and 128 mm guns, so that is likely another checkmark. I have read that the IS-7 was immune to the 128 mm gun from the front, but whether or not that was a design requirement is a mystery.

Now, for a much more controversial topic, Soviet steel quality. You’ll see a lot of complaints about Soviet steel online, such that it was crushed into pieces at the softest of touches, poor QA, things like that. The reality is that the Soviets tested their steel. A lot. If you don’t want to read the article, here’s a summary: the plates were shot hundreds of times, both independently and as a part of a complete hull, heated up, cooled down, and shot again. A lot of people complain that Soviet penetration tests were unfair because the tanks were stripped and then shot at several times, but those standards applied to domestic tanks too. It wasn’t important to anyone if the plate could take a single shot from whatever gun, since that is not something that happens in combat. Multiple shots are always fired. A picture is worth a thousand words, so here are some pictures. 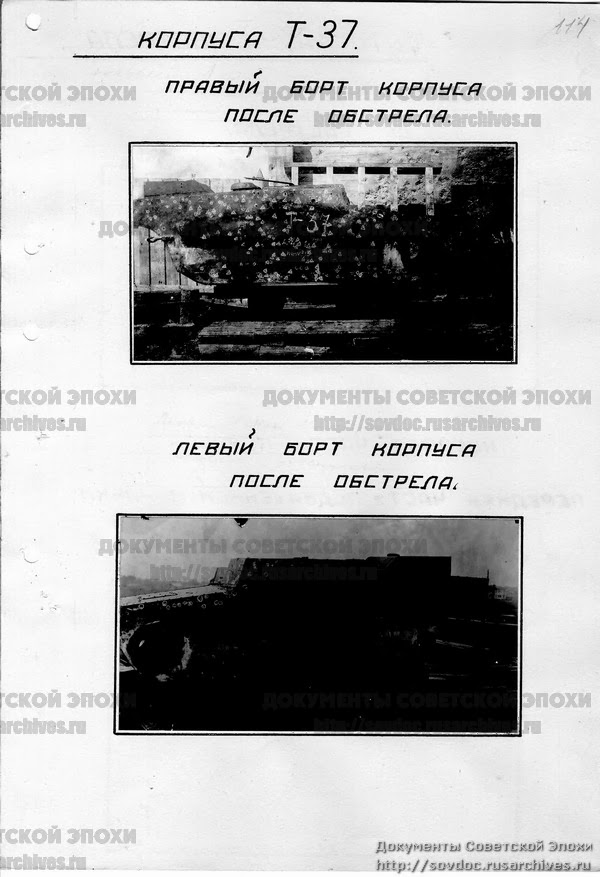 A T-37 hull after being shot hundreds of times during testing. 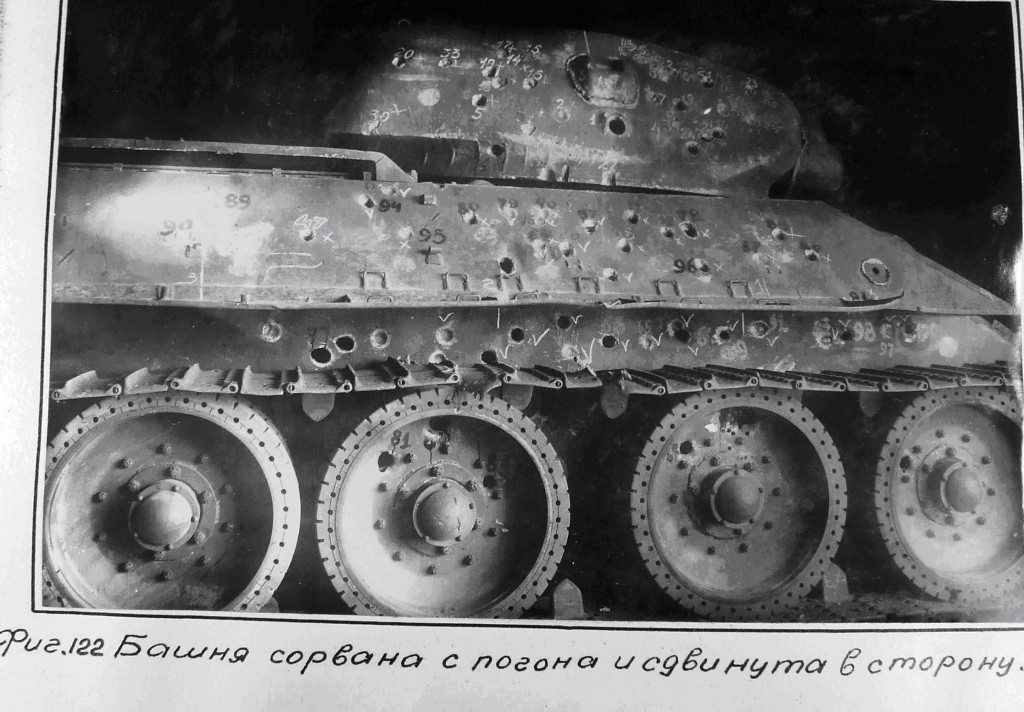 A T-34 after penetration testing. The caption reads “the turret was torn off the turret ring and shifted to the side”. This was not exactly a gentle handling of the armour, and yet not a single crack can be seen. 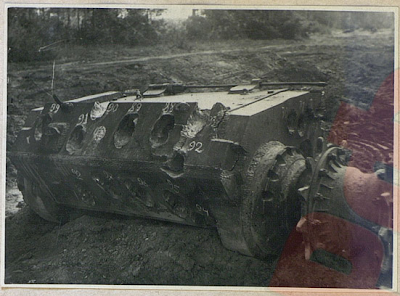 Object 701, being shot at from the rear. Every part of the surface is covered in deep pits from bounced shells. 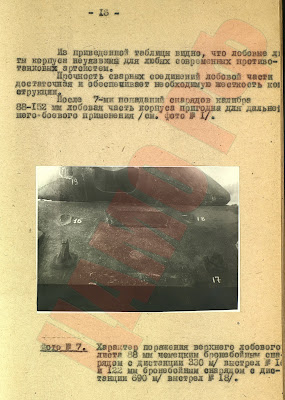 A KV after combat. The armour does not crack after many shots.

As you can see, Soviet armour passes these “unfair” tests with flying colours. This performance is not limited to proving grounds. Guderian himself pointed out the quality of Soviet steel in his memoirs.