If you are following World of Tanks news, you probably know already that Wargaming is introducing a new premium French tank called AMR-35. In the Wargaming tradition, it’ll probably be a free gift of some sort.

The version they are introducing is called ZT2. The main difference from a “standard” mass-produced one was the APX5 turret with a 25mm autocannon. It’s pretty exotic actually because only about ten of these was ordered between 1935 and 1936. The rest of its story you know already – France lost the war and all of its military stuff (including tanks) went to the Germans, who then mostly used it for training or counter-insurgency because some of the junk was super obsolete. 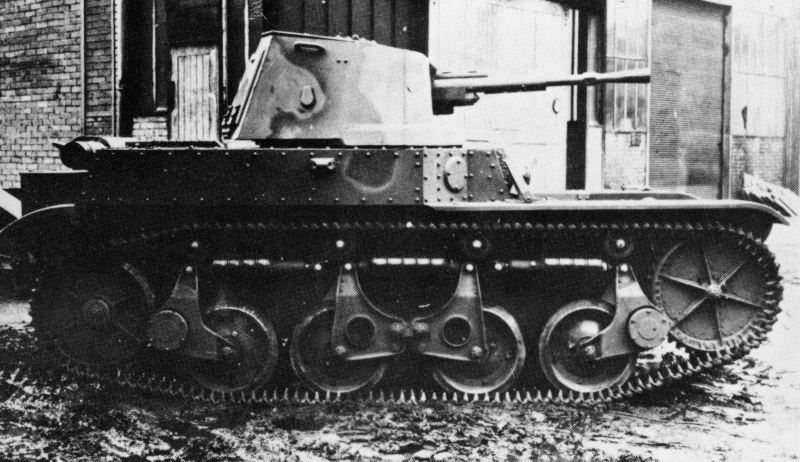 But, did you know that these little tankettes found themselves in 1945 in Prague of all places? On both sides in fact.

It seems that a second-line peacekeeping German unit, the 539th Special Purpose Division (Division z.b.V. 539) had a whole bunch of the “colonial” ZT4 model AMR-35s and used them during the Prague Uprising in the May of 1945. Some of them got subsequently captured by the Czechoslovak rebels and used against the Germans. Others remained in German hands and would, between May 8 and May 9, travel to Pilsen, where they’d end on a military scrap yard. Here, you can see a broken down AMR-35 near Prague during the last days of the war: 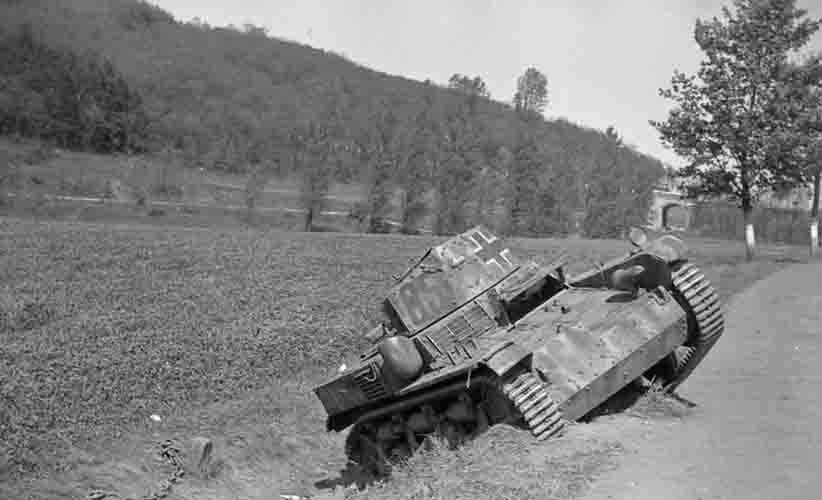 The captured AMX-35 tankettes actually ended (for a short while) in the Czechoslovak military inventory after being (presumably) scrapped, despite their historical value. Metal was at a premium during the days after the war and a lot of German stuff ended up being melted.