today, we are going to have a quick look at one of the imported Soviet vehicles, used by the ČSLA (Czechoslovak People’s Army), the ISU-152. 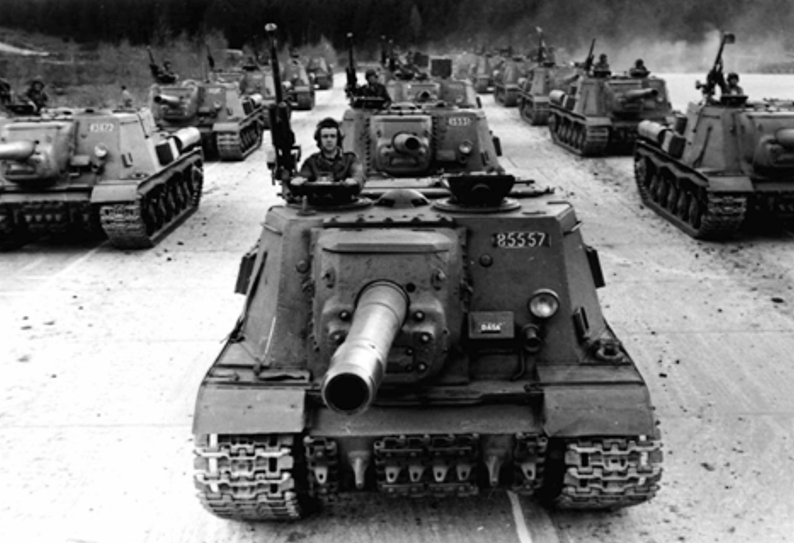 TSD-152 is the name, under which the ISU-152 self-propelled guns were serving in the Czechoslovak army. The name itself means “Těžké Samohybné Dělo” (heavy self-propelled gun). First were imported in late 40′s (apparently by 1949, we had 20 of them). Altogether, the overall number of imported vehicles from Soviet Union reached 36 (in May 1951), while in August 1958, 31 were kept in reserve in Slovakia and in April 1961, 22 were still held in reserve.

Allegedly, they were a part of the 1st Heavy SPG Regiment in Strašice (created in Autumn 1950), where they at first formed one batallion, later it was increased to two. The regiment was disbanded in 1956 and the vehicles were transferred to army reserves. The date, when they were removed from reserves, is not known, but they most likely survived in reserve warehouses until the first half of the 70′s. Francev states that between 1966 and 1972, several vehicles were assigned to the Border Guard units (border guards were a part of the army, not police). The only real use for them was training and of course, military parades. Heavy self-propelled guns were not a popular category in the Czechoslovak army – medium self-propelled guns SD-100 (license produced SU-100 with some smaller improvements) were far more popular and remained in service for a long time (far longer than they should have due to politics – they were also widely exported and a lot of “SU-100″ vehicles, participating in the middle-east conflicts, were actually SD-100′s).

After their removal from service, some were converted to civillian vehicles (heavy tractors) and used further for heavy hauling. Here, a photo from 1973 from the building of a highway for example.

In Czechoslovak service, the vehicles were coated apparently by the same olive drab colour as other Czechoslovak tanks (if anything, this would be the base color for the Czechoslovak branch). They were not modified as far as I know. 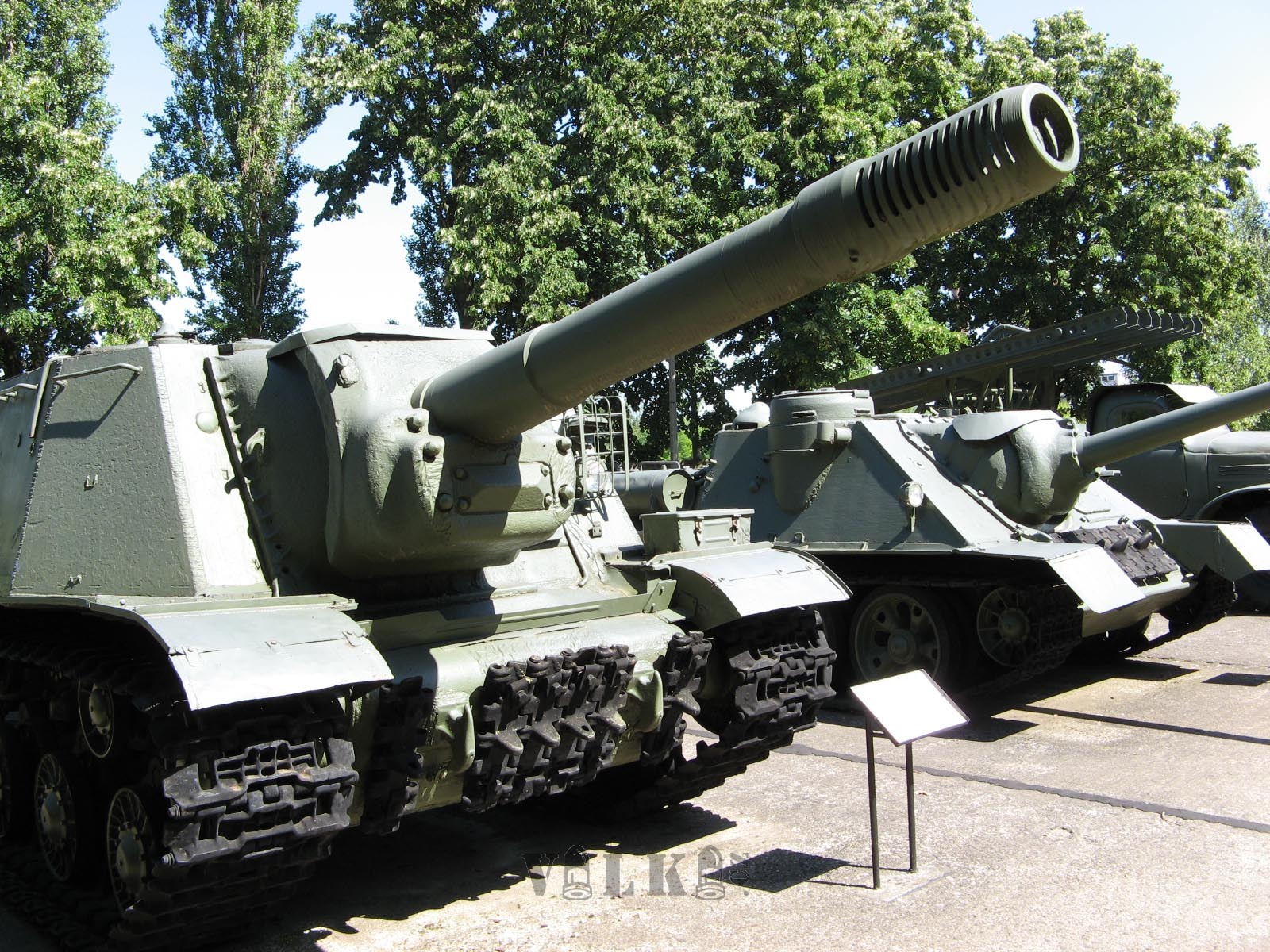