we all know that Wargaming EU is sometimes… well, let’s say not too eager to ban nasty offenders (just remember the impotent EU “bot hunt” before the shit was stirred up by St0rmshadow), but this surprises even me.

Remember the asshole nazis from the _LOL_ clan? Well, they did get reported and “punished”.

What is the punishment for stuff like “you Jewish swine”, “SIEG HEIL” and “fuck off Polish jude” – things, punishable by law with prison?

No more than two days, I kid you not. Check this out. The nazis were punished on March 24th, a day after the post on FTR came out (I checked, they weren’t banned by the time the article went out). A day later, on 24.3.2014, this is what their clan screen showed: 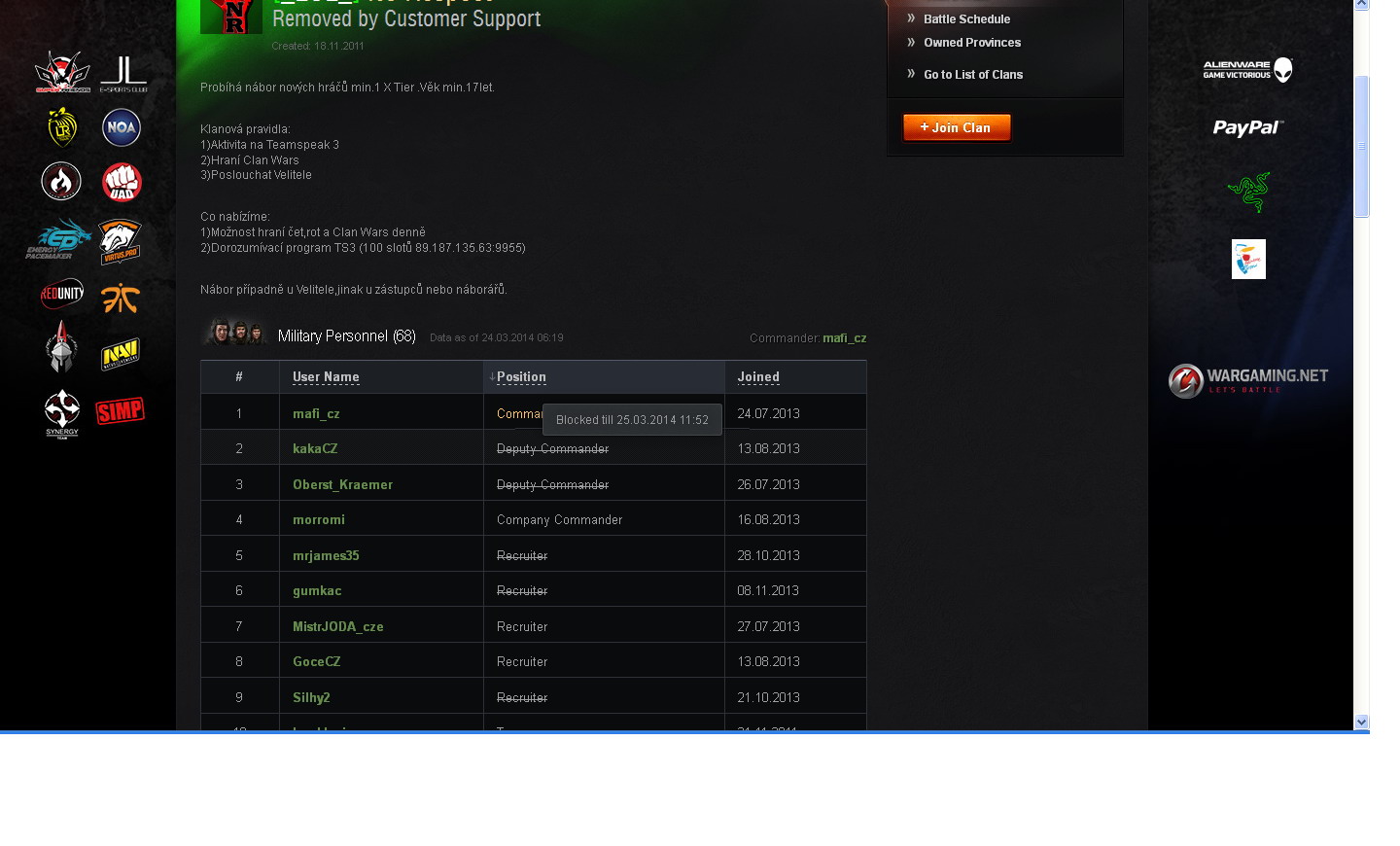 All the “crossed” names participated in the nazi spam and all of them were banned for the same duration: from 24.3. to 25.3. (as you can see on the screenshot). Two fucking days (maybe even not complete ones). So this is how seriously does Wargaming take the nazis in games? Bleh.

And yes, I know these people are probably not real nazis, just idiotic kids, spamming stuff they don’t understand. That’s actually even worse, because it proves that there are people, who take nazism casually. It should never be taken casually, this is not what our grandfathers and great-grandfathers bled for, especially coming from Czechs. I am truly ashamed that these people share the same country as me.