Thanks to RW for this one

when I saw the abovelinked article for the first time, I thought it would be “one of those British things”, given the fact it was published in the Guardian, but no, it comes from Russia.

Apparently, Russian inventor Aleksandr Georgievich Semenov, invented a brilliant way of disposing ehm… “human waste” in a tank. You fire it at the enemy. 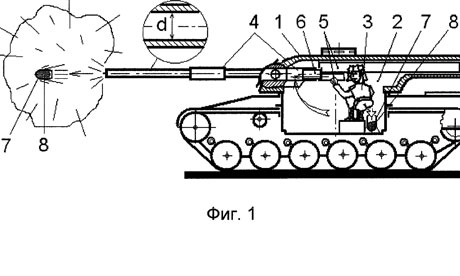 The basic principle is: soldiers shit in shells and then fire them. Nope, this is not a joke or a prank – this guy actually had this seriously patented in 2009 (two drawings – one of them postedabove – and 12 pages of text). Basically, a soldier shits into the open compartment in the shell warhead, loads the shell, and fires it either into “safe area”, or “at targets of opportunity”.

Well… everyone knows Russians are into psychological warfare, but this is brutal… even for them.