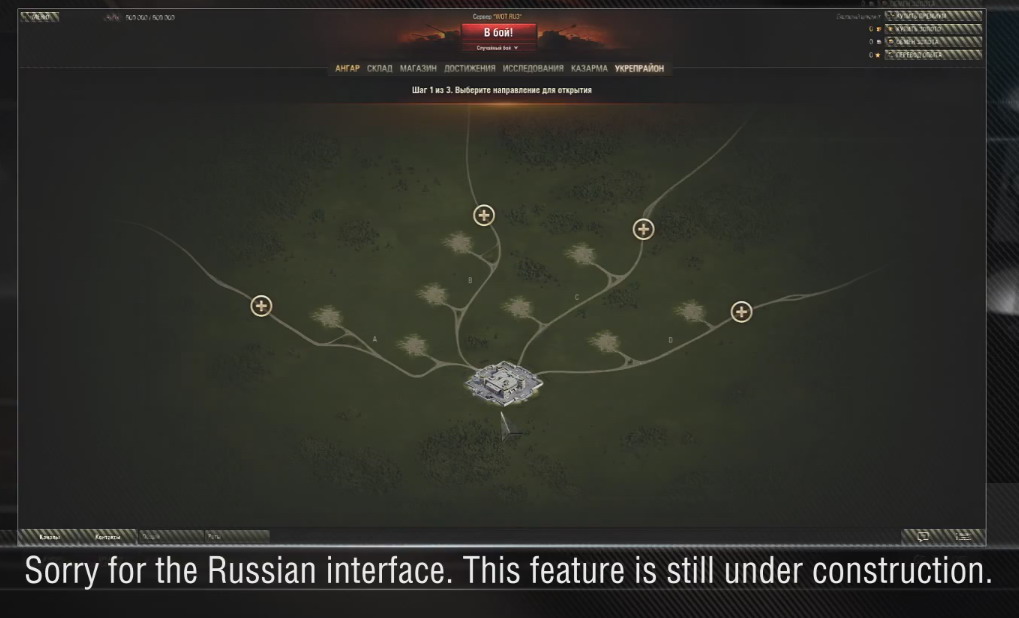 - there will be a possibility to fight over clan bases, this will be independent on CW’s
- features in this mode: airstrike, recon, mines, AI pillboxes (acting like artillery apparently)
- historical battles – uneven team numbers, special characteristics for HB tanks (different from the tanks of the same configuration in random battles!), heavies will have less HP, respawn model (heavies don’t respawn, lowtier meds do)
- garage battle mode is coming by the end of the year
- team battle mode will be improved (team names, special awards)

Personally, I am not actually convinced this time this is for the good. Instead of improving Clanwars (not a word about that apart from the general phrases), endgame players will be split between CW mode and the “fortification” mode. This sort of “shattering of audience” proved practically fatal for the current company mode – before team battles, this mode was full of players, right now, it’s practically exclusively a training ground for clans for CW.

And garage battles? Who the hell actually needs that? I mean, it looks like random mode with respawn. I don’t know.

PS: Wouldn’t be WG EU without a fail, would it? Everyone gets a video. Not Germans though, they get a placeholder: 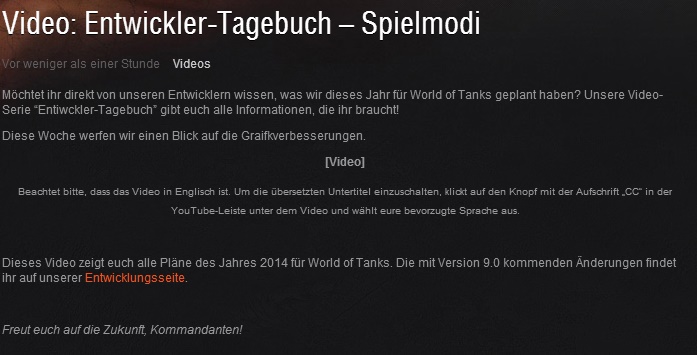