By Vollketten, and a thankyou to Sp15 and SilentStalker for their help

The defensively minded nation of Switzerland has been surrounded by Italy, Germany, Austria and France Switzerland and thus many of its tank choices reflect this. The Swiss military is well respected and was interested in tanks from at least the early 1920’s. Not tied to any formal defensive treaty with other nations, Switzerland prides itself in its neutrality, although it did have strong links with Germany during WW2. However, this freedom from treaties allowed Switzerland a large amount of freedom in choosing tanks from other nations and designing their own vehicles.

A brief rundown of some of the medium and light tank options for Switzerland. (Yes we know about the Swiss ‘Hetzer’, but we’ll deal with that in a later part about tank destroyers). This is the first part, dealing with an overview of medium tank options. Artillery and tank destroyers will come later.

The first tanks imported to Switzerland came from France in 1922, when they bought some Renault FT-17′s. In Swiss use, they were known as the Mosquitos. Keeping up with many European powers on the 1920’s and 30’s, Switzerland obtained some of the Carden-Loyd Mark VI light tanks in 1927-28 and Vickers-Carden-Loyd vehicles from the UK in 1934. (2 Vickers-Carden-Loyd tanks arrived in 1934 and 4 more arrived in 1935, bringing the total to 6). 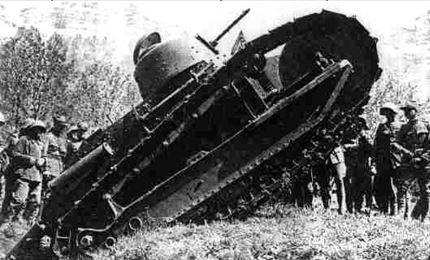 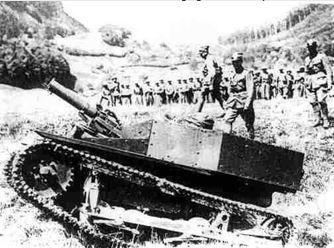 In 1940, Switzerland obtained a quantity of captured French vehicles (one source says that French forces drove them over the border rather than surrendering them to German forces and thus the Swiss seized them), including the Renault R-35. In Swiss service, this vehicle was known as the Leichter Panzer 35 and in 1939, Switzerland acquired the Czechoslovak LTH, which was known in Swiss service as the Panzer 39. The first 12 of these vehicles were supposed to be Czech assembled, fitted with the Scania-Vabis engine but without guns, later vehicles were sold in parts and assembled in Switzerland. A total of 24 vehicles were obtained and in Swiss service, these tanks were fitted with the domestic Saurer CT-1D 125bhp diesel engine and the domestic 24mm Oerlikon cannon under the name PanzerKanone 38. 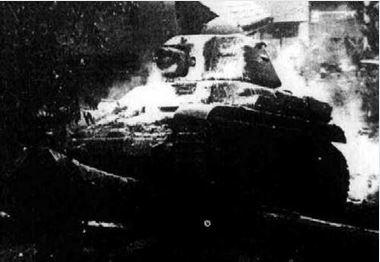 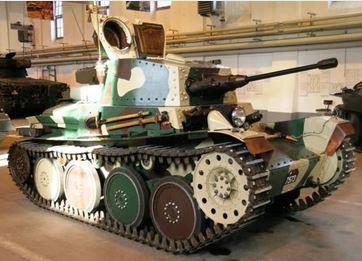 Switzerland obtained a number of AMX-13 light tanks from France in 1953, they entered service as the Leichter Panzer 51, fitted with a 75mm gun under the name 7.5cm PanzerKanone 51, and some Centurion tanks from the UK (1955 and a later a second batch in 1957). The first batch of Centurion Mk.III tanks bought in 1955 did not arrive until 1956 and 1957 and were known as the Panzer 55. The second batch of Centurion tanks, this time being the Mk.VII, bought in 1957, were delivered between 1958 and 1960. To further their supplies of Centurion tanks, which were clearly well-liked in the Swiss use, having beaten the M.47 in Swiss trials in 1952, third batch of Centurions was bought in 1960, this time from the South African surplus. These were Mk.V Centurions and some sources say these were known at least temporarily as the Panzer 60. Some late modifications of these Centurions included fitting them with diesel engines, tests with a Detroit V12 unit (unsuccessful) and in or around 1973, refitting of some Israeli centurions with a Teledyne Continental AVDS 1790-2AC engine and improved gun systems. 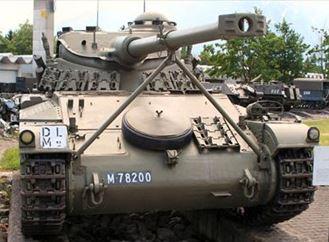 Panzer 57 Centurion with a diesel engine, evaluated by Switzerland 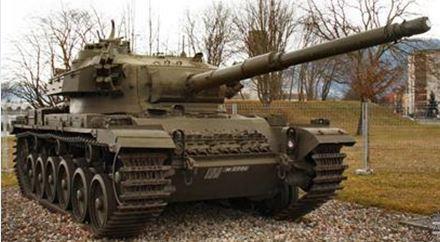 Also in 1960, a number of Centurions was upgunned to the British 105mm gun. The late 1950’s till early 60’s were a key time for Swiss tank building, as they started to produce their own designs, including the KW.30, which appeared in 1958. Two prototypes were produced in slightly different variations and were to be fitted with a modified Swiss 90mm anti-tank gun. Also the 1st prototype of Panzer 58 appeared at the same time, fitted with the same 90mm AT and a 20mm cannon alongside the main gun.

The second prototype of the Panzer 58 appeared 1959, fitted with a variant of the British 20 pounder gun, known as the PanzerKanone 58 and various changes were made to the design, until it was standardized and entered service. Development of the KW.30 happened either just before of alongside the Panzer 58 development and started before 195. A Swedish report gives the details as 30 tons, a 90mm gun, maximum speed of 50kmh, using an indigenous cast turret and hull with up to 150mm frontal armour (probably an effective value, but this is not specified). Serial production was due to start in 1956, although initial construction began in 1953. Production vehicles were to use an air-cooled Saurer diesel engine producing 600hp, although the prototype version would use the 500hp Mercedes-Benz engine until the Saurer engine is available. 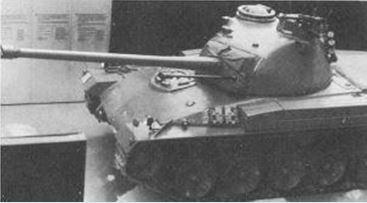 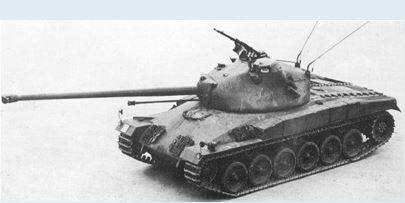 The Swiss did not just design a tank and then relax. Work continued on improving their design in all aspects, turning the vehicle into the 38 ton Panzer 61, which in 1964 was fitted with the excellent 105mm 52 calibers (L/52) British gun (L7) in a modified version, known as the PanzerKanone 61. The tank again retained its similar appearance to the earlier vehicle with the coaxial cannon. The main gun could fire APDS and HESH rounds as well as a domestically made HE round, but was not provided with any HEAT rounds. The hull and turret were both single piece castings by the Georg Fisher Company and the tank was fitted with a Daimler-Benz V8 diesel engine producing 630bhp and the top speed of 55kmh. An unusual feature of this tank was the use of the Belleville Washer type suspension on six independent roadwheels.

The hulls of this vehicle later formed the basis of an unsuccessful self-propelled gun project, known as the Panzer-Kanone 68, but even so, further work was done and new improvements made, resulting in the Panzer 68 Prototype, which appeared in 1967-68. It had a narrower-looking flat sides turret, mounted on a modified Panzer 61 hull. The first complete Panzer 68 turret on Panzer 68 hull appeared as the Mk.I in 1968. Overall, it was only marginally better than the Panzer 61 with 30 extra horsepower, 5 kmh faster and 1 ton heavier. 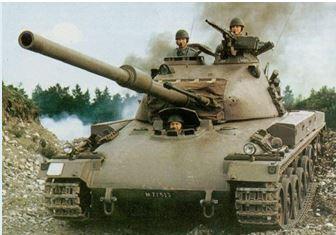 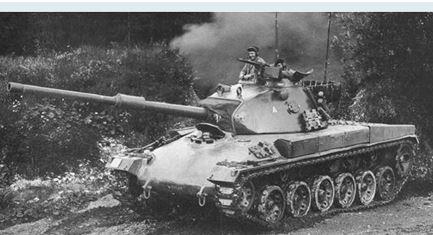 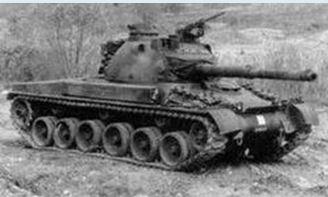 These vehicles remained in service for many years, undergoing continual improvements beyond the scope of WoT and this article.
In 1970, Swiss company MOWAG (well known for some interesting designs) designed their own Leichter Panzer with an off-centre engine at the front right hand side and front transmission. Formal name in not known at this time. MOWAG with Hispano-Suiza also produced (in 1956) the diminutive but powerful HW.30 fitted, with a 90mm anti-tank gun, but this project too did not go anywhere. 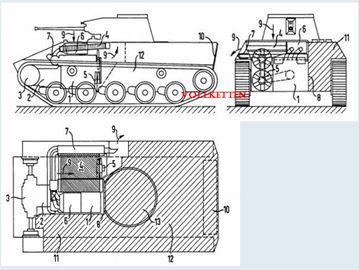 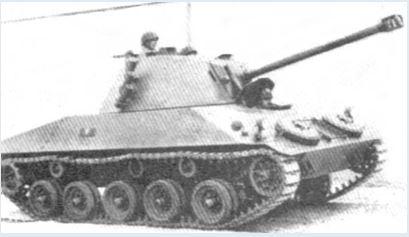