there were several conflicts all across the world, eclipsed (if not technically a part of or a continuation of) by the World War 2 and one of them was the fall of the French colonial dominion in Indochina. The French did have some armor on the spot as well, so let’s have a look at how the French-owned (but mostly American) tanks were doing in the jungly environment.

The first French armor to arrive in Indochina were five Renault FT tanks in January 1919, belonging to 16 Bataillon de Chars Légers (16th Light Vehicle Batallion), commanded by Captain de Cuverville. First trials were succesful and showed that the tanks could be very useful in colonies – and so, their number quickly rose to 30. By 1928, there was already a company of tanks present in Indochina, supported by armored cars, such as White Mle 1918, AM White-Laffly and Peugeot Mle 1925. These were used mostly for “muscle flexing” and “sabre rattling” in various areas, where they were transported mostly by ships.

In 1938, the French armored units in Indochina were reorganized into three Détachements Motorisés – one located in Hanoi, another in Ting and third in Saigon. All three units had bicycle infantry and Renault UE31R armored transports attached to them, but at that point, the state the armored vehicles were in was already catastrophical, which is why they did not participate in border clashes with Thailand between 1940 and 1941. As General Billote reported in one of his dispatches, the Saigon armor was used only once per year on the 14.7. parade, the Tonkin armor could not be used at all – it’s basically a heap of rust and cannot be repaired. Ever since mid-1940, the general governor of Indochina, General Decoux, requested reinforcements from France in the form of at least 100 Renault R-35 tanks, but his please remained unheard. And so, when in March 1945 the French clashed with the Japanese over the control of Indochina, they found out that all the armor was destroyed.

The end of the war caught France in bad state. Apart from having to repair the wartime damage done to its cities and areas, the French had to deal with the issues in colonies as well. Ever since 1944, communist partisans, commanded by Ho Chi Minh, were operating in Tonkin. They were supported and armed by the Americans and they rose up after the dissolution of the French colonial administrative in March 1945, by the end of August they captured the capital of Indochina Hanoi and on 2.9.1945 declared the independent state of Vietnam. 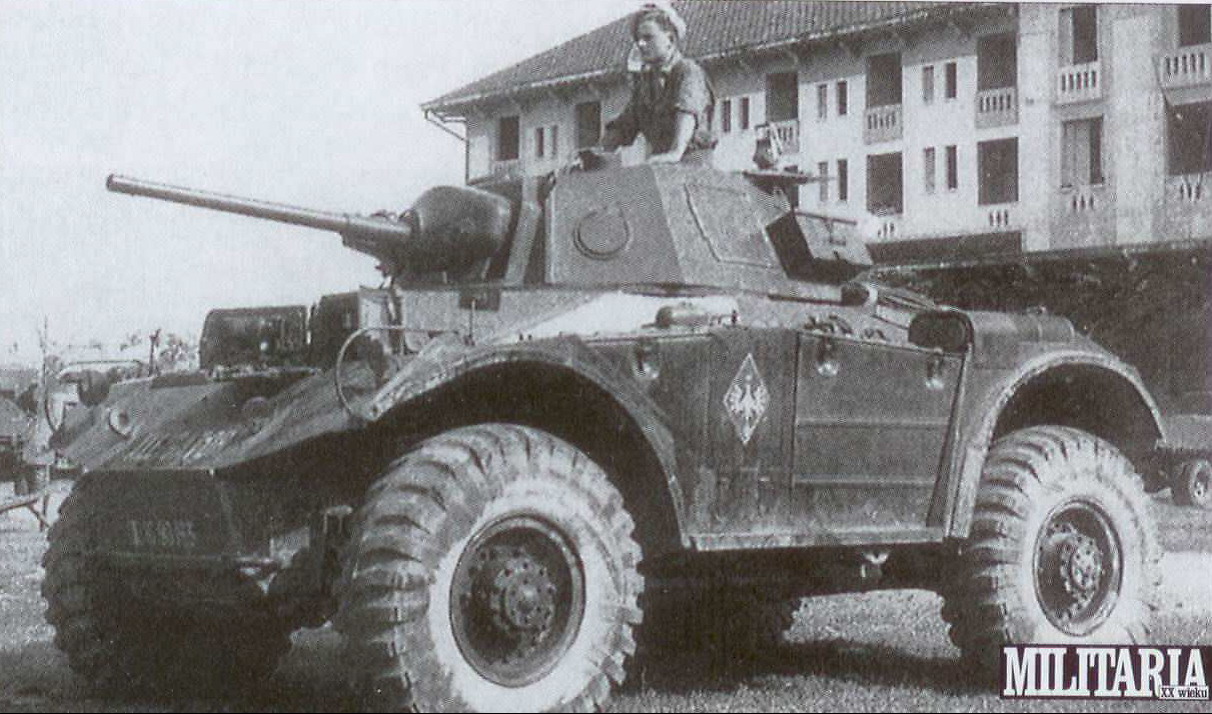 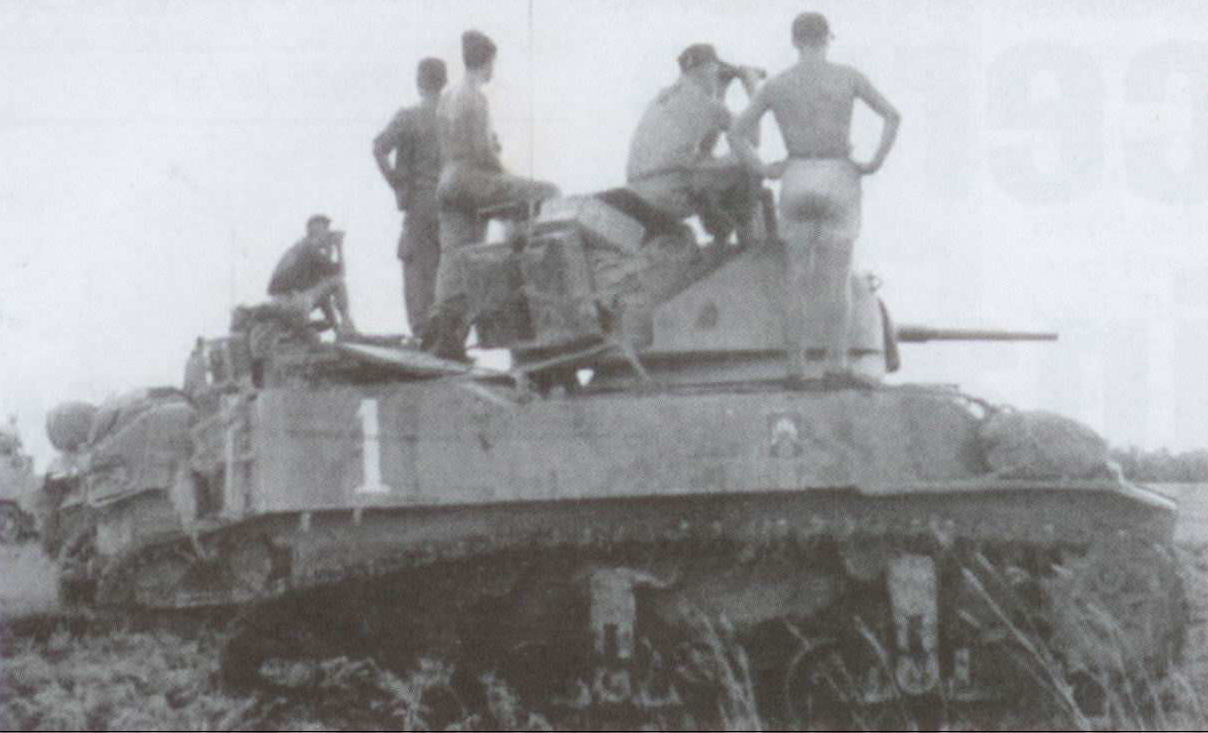 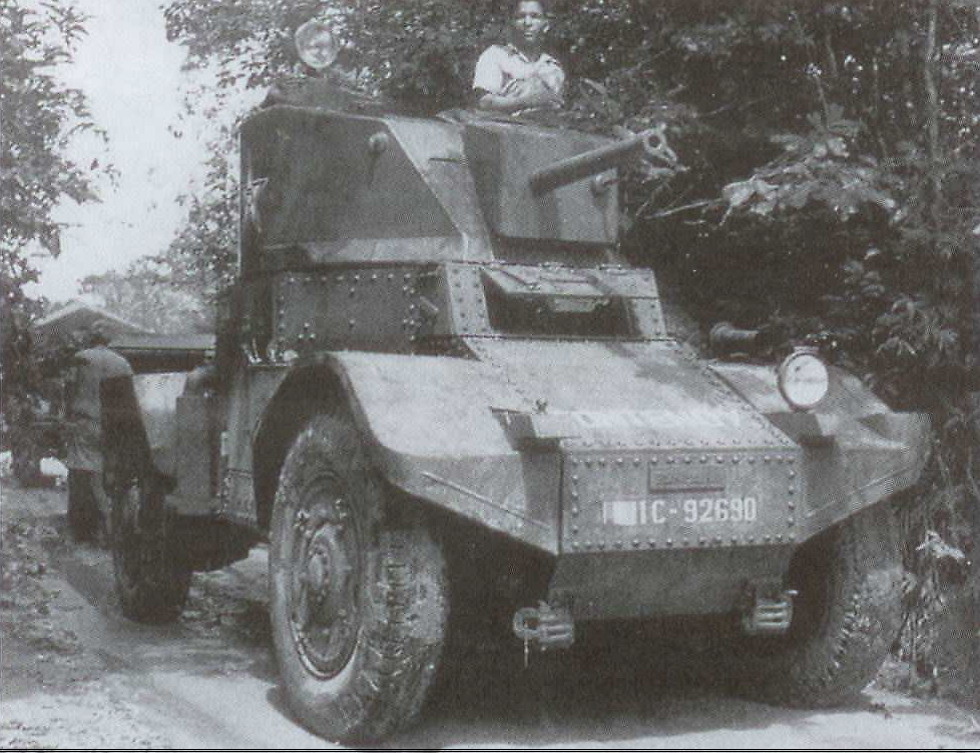 By the mid-October 1945, this unit, along with a company of marines from the battleship Richelieu, landed in Saigon. By 26.10., My Tho Mekong delta base fell, Vinh Long fell three days later and on 18.11.1945, it was Can Tho’s turn. Afterwards, the task force moved using various paths and roads towards Da Lat and Ben Me Thuot, which was captured on 5.12.1945. At that point, the French were in control of most of the land, that would later on become the South Vietnam. The north was however still controlled by Ho Chi Minh, which led the French politicians to negotiate with him. The negotiations ended in March 1946 by a signature of a treaty, which allowed the French unit to enter the Viet Minh controlled territory. The fighting continued in the remaining regions of Indochina, Laos and Cambodia as well, but the rebel forces in these territories were weak and it usually took only a few colonial and foreign legion units to restore pre-war order. In Laos, a demi-brigade of SAS, trained by the British took part in combat – it was equipped with Jeeps with machineguns. Cambodia fell easily to the French as well. In Phnom Penh, 9 Japanese tanks were captured – Type 89B’s, Type 95′s and Type 94′s. Local forces took four pre-war UM31 tractors as well and equipped them with machineguns. Together, this wild assortment of armor formed the Commando Blindée du Cambodge. This unit was widely regarded as a sign of French military weakness (having to use captured equipment), but in March 1947, it was at least reinforced with Hotchkiss H-39 light tanks, with 20 more added in 1948 as well. The French also recieved several dozen Panhard 178B armored cars (with FL-1 turrets).

Even in 1946, amongst the negotiations, both parties knew that the conflict would eventually continue – that’s why both France and Viet Minh continued to reinforce their units. Given the American point of view in this matter (the Americans were quite anti-colonial), France recieved most of its arms from Britain and so the French cavalry units, used as recon for the infantry, were equipped with Universal Carriers, Humber Scout Cars and good, but quite heavy Coventry Mk.I armored cars (the French bought practically the entire production). Armored car units thus consisted of four escadrons, each with 13 Humber and 19 Coventry cars and split into 6 platoons. These units were used heavily for patrolling and convoy protection.

17 thoughts on “French Armor in Indochina – Part I”