a couple of interesting statistics from the Minsk office of Wargaming, responsible for World of Tanks.

- 73 percent of employees in Minsk are men, 27 percent women
- every third employee has children
- every month, the office works together for more than 3 million hours (342 years)
- the largest department is “customer relations” with 21 percent of employees
- there are 1288 plants in the office (SS: I wonder how much time they spent checking)
- WG has dedicated transport, moving people every day from Minsk center to the office and back, these vehicles drove 40k kilometers ever since the program was started
- WG hires over 60 new employees a month apparently
- 9 of 10 employees took part in some education programs (1264 people) in 2013
- the surface of the Minsk office is 50k square meters
- in 2013, 3400 people were sent on business trips
- the office drinks 1700 liters of milk per month and 4300 liters of kvas (SS: tasted that recently, it’s vile, no idea how they can drink that)
- the office eats cca 16 tons of sweet pastry per year and also drinks 55k cups of coffee per month and three tons of apples
- internet traffic in 2013 was more than 400 terabytes (415k GB)
- in 2013, WG recieved 25 mil of letters and sent 1,5 mil of them
- the most common names are Aleksandr and Olga 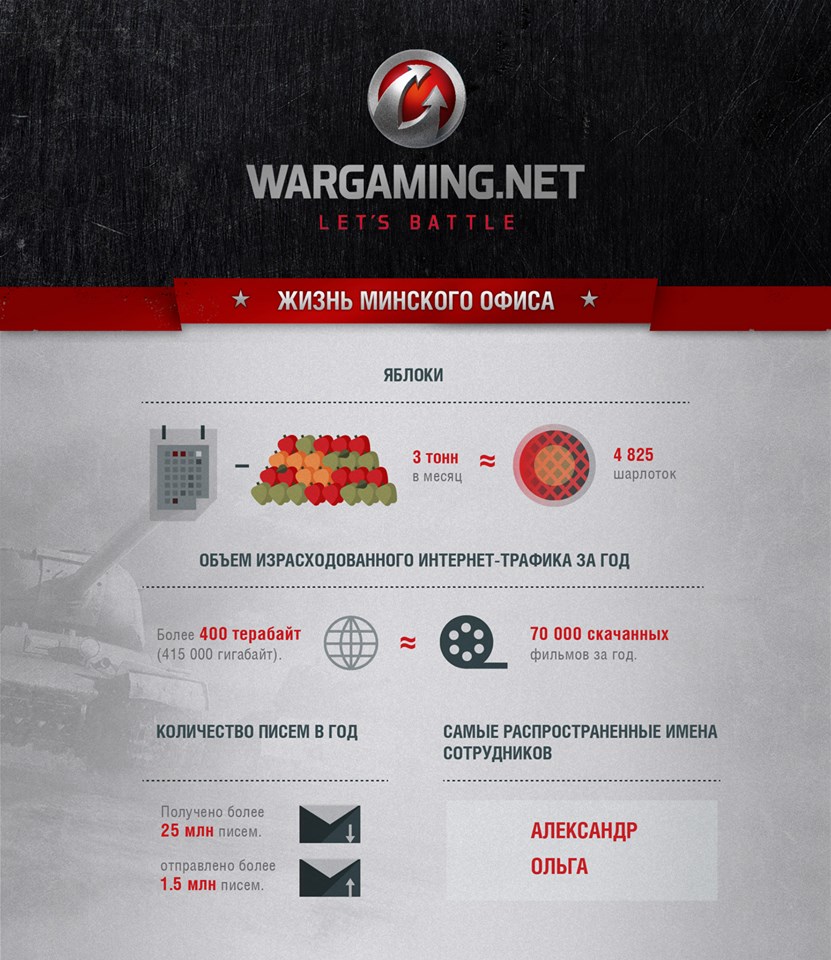 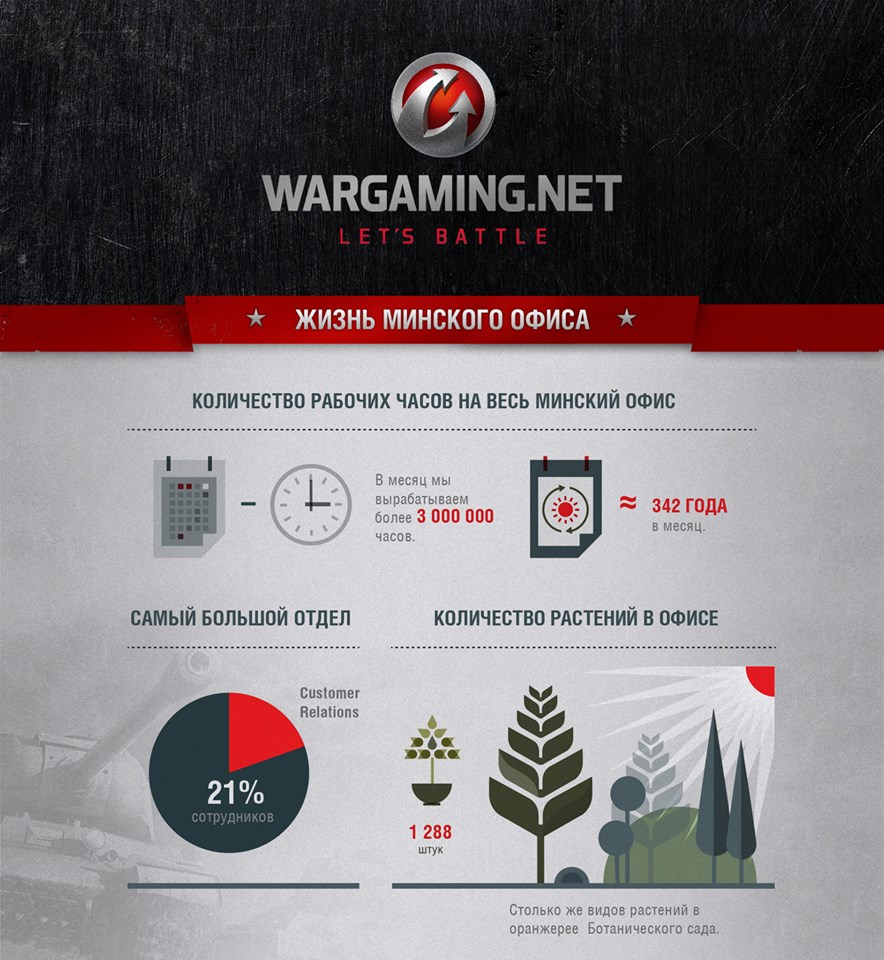 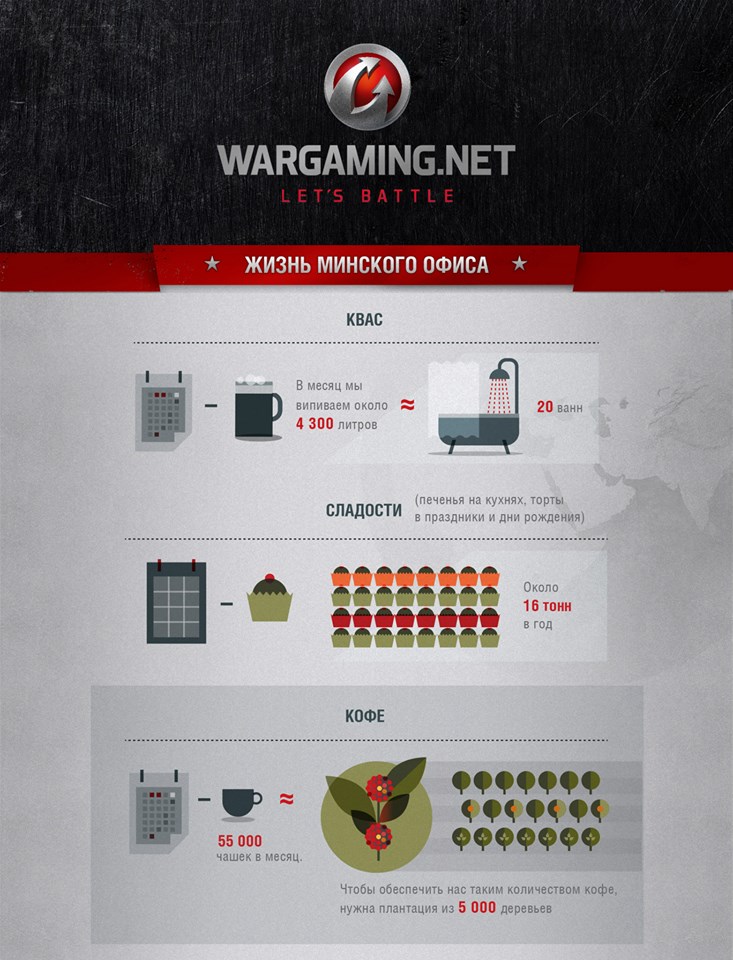 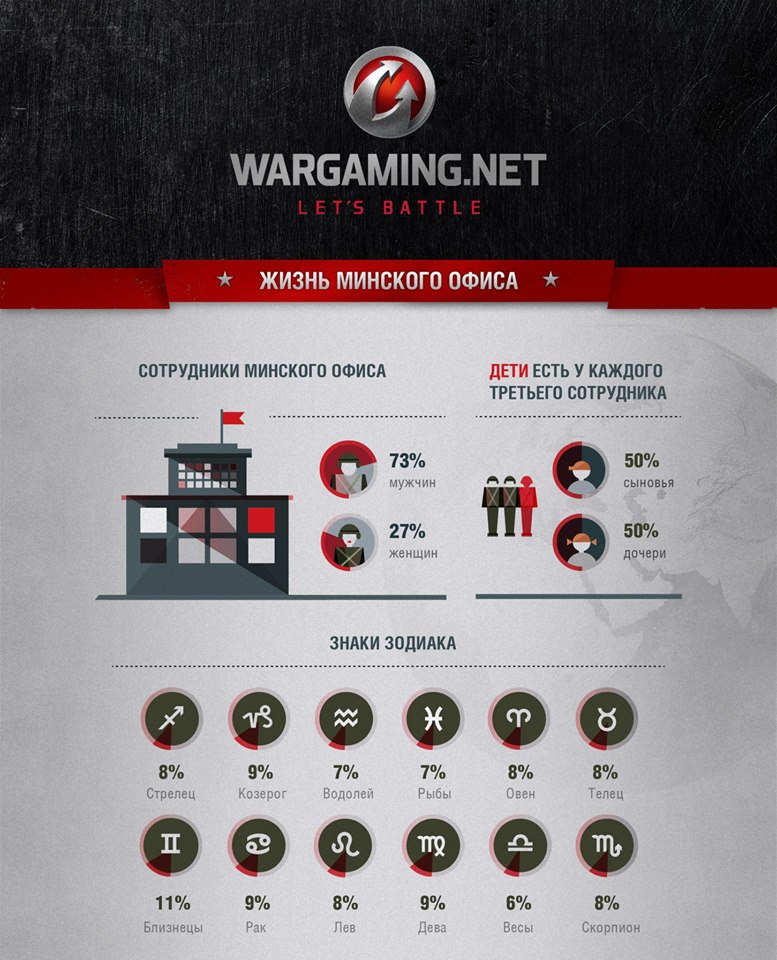 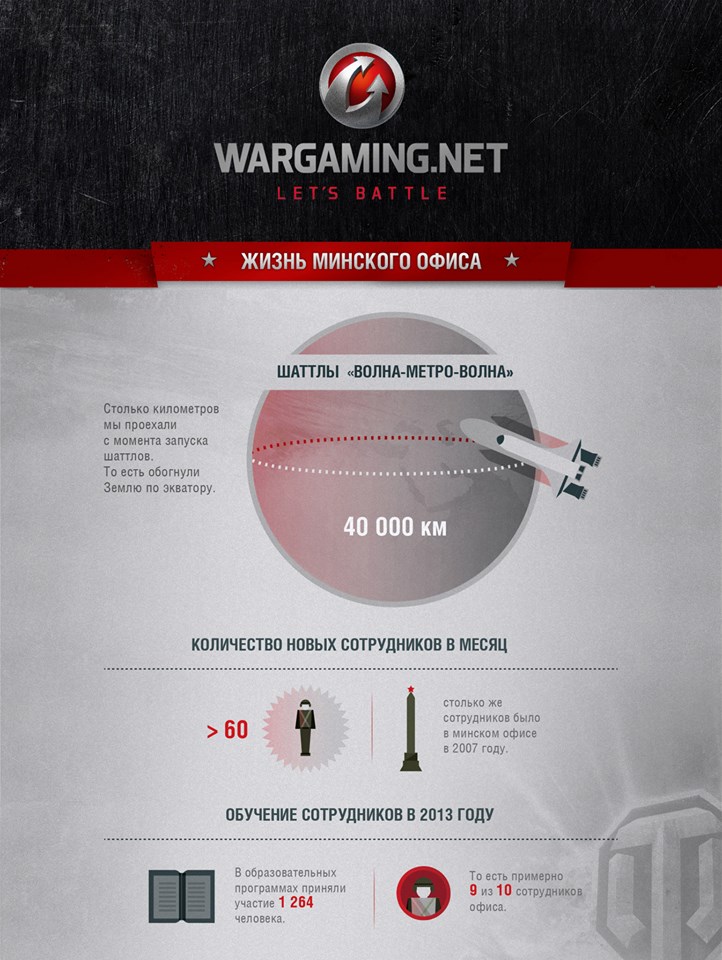 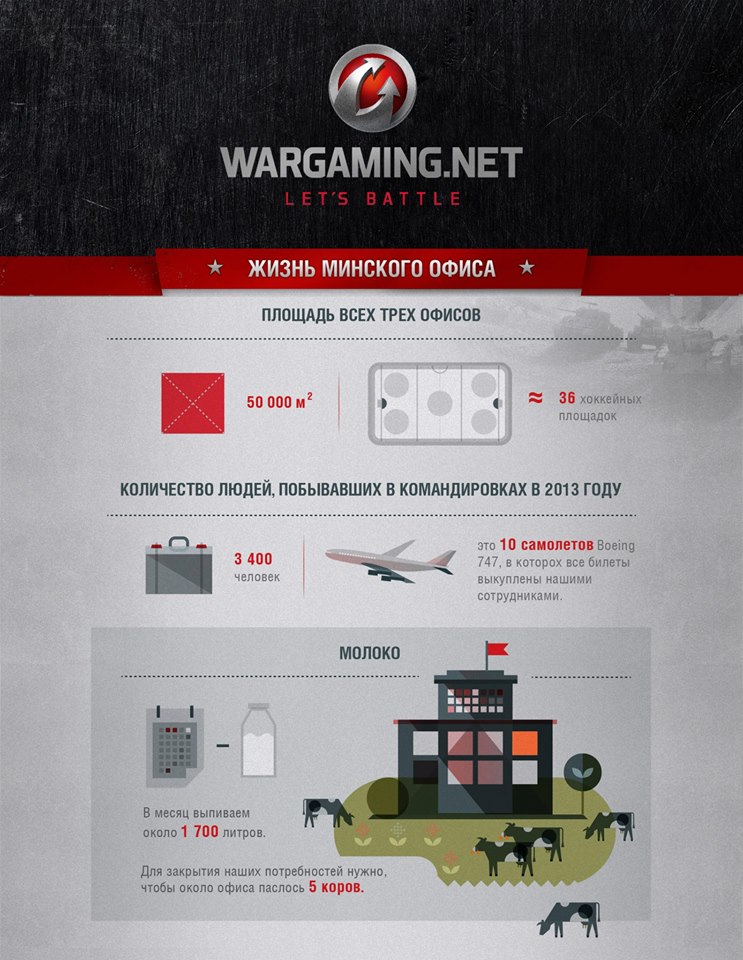