Thanks to Rabiesdog for this one.

the world was never a peaceful place and never will be, not for long anyway. Some of the conflicts are widely known and reported, but others pass unnoticed and forgotten while the eyes of the world are set elsewhere. Currently, the fight with ISIS and the conflict in Ukraine occupies the media, while in other parts of the world, fighting is still going on.

One of such conflicts is the Houthi rebellion in Yemen, which was going on with various intensity for nearly a decade, growing from a small, essentially tribal/sect riots to full-blown uprising. The latest development is the Battle of Sana’a (capital of Yemen) between the insurgents and government forces, resulting in the resignation of the prime minister of Yemen – as I write this, the battle is still ongoing with hundreds of dead on both sides, despite the Sunday peace agreement.

But why I am writing this… 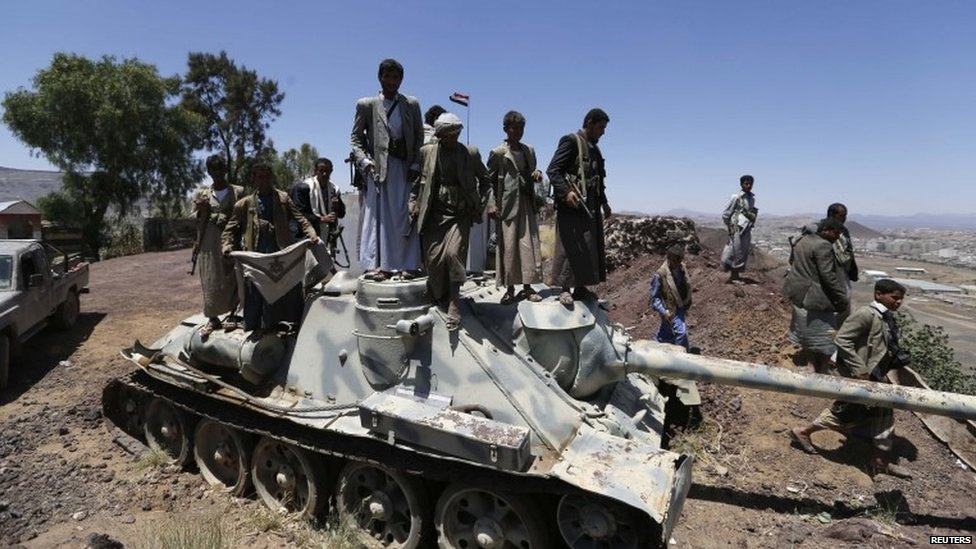 This photograph was taken yesterday and published on BBC. It shows the Shia rebels with captured Yemen army equipment in one of the army camps. Notice the vehicle. It is a Czechoslovak-made SD-100 (a license copy of SU-100), manufactured between 1953 and 1957 (771 were made in total). Of the 771, 460 were kept for Czechoslovakia and the rest went for export to many countries, including Yemen – 50 vehicles were sold at an unknown point (presumably in the early 60′s). To be honest, it’s amazing to see a vehicle survive like that for so long – it’s literally a museum piece (the grass on the tracks suggests it wasn’t used for quite a while, but it looks better than some of the vehicles left to rot in western/eastern countries).

SD-100 was not very different from the SU-100, there were a couple of tweaks and the production quality was better than on the Russian originals (peacetime production after all). The last documented use of the SD-100 if I recall correctly is the Yom Kippur war in 1973 (by Syria and Egypt) in artillery role.