one of the first lines to be introduced to the European tree, coming in 2015, will be the Italian medium line. You might think it’s old news, but the line was put together (even roughly) only not so long time ago and everything is still in flux. What is practically decided is the tier 1 and tiers 7-10, even though those are not set in stone. Tiers 2-6 aren’t so problematic and there are multiple candidates especially for the low tier slots, but who knows? In any case, this line was discussed on multiple Russian sources, so I don’t think I’ll be betraying any secrets if I tell you how the line will basically look.

The main reason why the developers want the Italian medium branch is simply because the lowtier (2-4) vehicles are historical and actually fought the British (and Americans, well, partially) in the war. That of course is one of very few advantages of this setup and the developers are well aware of the issues, that come with it. As for the top tiers, well… you’ll see. 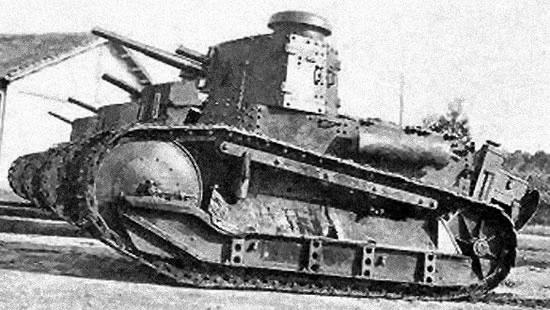 According to the Russian sources, this tank is – as one of the few – pretty much set in stone. It was heavily inspired by the FT-17 (basically an Italian version of that tank). The version in the game will be the one with a 37mm gun (“Model 30″). According to Yuri Pasholok (or, at least allegedly), this tank will be slow, but it will have very decent firepower in the 37mm gun – there was even an upgrade of the 37mm and that might be its top gun. Here’s a wiki entry, if you are interested, or you can read an article by Vollketten about it.

One interesting thing is, apparently, this vehicle might serve as a tier 1 for ALL the European branches (despite no other line having anything to do with it). I guess I don’t have to tell you how stupid that idea is – we’ll just have to see if WG drops it.

One of the “classic” Italian tanks, that actually fought the British in the desert (with mixed results). 11 tons, 37mm hull gun, 30mm armor tops and a 105hp engine – this thing will probably not be the best vehicle ever to hit World of Tanks, but for its tier, it’s solid. Think of it as a tier 2 “Lee” – a tall(ish) tank with casemate gun and limited traverse. The engine is too weak to be serving even as a medium tank, so I think they’ll upgrade it. You can read an article about it by Vollketten if you are interested.

This is one of the few tiers where I am not actually sure, because both candidates are suitable. What I think they will do is mix them together somehow (M14/41 was an improved version of M13/40). It’s a pretty solid vehicle for tier 3 actually. 14 tons and a 145hp engine (10,35 hp/t) do not promise excellent mobility, but the armor is fine (hull: 30/25/6, turret: 42/30/6 – this is for the early variant, the M14/41 was apparently armored the same) and the gun is of 47mm caliber already, so it’s on par. The tank is not too slow either: 32 km/h. Nevertheless, in real life, by the time it was introduced, it was already largely obsolete and despite some successes on the battlefield, it was phased out after the desert campaign. Pure tier 3 material and also possibly one of the three tanks to be useable for any historical battles. 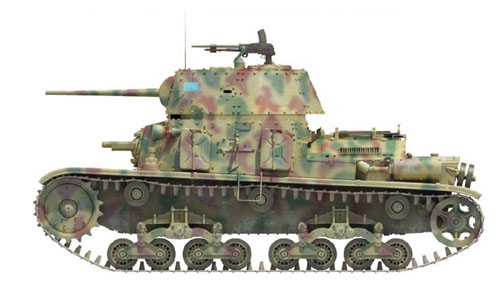 Possibly the ultimate evolution of the previous designs, the M15/42 medium tank was introduced in 1943 and allegedly, 118 were made. By the time of its introduction, it was already quite obsolete. It weighed 15,5 tons, was powered by a 192 hp engine and could reach up to 38 km/h. Its armor was… well, adequate for tier 4, but quite lacking for 1943: 42/25/25 hull, 49/25/25 turret. The gun was still a long 47mm one, sufficient to knock out a Sherman, but against modern Soviet designs or the heavier German “cats”, it was lacking. A few of these tanks actually fought the German after the armistice, some were confiscated and used by the Germans. As a tier 4 tank, it’s really nothing special, but also not lacking. The mobility will be average, as will the firepower. 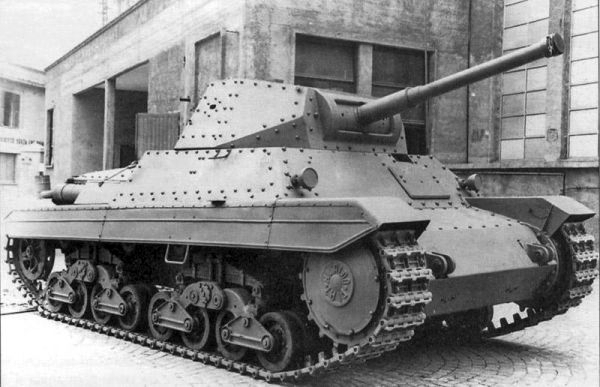 Here’s where the “real fun” starts – and partially, the problems. The P.26/40 tank was an advanced (for Italy) vehicle, designated as heavy tank (“pesante”). I am not really sure how many were made – I’ve seen different sources claiming different things, the likely number is between 60-100 (with some only partially completed). This tank was not used by Italian troops at all – by the time of the production (late 1943), Italy switched sides and pretty much the entire production was seized by the Germans, who used several dozen vehicles in combat against the Americans. For tier 5, the tank is pretty solid – 26,4 tons, a 330 hp engine (though some upgrades were envisioned) and a (relatively short) 75mm gun (L/34) and 50/45/40 armor (60mm front for the turret).

Here, the problem is the designation. As you can see, the vehicle was designated as a “heavy” tank by the Italians, but with 26 tons, it can hardly be called as such. In this case, I think that instead of looking for something else, the developers will simply designate it as a medium. Furthermore, there were apparently upgrades envisioned for the vehicle (such as more powerful engine or even a 90mm gun), check out Vollketten’s article for more info. I think this tank might be actually fairly mobile (with upgraded engine) and a general all/rounder (even if the armor is not the strongest). 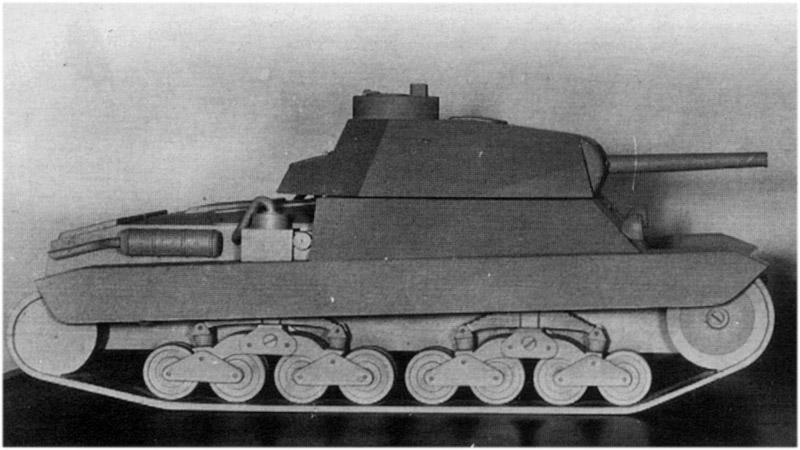 And now, we’re off to paper land. P.43 was again a heavy tank project from 1942/1943, intended as something even better and more powerful in order to compete with the newest Soviet designs and the Panther. The project was scrapped after the Italian armistice in 1943. The vehicle project was very… ambitious, so to say. While it was supposed to weigh only 30 tons, it was to have the following armor setup: 100/50/40 (both hull and turret). It was to be powered by a 420hp engine (reaching up to 40 km/h) and it was to be armed with either a 75mm L/34 or even 90mm L/53 gun. That would give it some serious teeth for tier 6 and the mobility and armor would make it quite good. How MUCH realistic it was to keep the vehicle weighing 30 tons while keeping the frontal 100mm armor, that’s debatable, as a prototype was never built, but in game terms, it’s pretty good. Of course, the designation is a problem again, but – well, see above.

Tier 7 and tier 8 are possibly the most problematic spots of the entire branch and therefore, they are sadly inhabited by fakes and clones. In this case, it’s an Italian version of the Panther (called “Pantera” in Italian). This vehicle is based on the fact that at some point, the Germans offered the Italians the Panther license production (Ansaldo). This project never went anywhere for historical reasons (war, armistice) and Panther was thus never produced in Italy. It’s a pure “what if”, but sadly, there’s no other candidate. The vehicle would likely be different from the German one either only cosmetically, or by the (again, unhistorical) use of the 90mm L/53 gun. There’s no drawing of that for obvious reasons.

This is another pure clone. Basically, it’s the same vehicle as the US M26 Pershing – the Italians used it after the war. As far as I remember, the only changes included removing the bow machinegun and one crewmember and that’s it. Sadly, it’s pretty much the only candidate for tier 8. There was another one (Panther II), but that’s more fake than the Panther and I have no idea about the reasoning behind it.

This is the American M47 Patton II – but with a 105mm gun (the same as the Leopard) and with a different (not more powerful, just different) engine. If I recall correctly, one of those variants had one crew member less as well, but I am not sure about that. Either way, apart from that, it’s pretty much the usual M47 Patton II. Remember how players asked whether M47 would make it into the game and Wargaming said yes? Well, this is how.

This is the tier 10 tank (and pretty much the only candidate). As you might have figured out from the picture, it’s a Leopard 1 clone, just with an autoloader and that’s that. It was found by Raptor_Fulcrum in some of the archives and published by Yuri Pasholok on his blog. It was never built, was just a proposal.

So, there you have it, the Italian line. Altogether, as far as tanks go, it will be some sort of lighter line, but with so many clones and different style tanks in it, it’s hard to characterize it with a single word. It could be good, it could be a disaster, we’ll just have to see.