player Sunny sent me a screenie from the World of Tanks assistant, where the LTTB is designated as R107 LTB. 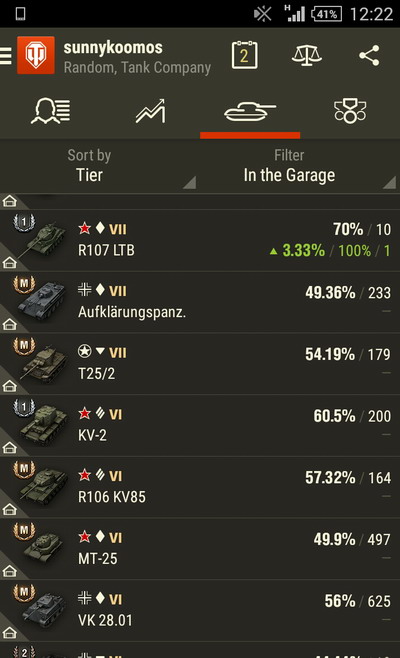 Now, you might think, it’s an obvious typo, right? Plus, that R107 (which appears on KV-85 as well as R106) is some kind of internal WG designation, showing the nation (R) and the internal number of the tank (106-107). Well, it’s not that simple. You see, for some reason, at one point, before it was introduced, LTTB was actually really called “LTB” in the game files (it was around the time the project was first mentioned as Russian light tank candidate, back then it was still intended as tier 8 LT). There’s no real reason for it – the project in real life really was called “LTTB” (literally it means “light tank with heavy armor”), so I guess somebody made a typo before the tank was even modelledand the old “LTB” designation stayed in the files.

Yea, it’s a small thing, but an interesting one I think.