not so long ago, Storm stated that the AMX-40 would get a second turret of some sort, with an upgraded gun but with less armor. Well… if you were wondering what kind of turret will it be, it’s this as far as I know: 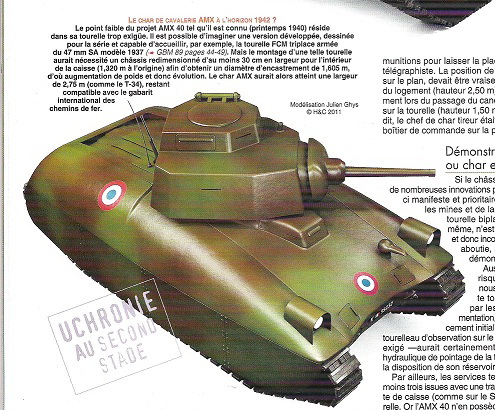 As far as I could find out, this was never a real project (for the AMX-40 anyway), more like an idea of what the turret might have looked like, were it developed into the early 40′s (if the occupation did not happen of course). As you can see, the FCM turret is larger, providing more space for crew (it’s a three man turret), but also for additional armament. According to AMX designer Joseph Molinié, upgrades were considered – for example a 75mm gun, but that’s about as far as it went. It’s possible another (more powerful) 75mm gun will appear on AMX-40 in the future, as well as somewhat more powerful engine.