Check this out. The source of this is the American Journal of Military Ordnance, more than 2 decades old. It’s amazing what you can find in the old sources. Very special thanks to Captain Nemo for this one. 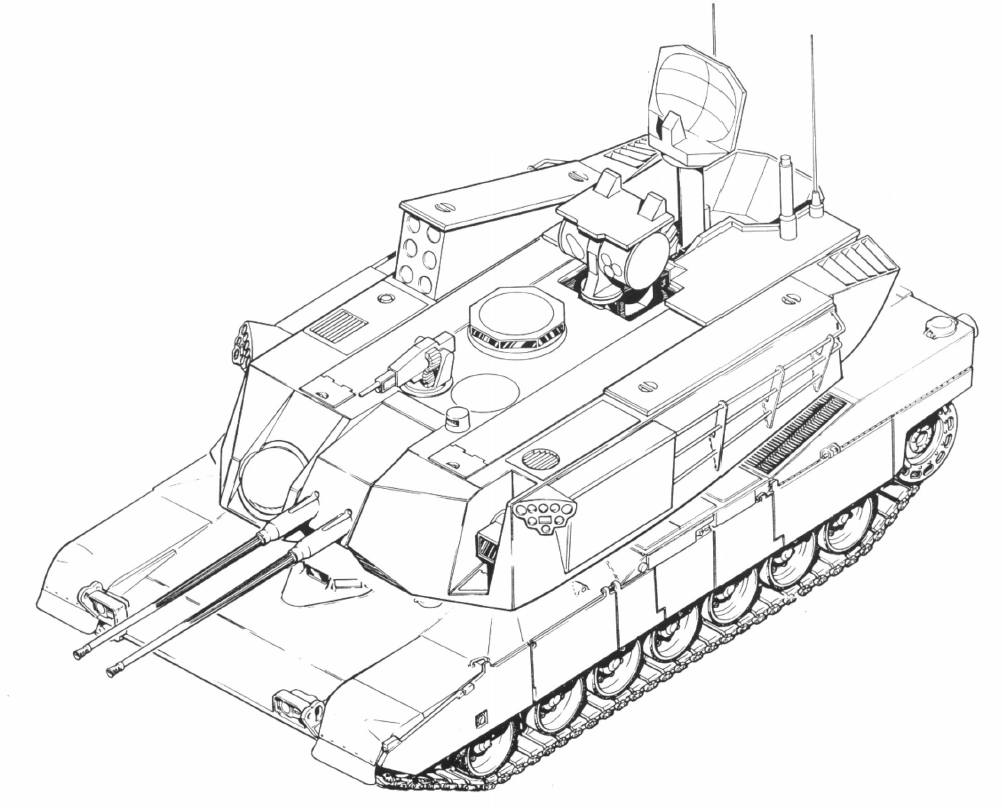 This is a proposed AA variant of the Abrams MBT, equipped with two 35mm Bushmaster Mk.III cannons and an ADATS missile launcher from the early 1990s. It was designated M1/AGDS (Air-Ground Defense System). Existing M1 tanks were to be converted to this mobile AA vehicle, intended to provide short-to-medium range AA support against slower airplanes and helicopters. The guns were guided by a dual-beam X-band pulse Doppler radar with the range of 25km. Each could fire approximately 250 rounds per minute of 35mm anti-air and anti-armor rounds, can engage ground targets. The vehicle was to carry two 500 round magazines for AA rounds and small 40-50 round magazines for AP rounds. Maximum gun range – approximately 3km.

The 152mm ADATS missiles are dual-purpose and weigh 51kg. They combine HEAT and HE-FRAG capabilities and maximum AA range of some 7-8km (depending on the type of target). Can be used against both air and ground targets (maximum ground range is approximately 10km).

The M1/AGDS proposal was never built. 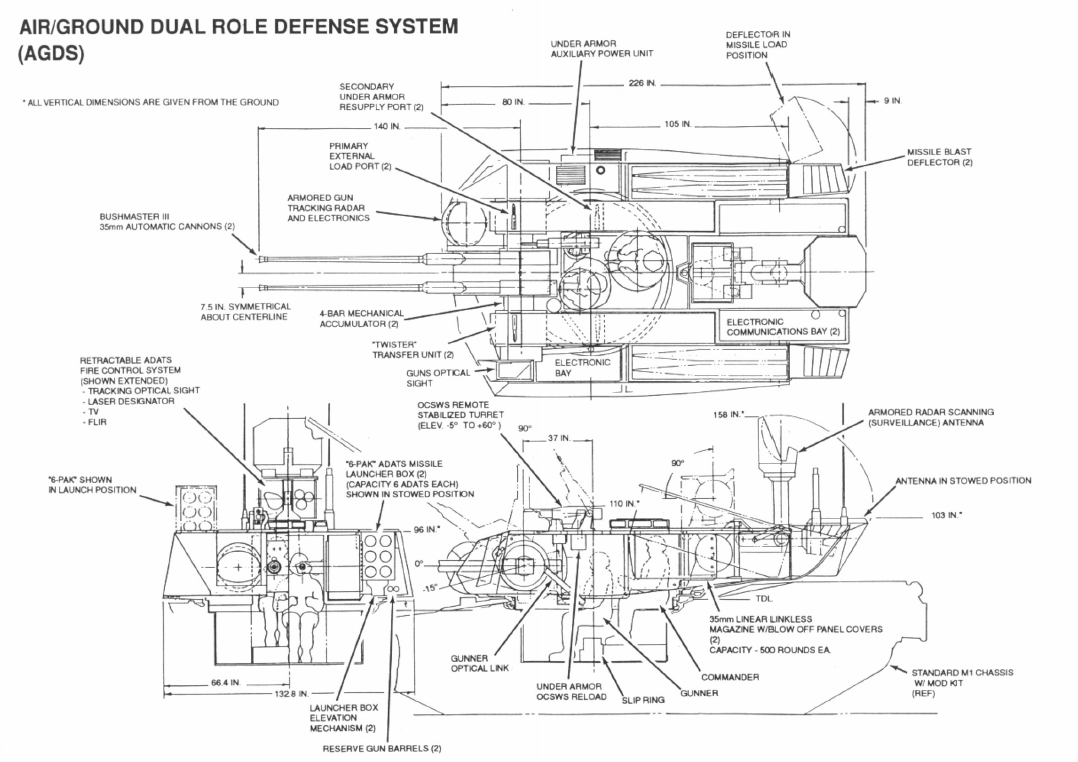 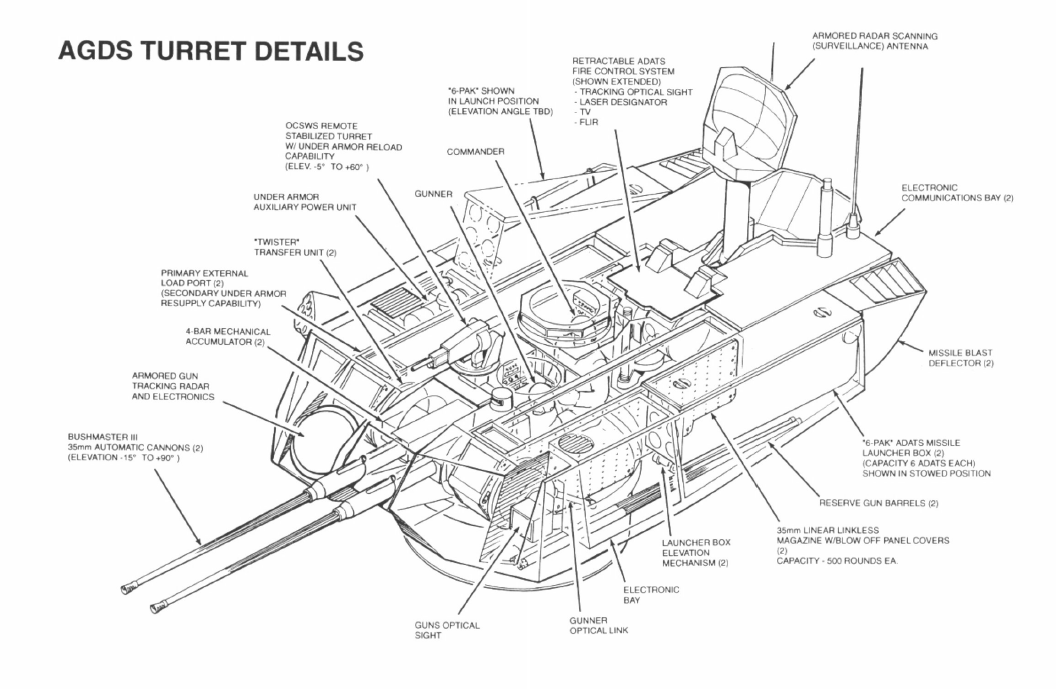 8 thoughts on “Triple A: Anti-Air Abrams”