today, we are going to have a look at one vehicle, that could fit as a tier 2 premium tank. 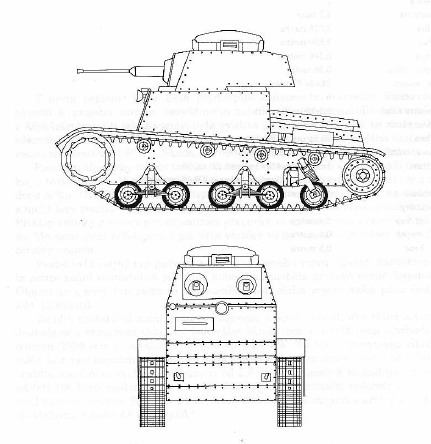 Much of the history of the Š-I series has already been written about in the previous article. Basically, it in the early 30′s, the tankettes were the “flavour of the year” and most armies dabbled in them one way or another. Czechoslovakia produced whole bunch of tankette designs, the most important of them being the P-I (also known as Tančík vz.33) and Š-I platform, on which the Š-I-d, Š-I-D and Š-I-j projects were built. The Š-I-D was then sold to Yugoslavia and served there under the designation of T-32, participating even in the war against Germans early on. That was in 1936-1937.

At the same time, the army decided to create units called “Smíšený předzvědný oddíl” (“mixed recon unit”) and attach them to mobile divisions to improve the recon units capability and firepower. These SPO units consisted of one cavalry escadron, a bicycle infantry company and an attached platoon of light tanks – specifically, the Praga LT-34, which by that time was already growing somewhat obsolete). New special tanks for these units were requested by the army and Škoda decided to answer that request with the Š-I-SPO proposal. Developed along with the improved gun vehicle (Š-I-D) for Yugoslavia, it was basically the Š-I-D tankette platform with a twist: the engineers decided to add a turret.

Needless to say, it was not a brilliant idea. The result was not really a light tank, more like a tankette with a turret. One prototype was made in 1937 and it was submitted to army trial program. It was found out that the vehicle – being quite tall for its width – suffered from poor stability as a result (basically, it had tendencies to tip on one side). Furthermore, thin tracks resulted in poor terrain passability and what was even worse, its speed was not sufficient for a fast recon vehicle: the 4,7 ton vehicle was powered by a 60hp Škoda Flat Six engine, allowing it to go as fast as 41 km/h, but not thru any serious terrain. The armor was quite thin of course (25mm frontal plate, but only 15mm on the sides) and the armament was not available either: the vehicle was supposed to be armed with the 15mm ZB-60 machinegun and coaxial 7,92mm ZB-35 in the turret, but the ZB-60 development was not yet finished by the time the prototype was built, so it had to be equipped with a wooden mockup instead.

By the way, if you are wondering what the ZB-60 machinegun is, it’s nothing else than the original version of the British 15mm BESA, which the British licensed. 140 of those were sent to the United Kingdom from January to April 1939, along with the license agreement. This gun already is in World of Tanks with following parameters: PEN:25 DAM:9 ROF:76-102 ACC:0.53-0.56 AIM:1,7-2. 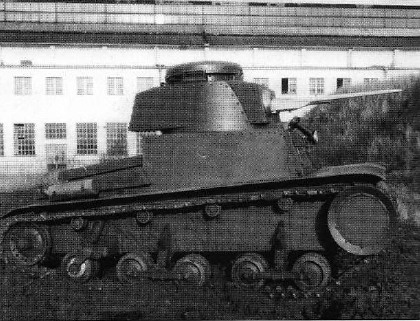 Either way, the army trials of the prototype were not considered successful and the army was not interested. The lack of proper armament, light armor, terrain passability, stability and speed were all considered to be problematic. Škoda tried to propose the vehicle to another customer: Royal Afghan Army – the Afghans were looking for armored vehicles at that time too, but weren’t interested for the same reason the Czechoslovak army wasn’t. In the end, unable to find a customer, the prototype was disassembled by Škoda in 1938 and its components were used in different designs.