as you know, recently in the 8.9 video and subsequent leaks, new vehicles could be spotted. There is no ETA on them and some were confirmed not to come this year at all. Still, it’s an interesting insight. The vehicles “uncovered” were T-4, T-5 Pantera, Brummbär, G1L

Furthermore, in 8.9 video, we could glimpse the British M2A4, A7 and premium Neubaufahrzeug.

Let’s have a look at them.

T-4 and T-5 “Pantera” and other captured tanks 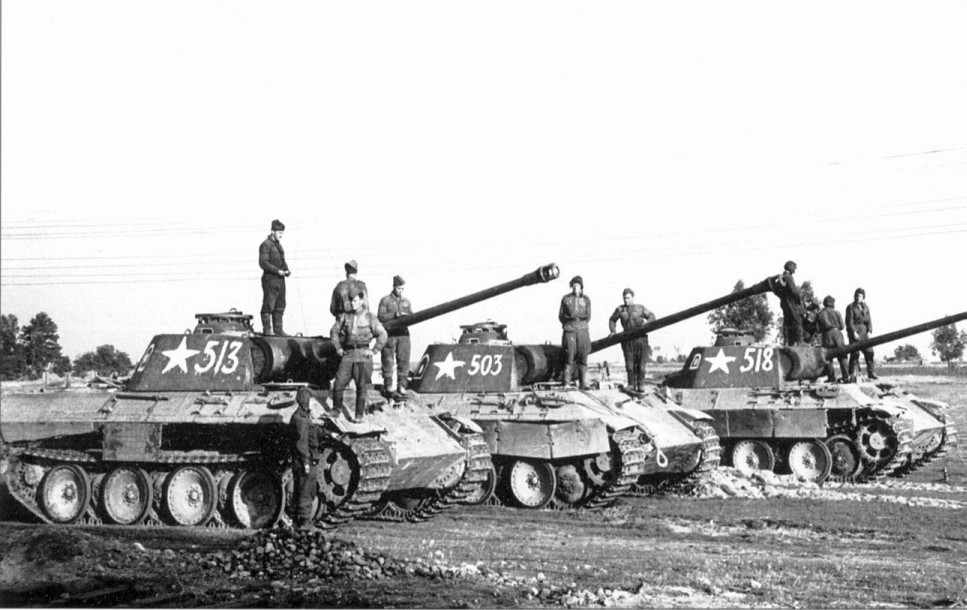 Here it’s really simple: T-4 (sometimes T4 or “Chetvyorka”) was Soviet designation for Panzer IV and T-5 (sometimes T5, or “Pantera”) was Soviet designation for Panthers. Any Panthers that is, but in this case, captured Panthers, used by Soviets are meant. I asked Ensign Expendable yesterday to write something on the topic of captured Panthers and he wrote an excellent article, if you are interested in this issue, I wholeheartedly recommend it, it’s historically correct. Please note that the T-4 tier is most likely a placeholder, the vehicle won’t be tier 7 in game.

The truth is, Soviets used all kinds of captured German equipment (even converted captured Panzer III and Stug III hulls into their own vehicles, such as the SU-76i) and that goes for Panzer IV too. The use of captured vehicles was not really something the Soviets wanted to do (unlike for example the German Ardennes assault, where the Germans actually counted on the fact they would capture fuel supplies before their own tanks run out of gas), but it happened and in no small numbers (though a majority of the captured vehicles were not tanks, but trucks and cars).

Captured tanks were actually used by the Soviets as early as 1941. Those were mostly Panzer III tanks (referred to as T-3), StuG III SPG’s (referred to as “tank bez bashni” (“tanks without turret”)), Panzer 35t’s (referred to as “Shkoda” based on their manufacturer) and Panzer 38t’s (referred to as “Praga” by the same principle). Some of the 35t’s didn’t come from Germans, but from their allies, such as Romania. By the end of 1941, collecting captured equipment has become an organized undertaking with its own designated Red Army department. Captured vehicles were moved behind the lines, where they were repaired (using either captured parts, or parts cannibalized from other vehicles). In 1943, this army department became quite large and was led by Marshal K.Voroshilov.

In Spring 1942, the use of captured tech in the Red Army was widespread and hundreds of captured vehicles were moved behind the lines for repairs. Those hundreds however were not armored vehicles, most were cars and trucks. The repair and refit of these vehicles for Soviet use happened in factories near Moscow. In order to imagine the numbers here’s an example: Only the 5th Army of the Western Front captured between 12/41 and 4/42 following vehicles: 411 vehicles in total, of which: 13 medium tanks, 12 light tanks, 3 armored cars, 24 tractors, 2 armored transports, 2 SPG’s, 196 trucks, 116 light cars, 43 motorcycles. Furthermore, during the same period, Red Army as a whole collected 33 undisclosed medium tanks, 26 light tanks. Other captured tanks were identified: 2 Panzer I, 8 Panzer II, 19 Panzer III, 1 Panzer IV, 1 “Praga” 38t, 7 StuG III. These vehicles were moved behind the lines in April-May 1942 and studied thoroughly.

These captured vehicles later returned to fight on the Soviet side. It’s interesting that each of these vehicles had an individual name, such as “Aleksander Suvorov”, “Dmitrij Donskoj”, “Aleksander Nevskij” and other legendary Russian heroes. They had huge red stars painted on their sides, turrets and on the top to help the Soviet pilots to recognize their own, but it didn’t help much, incidents happened. For example in 1943 during the fights in Ukraine, two batteries of captured StuG’s were used to support the assault of the 3rd Guards army. One T-70 crew disregarded the huge red stars on the StuG’s and opened fire on the captured StuG’s. They couldn’t penetrate the armor of the German vehicles, but the infantry riding on them was pretty pissed and they did beat the crew of the T-70 with fists later. In general, the StuG III’s were the most actively used captured armor. 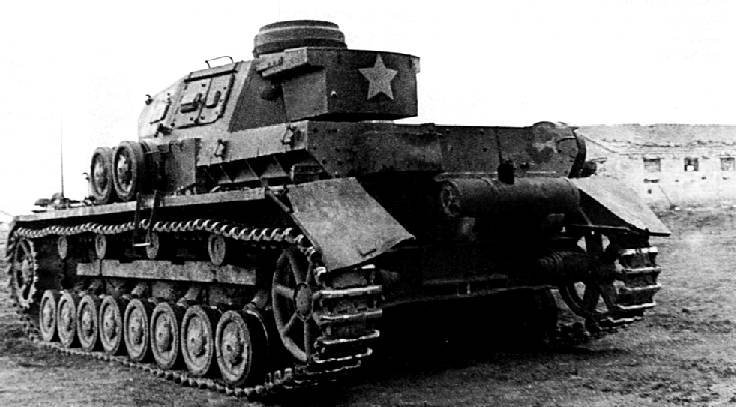 The Soviets valued the comfort and quality optics and radios in the German tanks (Panzer III’s that is). Panthers were in general assigned to more experienced crews, more on that in EE’s article. T-5′s (Panthers) were used primarily for anti-tank roles.

Another use for the captured tech was its conversion into hybrid German-Soviet vehicles, such as the SU-76i. The “i” in this case means “inostrannij” (foreign). SU-76i was mass produced (based on Panzer III and StuG chassis) and in total 201 were made. It suffered from the lack of spare parts however and in late 1943 the production was stopped. According to Soviet data, Soviets actually during the war captured a total of 24612 tanks and SPG’s, that could have been used to arm 120 German armored divisions.