Yuri Pasholok posted a set of interesting materials from IS-3 “pike nose” testing. Here’s what he posted:

The first part of the document states that the hull armor elements were tested under following angles (from the axis of the vehicle, eg. 0 means shooting directly from front, 320 means it is being shot from the left side unde 40 degrees)

The hull was tested against fire of German 75mm and 88mm and Soviet 122mm guns. The report states that the new “pike” frontal armor significantly increases the protection compared to the old IS-2 frontal armor. Frontal plates fully protect the crew aginst fire from 88mm German armor-piercing shells from 100 meters under any angle, while the upper frontal plate of IS-2 protects only on distances of 600m and higher. The picture shows the result of 88mm hitting the meeting place (weld) of the upper frontal armor plates. 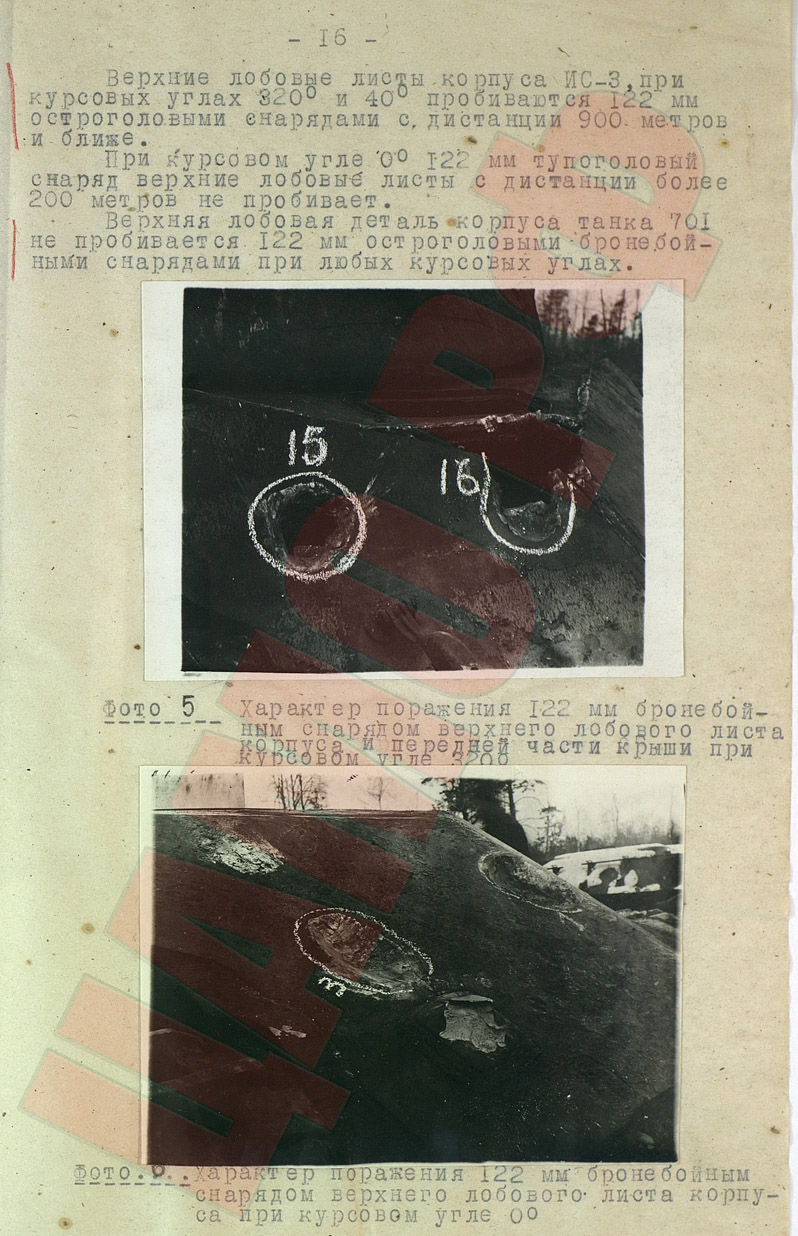 On the picture above it is shown that the upper frontal plate is penetrated by Soviet 122mm AP “sharp-tipped” shells on distances of 900m and closer (under 320 and 40 degrees angle, meant from the vehicle axis). Under 0 degrees angle (from front), APCBC “blunt” (soft-capped for better “bite”) 122mm shells penetrate it on distance of 200m and closer.The upper frontal armor of “tank 70I” (Object 701, eg. IS-4) is not penetrated by 122mm AP shells under any angle.

Either way, upper picture shows 122mm AP hits on upper frontal plate (from 320 degrees), the second picture shows the effect of the same shell, when fired from a spot in front of the vehicle. 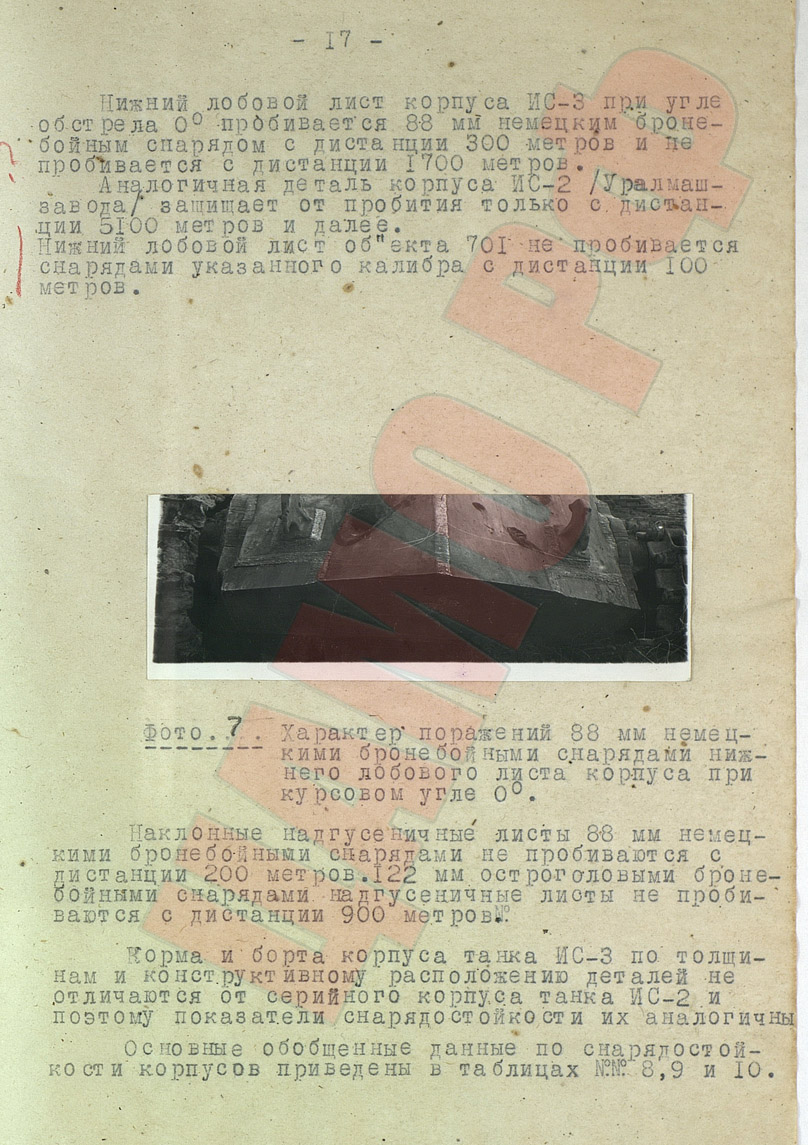 The photo should show the penetrations of 88mm shells of lower frontal plate, but I can’t see anything there. Under the photo, the text says that the sloped armor plates above the tracks do not get penetrated by German 88mm guns on distances of 200 meters or higher. 122mm AP shells do not penetrate the plate on distances of 900 meters. The side and rear of the hull do not differ in construction and thickness from an IS-2 hull 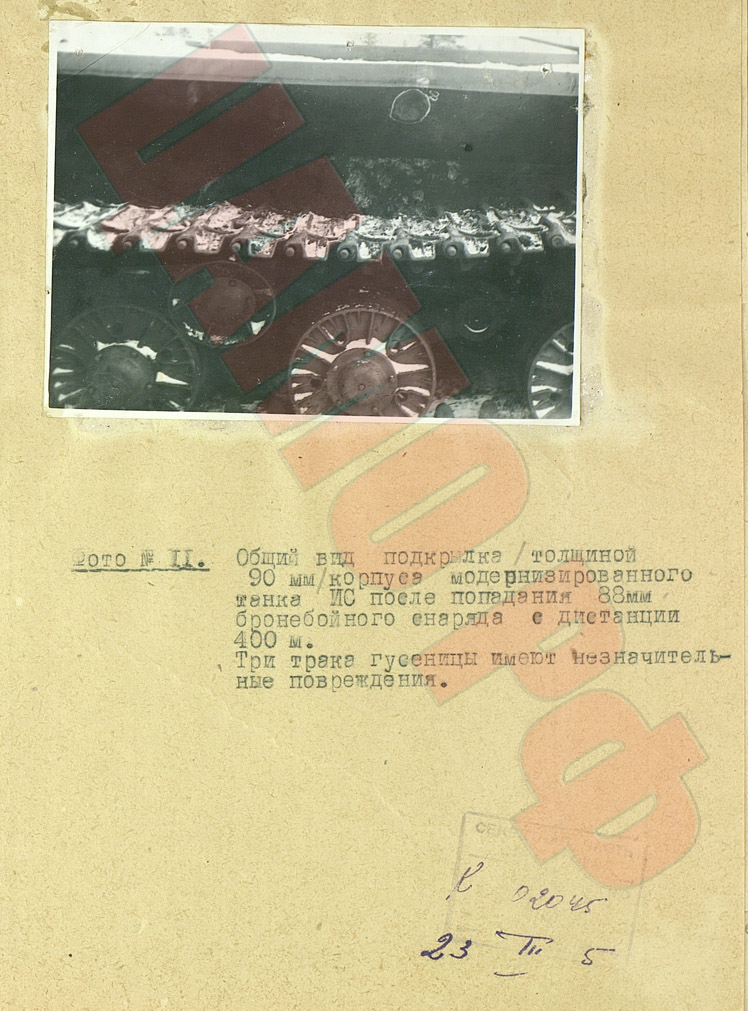 The picture above is from tests that took place in March 1945 – it shows the overview of the 90mm side armor, hit by an 88mm AP shell at 400 meters. Three track links have some small damage. 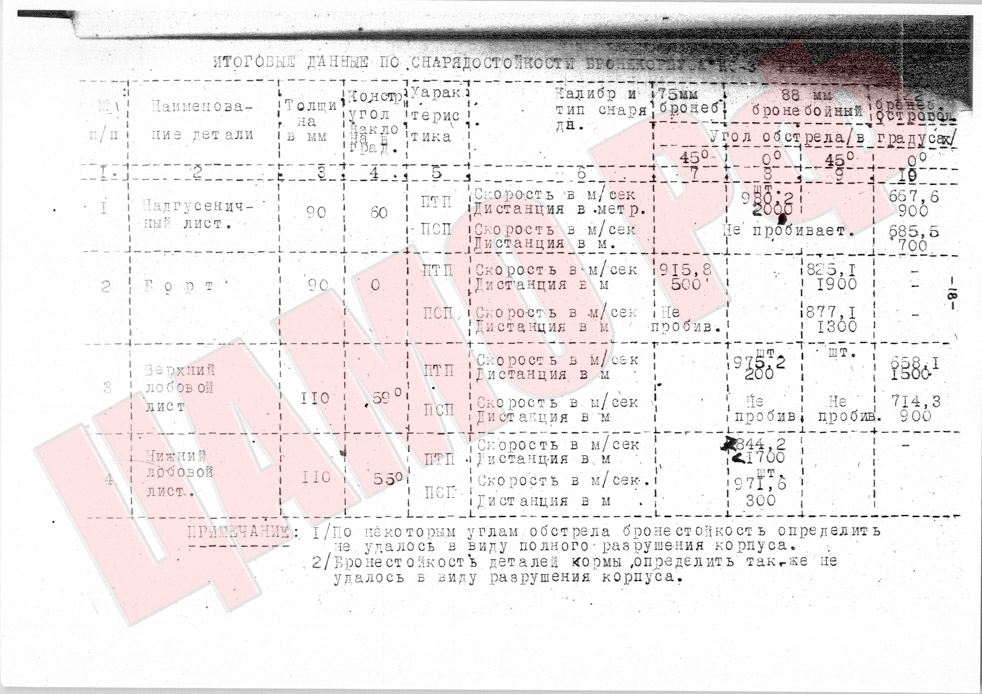 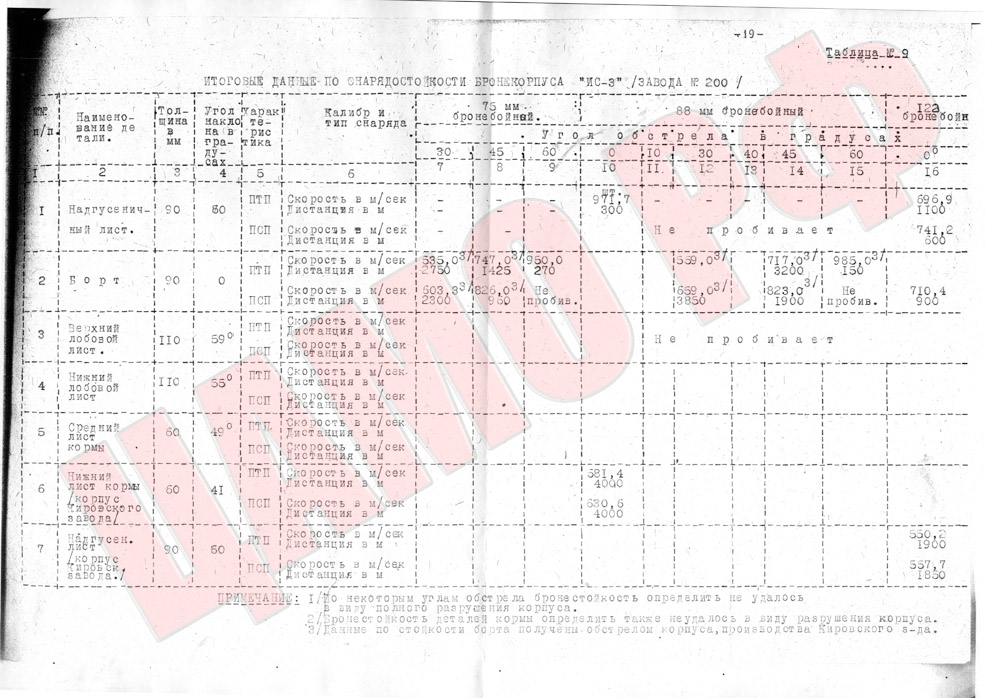 This table shows the test results of firing test on two IS-3 hulls (basically what was described above).