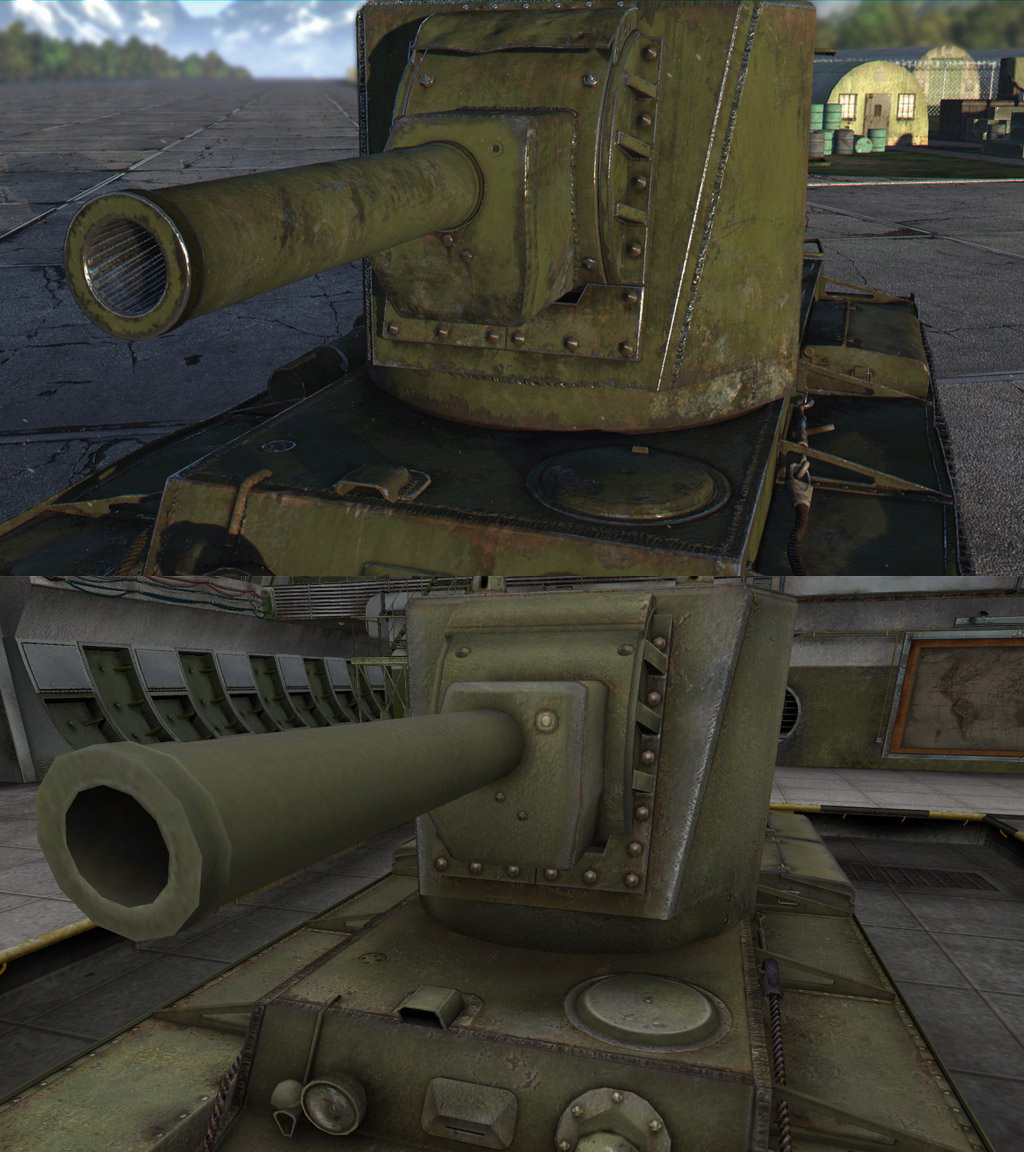 The picture above comes from the leaked War Thunder models, picture below obviously comes from World of Tanks. Personally, I am somewhat rooting for Wargaming – let’s see, how the “HD” models will look like: visually, War Thunder is obviously some tough competition.

Of course, game is not made by its graphics and from what I have noticed from War Thunder (economy and gameplay), I actually prefer World of Tanks. But that all remains to be seen. However, one thing that I don’t like is that War Thunder fans seem to be obsessed by one idea: “We are not World of Tanks”. I went over their tank forums and there are all the idiotic myths that we managed to root out (especially on US forums). The point of this is not to bash War Thunder (not before I see the tanks in action anyway), but to state that the grass is not always greener on the other side…