those of you, who like to read about tank history probably know how much bullshit info and fake tanks are there around. This is something that actually bothers me, because there are some myths, that get repeated over and over (some of the most annoying myths being referring to the Jagdpanzer 38t as “Hetzer”, the crap about Shermans burning all over the place and other bullshit by Belton Cooper and many others).

A special category of tank myths however belongs to fake tanks, that were never built or even projected. In this category belongs the myth that Löwe or Bär had working prototypes (they didn’t) and all sorts of German-related bullshit, made up by Wehraboos, modellers or simply ignorant or confused people (Krokodil, FlakMaus and others). There is one special subcategory of the previous group however: fakes, created intentionally with some purpose in mind. This is the category of Wargaming fake tanks like the 120 ton VK7201, WT E-100, T28 and T28 Prototype and other crap, that makes its way to history sites, because World of Tanks is supposed to be historical. We’ll take about that in next part.

Today however, we are going to have a look at a fake that – if unchecked – could spread and – in worst case – appear historical, the T-60P.

“T-60P” is supposed to be a (possible high-tier) Polish tank. It appeared first in this topic on European forums in the Polish section. Basically, the author (nickname Antonowicz) produced a story, where he claims that his grandfather was working in Polish plant in the 60′s (!) and that he mentioned (!!!) such a project being created as an upgrade to the T-54 by mounting a T-10M turret (!!!) on a T-54 hull. It was supposed to look like this.

I am sure you realize that the story is complete bullshit. The T-10 turret drawing is horribly off scale (the turret is too small) and there is absolutely no reason a limited production Soviet heavy tank would be dismantled and its turret used for the T-54. It’s even technically impossible, the turret is too big and the hull is too small. The guy, who posted it, produced no serious proof about this vehicle apart from “my grandpa said” and was rightfully mocked by other people on the forums. That was November 2013 and it could have ended right there – but it didn’t. Undeterred by the criticism, days later the thread author “scanned the original drawing”, producing this: 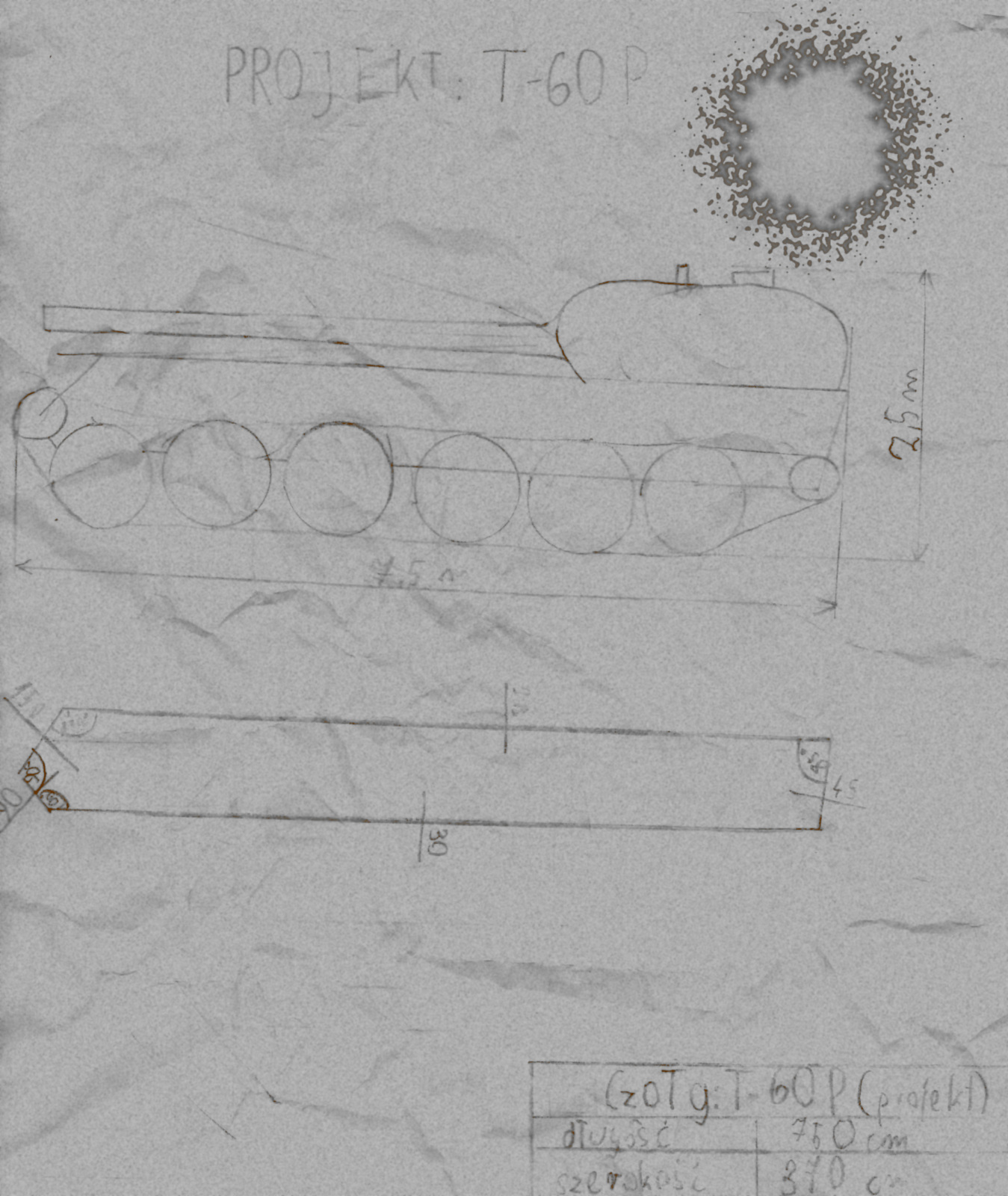 Yea, I know. I laughed too. At that point the thread turned into a complete mockery and was locked by a moderator. Again, it could have ended right there, but it didn’t. The author produced YET ANOTHER fake drawing, this time looking marginally more believable: 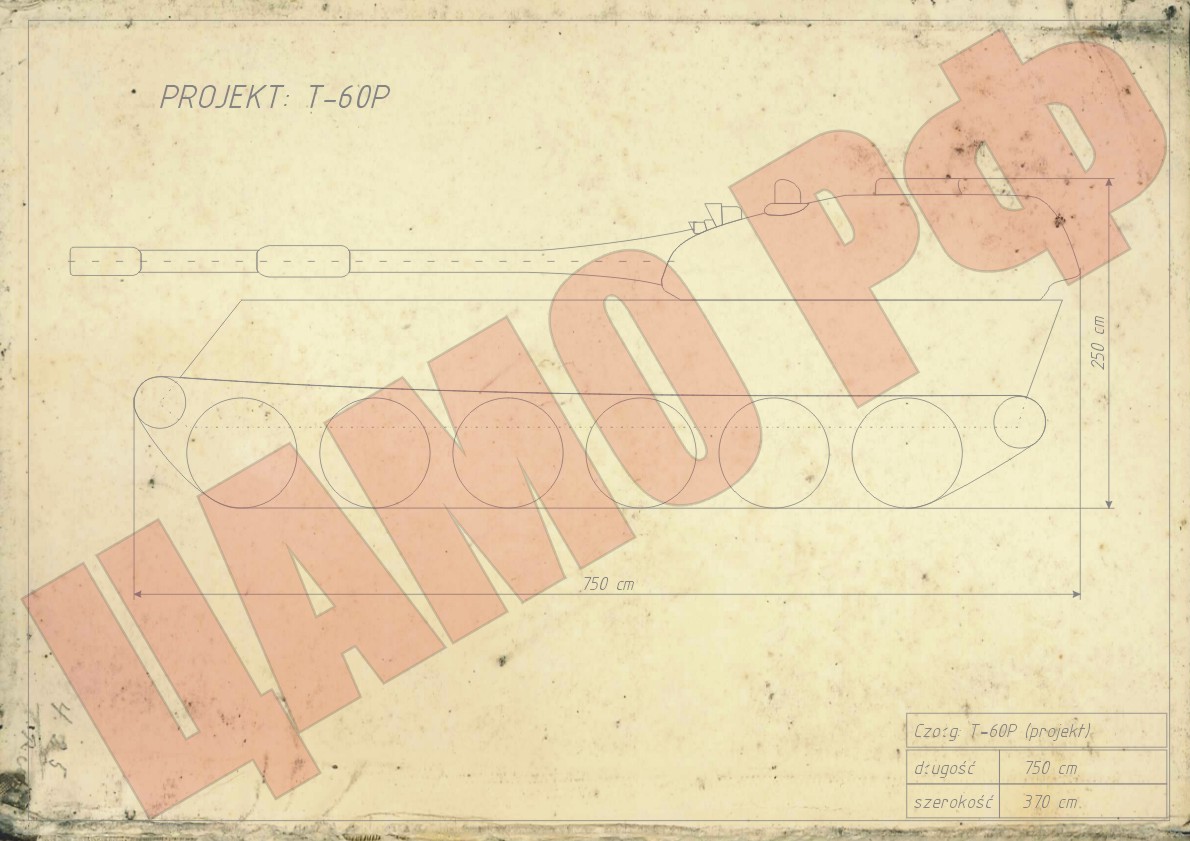 This “drawing” is the reason why I am making this post, because as bullshit as it is, it looks somewhat real at first glance and if unchecked, this could start spreading, so it’s better to stop it right here and right now. First of all, there are the clean lines on the picture, it was obviously made in some editor or photoshop (unfortunately for you, dear author, our grandfathers didn’t have photoshop, they made this stuff by hand). Second, there is that big CAMO RF red watermark over it. CAMO RF means “Central archive of Ministry of Defense, Russian Federation” and it is a watermark used by Yuri Pasholok (and only him as far as I can tell in this format) to distinguish the documents he personally posts on his blog – which means he would have to be the source of this drawing. He wasn’t – I asked Cannoneer, he asked Yuri Pasholok and Yuri Pasholok said it’s a photoshopped fake.

So yea. This is not the first time Polish players have made up a tank in order to create their own proposal for a tech tree. The first two fakes appeared more than year ago, the ST-50 or ST-51. Basically, what it was – some Polish player took the Czechoslovak TVP project, started claiming it was co-developed with Poland based on some claim in a post on some Polish forum and started spreading it around. It’s of course a lie, TVP was never co-developed with the Polish (if only for obvious political reasons – right after the war, we weren’t exactly friends with Poland because of territory disputes – and yes, there is that little thing that the Polish claim used drawings from a Czech book, in which there is not a single word about Polish involvement as proof). Any branch with “ST-50″, “ST-51″ or “T-60P” can thus be safely discarded as bullshit.