as I wrote before, Yuri Pasholok, regardless of what we might think of him, posts pretty interesting stuff on his blog. This time, it’s something “special” – a Czech proposal actually, to make the T-34 amphibious. As some of you know, Czechoslovak units were fighting on the eastern front against the Germans under the command of the Red Army. Formed in 1942, Czechoslovak units participated in the 1943 Battle of Kharkov and proved their worth during the Liberation of Kiev, in which several Czechoslovak soldiers (tankers actually, I will write about this once I collect enough sources on the battle) recieved the Hero of the USSR high award.

This interesting idea by SSgt.Florián Pytlíček (Russians write it as “Pitlichek”), assigned to the HQ Company of the 1st Czechoslovak Independent Brigade in August 1943. 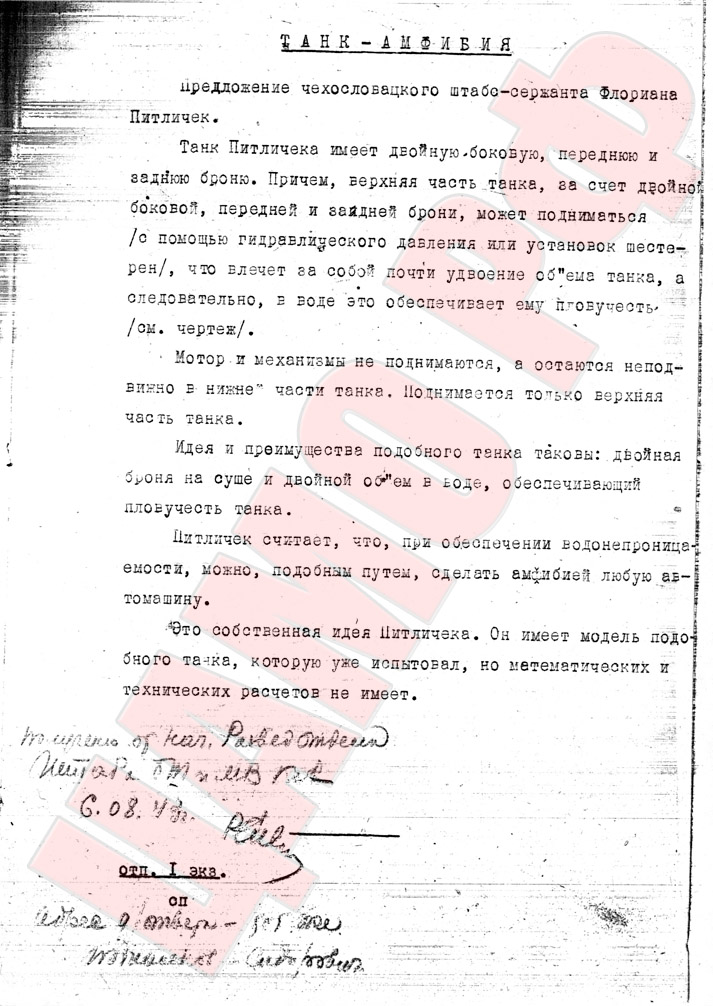 If I understand it correctly (and feel free to actually correct me), he noticed that since the T-34 consisted of two layers, lifting the upper part of the armor (either by hydraulics or manually) while sealing the space between them) would actually produce double as much volume as the tank had before, theoretically making it possible for the tank to swim, turning it effectively into an amphibean. You can see how that would look on the drawing (the lines are very thin, you have to look at it very closely). 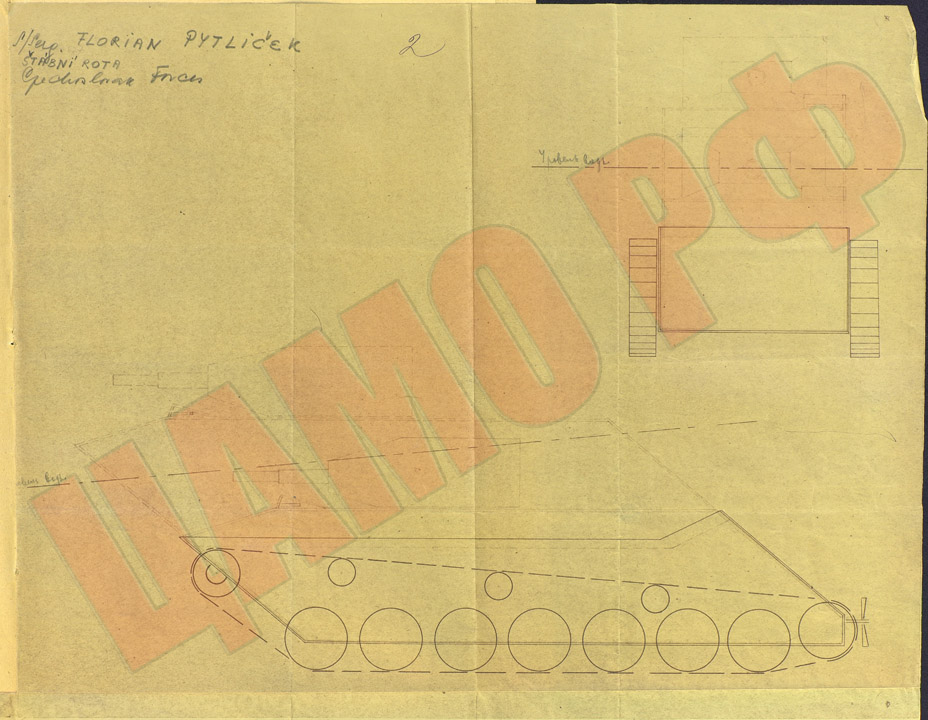 Well, you don’t have to be an engineer to actually realize how outlandish that idea is, but still, an interesting thought :)