today, we are going to have a quick (not an in-depth) look at some vehicles, that could become American premium TD’s. Most of these were mentioned earlier and possible candidates. They say that there are no “suitable” candidates for the American tank destroyer – well… technically there are plenty, but they all have some issues.

It’s worth keeping in mind that currently, the position of Wargaming regarding premium vehicles is following:

As such, the priority of the implementation is obvious: the higher the candidate, the better. Let’s have a look at the candidates I could think of. Keep also another thing in mind: some of these have already been rejected and with some, I have no idea what the problem is with them. 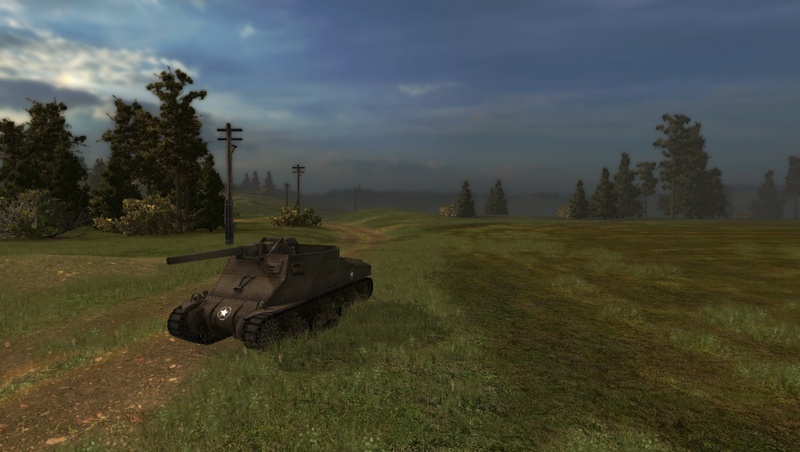 The T24 was a proposal to mount a 3in (76mm) AA gun on the M3 Medium (Lee) chassis as an interim tank destroyer in September 1941. One prototype was built. Historically, it had very poor depression and elevation (-2/+15) and was too high (gun traverse was okay though, 16,5 degrees to each side). The gun was then removed and the prototype was converted to the T40. Officially, the project was cancelled in April 1942. As you can see on the picture above, the model already exists in the game and existed for a very, very long time (T24 was one of the first premium TD’s ever mentioned as candidates). Why didn’t they introduce it in the first place? I don’t know. What I know is that Wargaming is still aware of this design and it might appear one day, but its low tier (3?) makes it a poor option for America’s first premium tank destroyer. 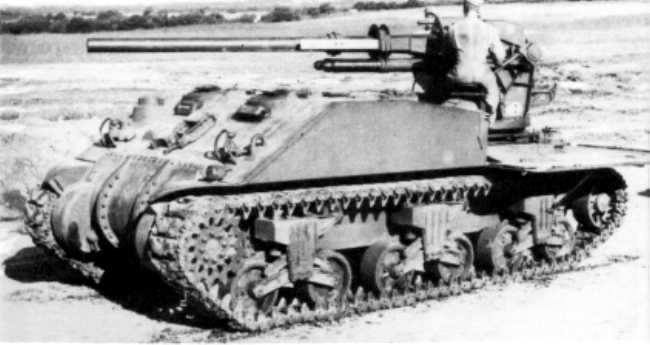 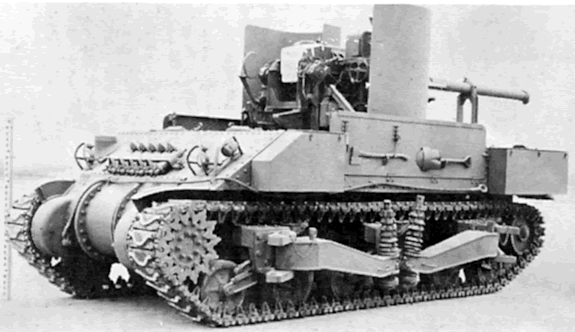 T53 GMC was another early tank destroyer proposal. In 1942, an attempt was made to create a powerful tank destroyer by putting the 90mm AA gun on the M4 chassis. In August 1942, 500 of these things were ordered (with 3500 more being contemplated), but the Tank Destroyer command hated it, considering it a “crude conversion”. T53E1 (a modified version, the lower picture) was even worse (poor stability, poor handling, the engine overheated and the crew was practically unprotected) and as a result of the tests fiasco, the entire order was cancelled and the project was scrapped. The source of the above

As you can see, there are two possible models of this vehicle (T53 and T53E1) – and that’s a problem. You see, vehicles, that have various turret/hull options are usually saved for “regular” slots, because such vehicles are hard to come by. These elements do pose a problem actually, otherwise, the T53 would be a suitable candidate (yes, Wargaming knows about it). 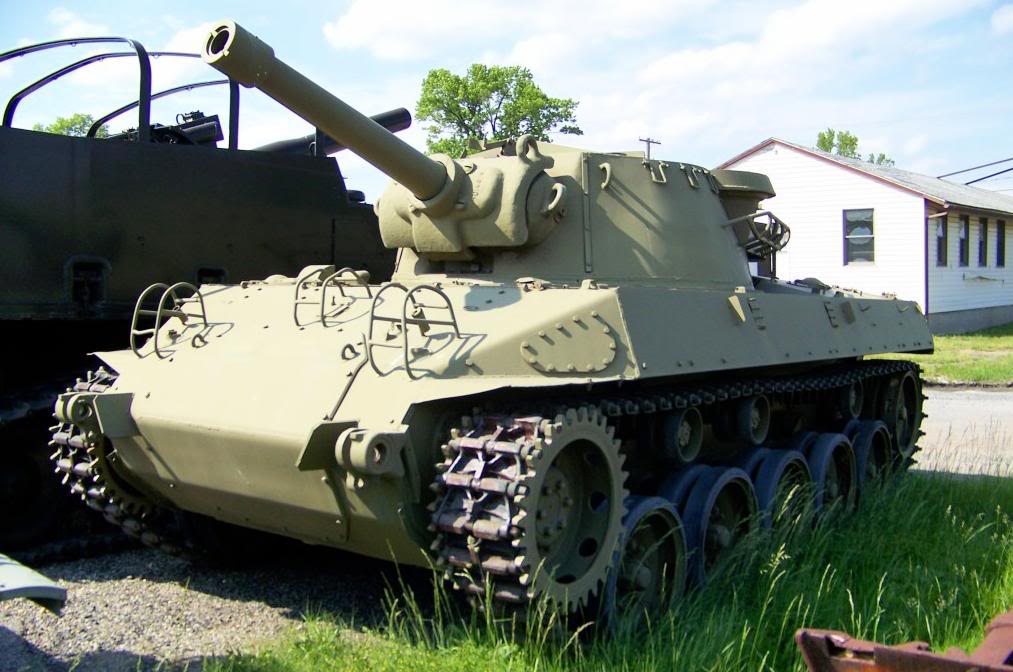 The T88 was an attempt to equip the US Army with an extremely mobile 105mm howitzer by mounting it on a Hellcat chassis. Unlike the previous two designs, there was nothing inherently wrong with it, but it came too late – a prototype was tested in late 1945, but then there was no real need for such a vehicle and the project got cancelled.
From WOT perspective, the T88 was actually strongly considered. The icon and official description were leaked and they do exist, but somehow, it was never implemented. The biggest problem with the T88 is that it was not a tank destroyer. It was designated as a HMC (howitzer motor carriage) – what that means is that unlike the GMC vehicles, it was basically an artillery vehicle. There is a strong sentiment on US forums that there is no real need to introduce more mismatched classes (for example, T57 artillery in the game was in real life a tank destroyer, but the sealclubbing T18 was actually an artillery vehicle). Considering that The_Chieftain is one of the supporters of this idea, it’s likely the T88 was blocked based on these grounds. There is a chance we might still see it, if nothing better is found though. A prototype still sits in Aberdeen.

No real photo exists here. Basically, not so long ago, Chieftain mentioned a post-war proposal to arm the Hellcat with a 90mm gun in its original turret (unlike the ingame 90mm Hellcat, that really is a Jackson turret on Hellcat chassis – yes, that existed in real life). Its main disadvantage is that nothing is known about it, no plans, no drawings, nada. It would be easy to implement (since the Hellcat model already exists), but the fact it would be just a Hellcat copy (that already is in the game), this doesn’t make the vehicle likely to appear. 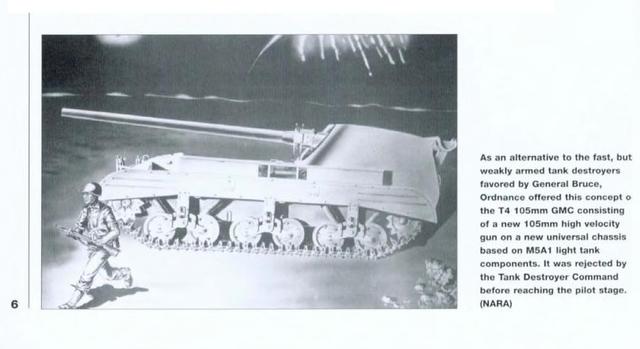 As the picture description says, the T4 was a proposal to put a high-power 105mm gun on a light universal chassis. This project never passed beyond the proposal stage (“it would be cool, if…”), making it no more historical than for example the Jagdpanzer E-100. No detailed characteristics exist and it’s a real question, whether we really need another vehicle, that is mostly fictional. 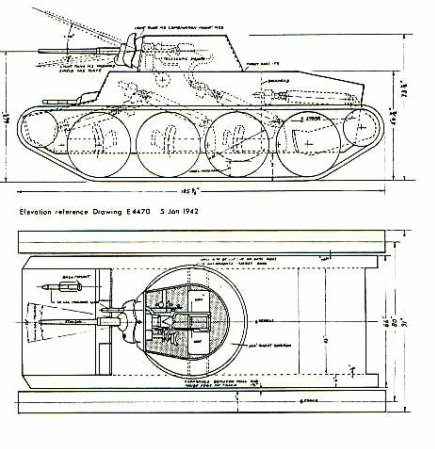 T42 was a T49 (the ingame TD) predecessor project – it was armed with a 37mm gun. Priory_of_Sion wrote in his post a long time ago:

In late 1941 development of the T42 began as a GMC version of the T9(which became the M22 Locust). By the end of its development it evolved into a vehicle with Christie suspension and a new hull. The gun was to be the 37 mm but I would like to have something more for the T42, it would be nice to see the 37 mm w/ the Little John Adapter as the T42′s top gun with ~90-100 mm of penetration. IRL it was unable to mount a 57 mm gun and the T49 project was started in Jan. 1942 due to that.

Generally, this is another lowtier project and I really don’t think we need this as the first American TD – but it’s an option. If you want to read more about these obscure things, I suggest the aforementioned post by Priory_of_Sion.

Don’t be mistaken by the picture above – this vehicle’s model does not exist, this is a mod created by a US forum member ramp4ge. The T78 was a July 1943 project to arm the Chaffee chassis with a 90mm gun in a M36 turret. By that time however, the Chaffee was not even in prototype stage, so this concept was purely theoretical. It was put on half in August 1943, because the Chaffee chassis was yet to prove itself. Despite the fact the Chaffee project was successful, the T78 development was never resumed.

This is another pretty theoretical construct, as you can see. It existed, but never reached the prototype stage. It does look cool and very different, so I wonder why wasn’t this considered earlier. Still, the lack of hard info and plans probably deterred the developers from pursuing this further. 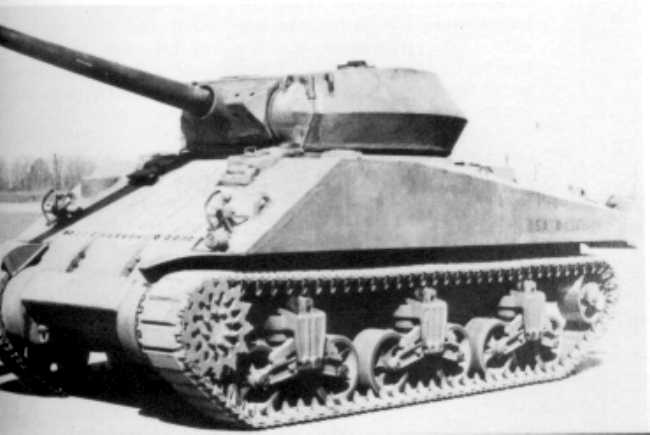 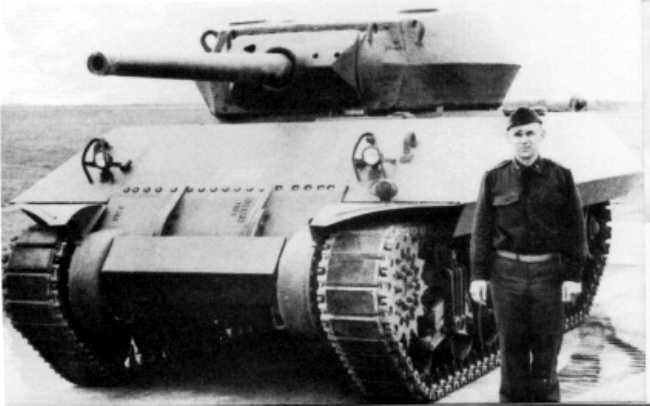 T35 tank destroyers were predecessors to the US M10 Wolverine. It was basically an attempt to put the 3in gun on the regular Sherman (M4A2) chassis. The lower picture above shows the T35E1 – what happened was that the Tank Destroyer command was not happy about the prototype, because they felt more protection was needed. The designers added more side armor on the T35E1, but even that was not enough. This vehicle eventually evolved into the M10.

There are two obvious problems with the T35. First: it has two hull options and that’s not good for a premium tank. Second, with the alternative hulls coming, the T35 might appear as a M10 alternative hull, making it “blocked” for the purpose of premium vehicles. I wouldn’t hold my breath for this tank destroyer to appear.

M36B1 was an M36 modification, using the M4A3 hull instead of the Jackson one, because there was a shortage of those at one point. It’s the same situation really as with the T35: most likely “reserved” as an alternative hull option. 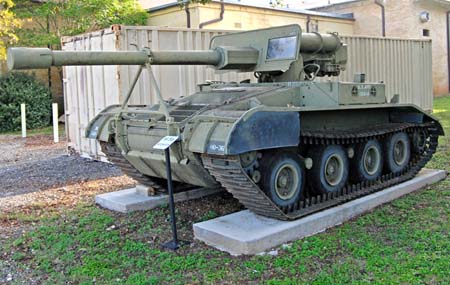 We all know it, no need to introduce this tiny vehicle. It has all the things a premium vehicle should have:

- it fits the game, but it doesn’t fit the branch
- it exists in multiple pieces, not a paper project
- it actually fought
- it’s not too new
- the gun properties are known, it is equal to the US M47 Patton’s M36
- it’s beautiful :)

It has one huge disadvantage though: the armor is zero. I mean, literally, there is no armor, only the gun shield is armored, the rest is half a milimeter of aluminium or something. This would make it incredibly fragile, but it could also be a lot of fun (providing it gets a decent camo factor). I asked and… yea, it’s acceptable. 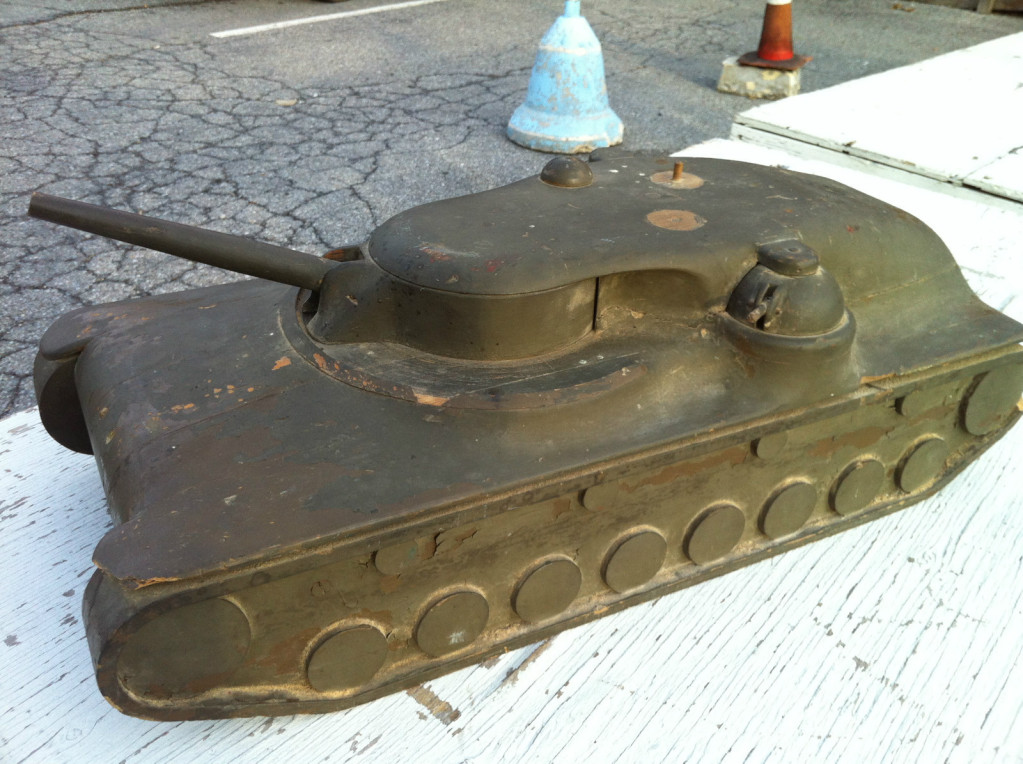 This is a real wooden mock-up, representing a very early development stage/proposal for the T28/T95 superheavy tanks. It was purchased by Wargaming from e-bay and… that’s it. No further information is available. I believe this thing is one of the few proposals, that could actually appear as a high-tier premium tank destroyer in the game, but any and all of its statistics would have to be purely speculative (as in, made up).

There are actually many more candidates, some of them are pretty weird (check the M5 3in GMC), but most of them are completely paper. Hunnicutt mentions some hightier tank destroyer projects too, but nothing solid on them either. If I was to guess, I think the most viable candidate of all is the M56 Scorpion, then the T78, T42 and T24. Personally, I’d definitely buy the Scorpion. The rest – well, nothing that really catches my eye. There is a huge chance I forgot some of the other candidates too (US tank destroyers aren’t my thing exactly), but I did what I could. And which one would you pick?