today, we are going to talk about the Š-I-D (also known as T-32) and the Š-I-j (known as T-3D), first being a Czechoslovak self-propelled gun by Škoda (as far as I can tell, the only purely Czechoslovak SPG, that actually fought in the war and fired shots in anger) and the latter being its proposed upgrade, that made it into prototype stage.

Now, before we start, a word on nomenclature. There is a lot of confusion, when it comes to Š-I-D, because its name is usually being messed up in various way. Examples I have seen in existence are S-1-d, S-i-D, Š1-d and various others. Occasionally, the name was messed up even by Czechoslovak clerks and officers. The correct version is probably the Š-I-D, because the name means:

One important thing: Š-I-D and Š-I-d are NOT interchangeable. Š-I-d is Š-I-D’s refused prototype, there are differences between them (less armor, one less roadwheel, the gun). This is the prototype, Š-I-d: 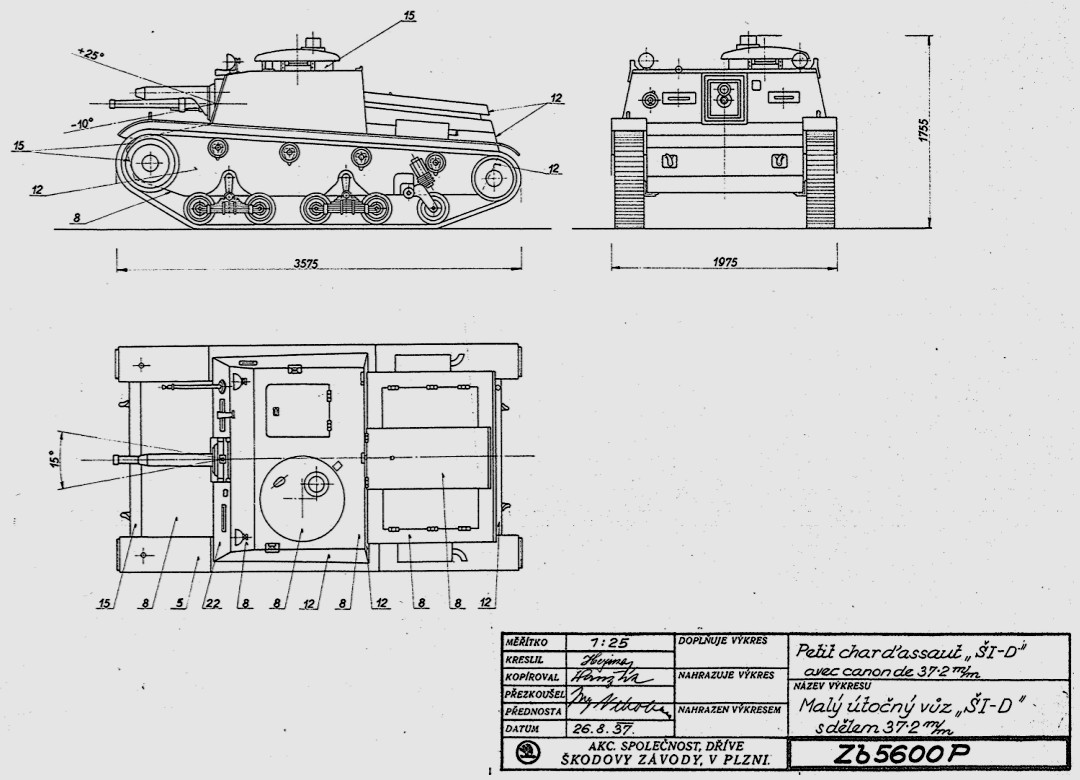 Š-I-d is a Škoda design, based on the Š-I (MU-4) tankette, developed in mid thirties by Škoda as a response towards the demands of the royal Yugoslavian army (the “d” in the name means “dělový” – “gun variant”). It was designed in 1935 – a simple box-shaped casemate was added on the original hull,made out of 5-20mm armor plates, riveted together. It had a crew of two and it was armed with a modified version of the Škoda A3 37mm AT gun (that could move 10 degrees to the sides from its axis, the elevation was -10 degrees to 25 degrees). The prototype however still had quite a few flaws. By the end of 1935, it was introduced to the Yugoslavian officers, who liked it, but they submitted a number of improvement suggestions, which were later incorporated into the next version, designated Š-I-D.

Š-I-D was the result of the Yugoslavian input. Namely, the chassis was prolonged, by adding one roadwheel and a roller and the engine was a more powerful model. The armor plates were a bit thicker (22mm max) and it was armed with an improved model of the A3 gun (the A3J), that had an extended traverse possibility (15 degrees to each side from the axis). The vehicle was well liked and in 1936 (after trials), Yugoslavia signed a contract for 8 of these vehicles. They were subsequently accepted into the service under the designation of T-32. They were used to train crews mostly (but also for combat and recon), but after Yugoslavia was attacked by the Germans and their fascist allies, 4 of these vehicles fought south of Belgrade, where they were destroyed by German artillery – despite their short career, they were regarded as successful. The remaining 4 vehicles (unarmed, used for training) stayed in the military school in Zemun, until they were captured by the Germans there. They were sent to (now German-occupied) Škoda factory for refit and afterwards, they went to the Waffen SS units and were used for training under the designation of Pz. Kpfw. 732 (j). 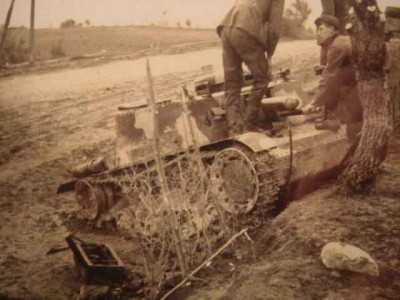 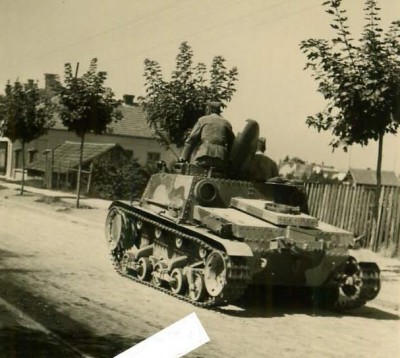 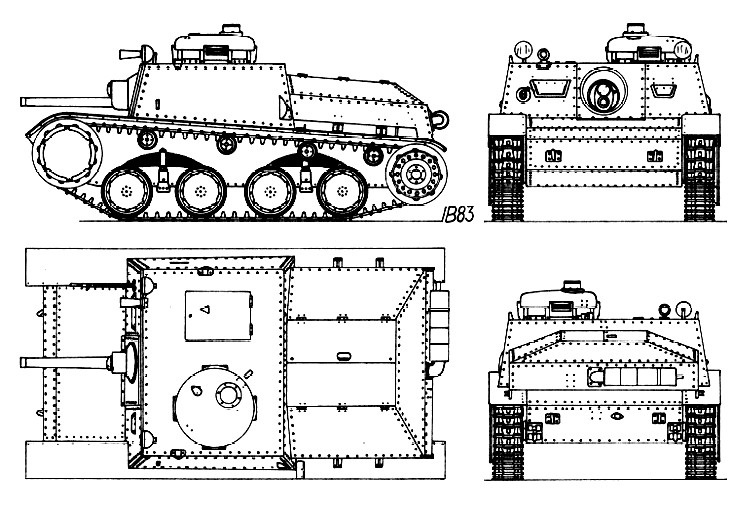 After the success of the Š-I-D vehicles in 1937, Yugoslavian government did put a new set on demands for Škoda engineers to work on in mid 1937. These demands included a small gun tankette, prototype of which was to be created until 30.4.1938. The resulting prototype, based on these demands, was designated Š-I-j (“j” stands for jugoslávský (Yugoslavian)). It was bigger than the previous model and had improved suspension and a brand new engine. But most importantly, it also had a new more powerful gun – the 47mm A-9Ja. One prototype was made and tested extensively in Yugoslavia in 1939/1940. It wasn’t found perfect – in fact, it had a few flaws – but despite that, it was accepted for future service. A 108 vehicle production run was planned, but based on the war experience, Yugoslavian army changed the specifications and focused on heavier vehicles – and that was the end of this project. The prototype was taken back to Czechoslovakia (and redesigned, first to T-1D, later T-2D and finally T-3D – D means “diesel” in this case), where it remained until it was taken away by Waffen SS representatives on 17.9.1943 to Munich for testing. Its final fate is unclear, but in 1946, this vehicle type was still in Škoda’s export catalogue.

Škoda A9J (sometimes can be seen under designation A9ja or A9j) was a reworked version of Škoda A9 47mm tank gun. The original can’t fit the superstructure, but (uhnistorically) could be considered as an upgrade gun. 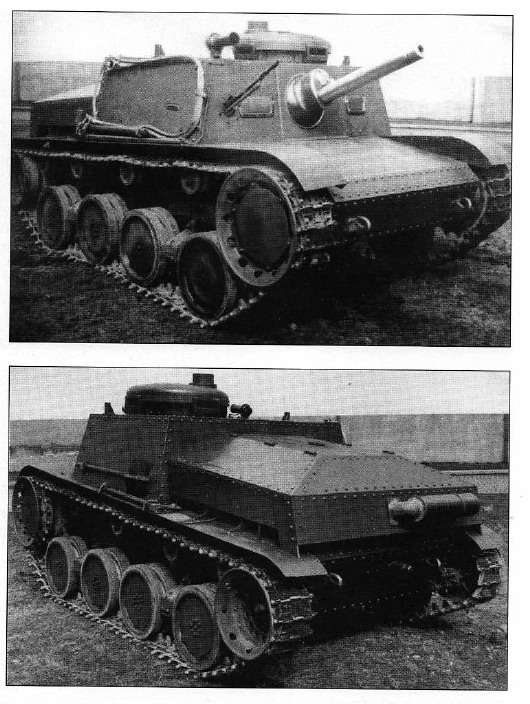 I would like to see these two designs as Czechoslovak tier 2 and 3 tank destroyers. Granted, they can of course belong to a theoretical Yugoslav TD branch as well, but given the fact that I haven’t seen a comprehensive proposal for such a thing… I don’t know. For World of Tanks use, the Š-I-j would probably have to have some unhistorical upgrades though, such as mounting another gun than the one it actually had (like the original longer 47mm A9, which was considerably more powerful). Either way, both vehicles fit into the game nicely and I think we might see them one day.