it’s not apparently widely known (I actualyl thought it was) but everytime a model gets a HD overhaul (in this first test, the Tiger, the T-54 and the Sherman), the collision model (armor schematic) gets an overhaul as well. The point is to add many more armor zones in order for the armor to be more realistic. Check this out.

This is the old T-54 model (from Tank Inspector) 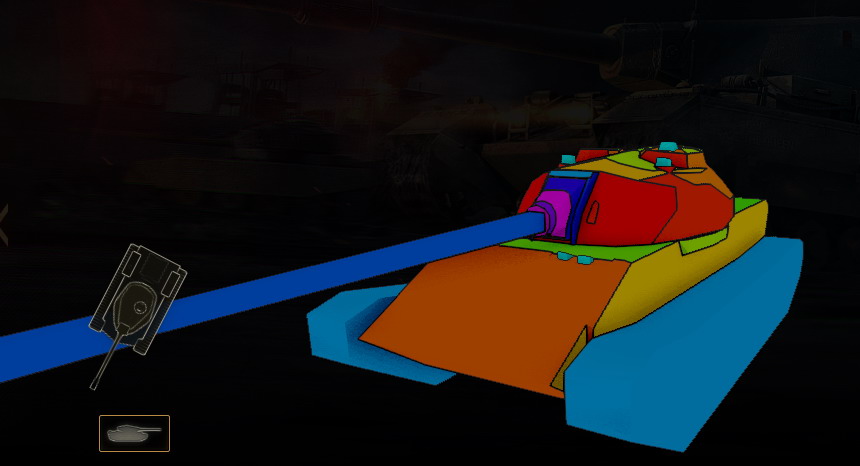 This is what we have now. 120mm frontal plate, the entire front turret is 200mm thick, the yellow zone above the mantlet is 86mm thick, the roof is 48mm thick, the turret sides are 160mm thick in the front (the red parts next to the frontal plate) and so is the commander’s copula. The sides behind them (the orange part) are 108mm thick.

For one, the tracks aren’t homogenous anymore, you can aim between the frontal roadwheels. The hull didn’t practically change (still the 120mm there), but the turret did. Now, only that small red part (the vertical small strip) next to the mantlet is 200mm thick. The “belts” are thinner – the lowest red one is 155mm thick, the one above it is 139mm thick, then the two orange ones (107mm and 87mm), the yellow-green belt above the mantlet is only 48mm thick and the roof is 30mm thick. The commander’s copula now is only 130mm thick. Rear and side turret armor has been nerfed as well (87mm and less).

As you can see, effectively, it’s an armor nerf. We’ll see how this will work in the game.

Now the Tiger – this is the old model.

And the new one. 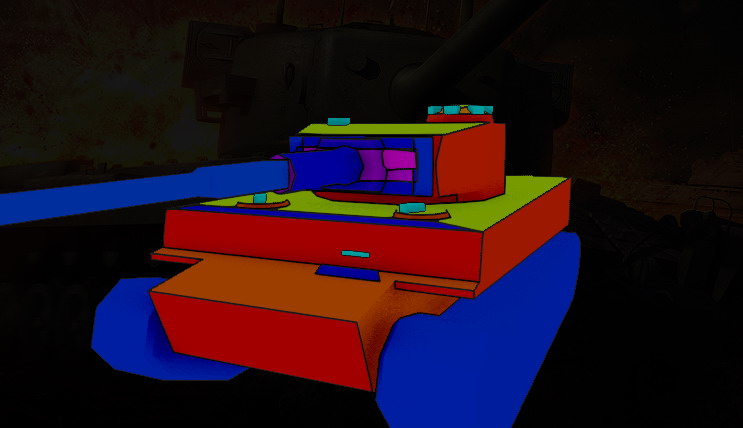 As you can see, the models are practically identical. That’s because not so long ago, Tiger I armor scheme was overhauled in order to be historical. Now, the “blue” part of the mantlet (40mm thick spaced armor, 100mm behind it, eg.140mm) got thicker (the violet parts are 140-150mm thick) and commander’s copula has an extra armor zone (upper part is 50mm thick instead of 80mm).

And the Sherman now. The old model: 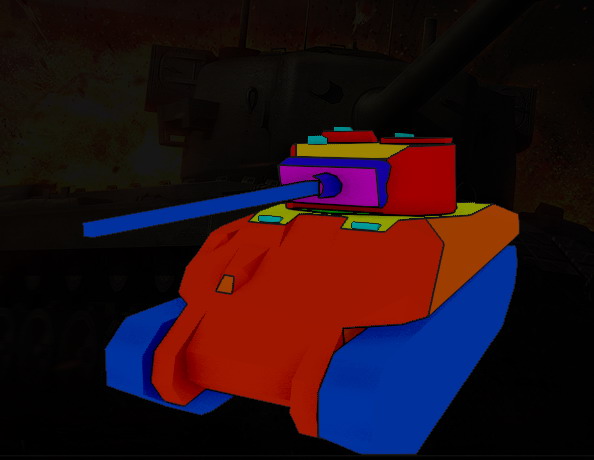 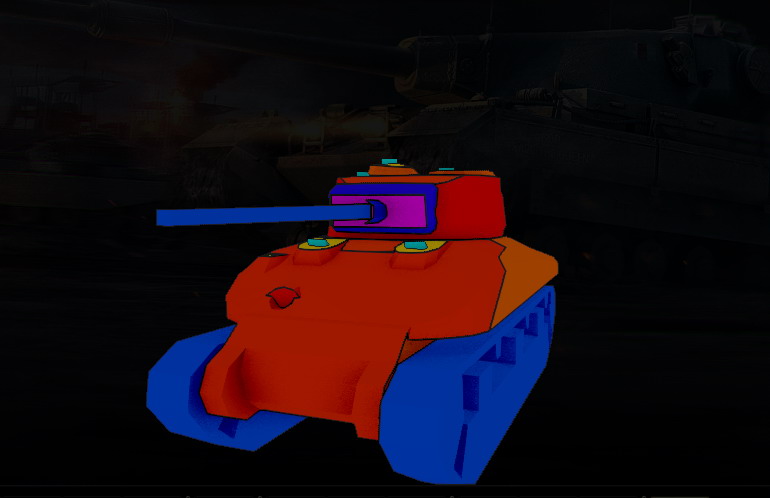 There are significant changes here, although perhaps they are not visible at first sight. First, the MG weakspot is gone, now, the spot is actually thicker than the rest of the 51mm armor (64mm). The turret is now 64mm thick, but commander’s copula is only 38mm thick (as well as the hull sides). The weakspot strip above the mantlet is now 45mm thick, but the biggest change came to the mantlet. The violet part is 89mm thick, but unlike before, it has no turret armor behind it, so effectively it’s just 89mm and not 152mm like the last time. The blue part is only 45mm thick, but it has turret armor beneath it. Overall, the center of the mantlet is now weaker.