another interesting article by Yuri Pasholok came up – this time, about the Soviet M18 Hellcat. According to him, the vehicle, standing in the Kubinka museum, is one of the oldest vehicles of this type in existence. 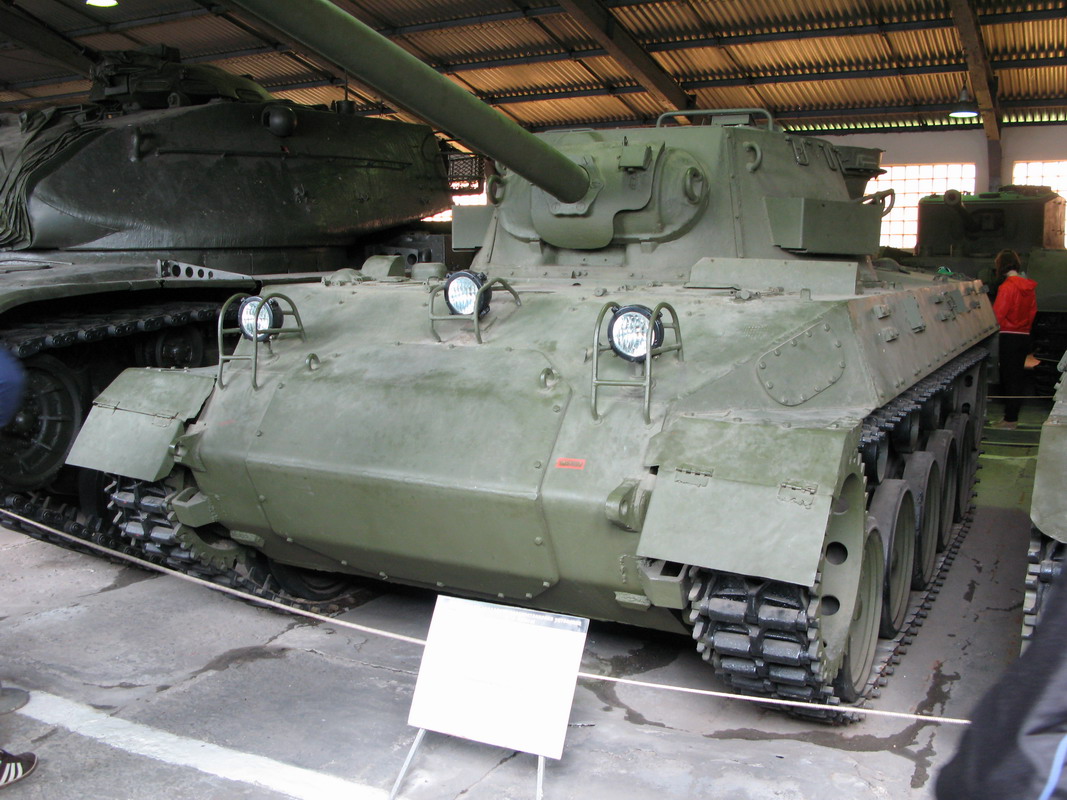 Technically, it’s not even an M18 Hellcat. It was built by the Buick company in 1943 (its M1A1 gun, serial number 1272 was made by another plant, GM-Oldsmobile. This type vehicle was designated as M18 Hellcat in March 1944, so the vehicle in Kubinka is actually its earlier incarnation, the T70 Gun Motor Carriage and that’s how it is called in the Soviet documents. This is how this T70 GMC (serial number 40108549) looked in 1945: 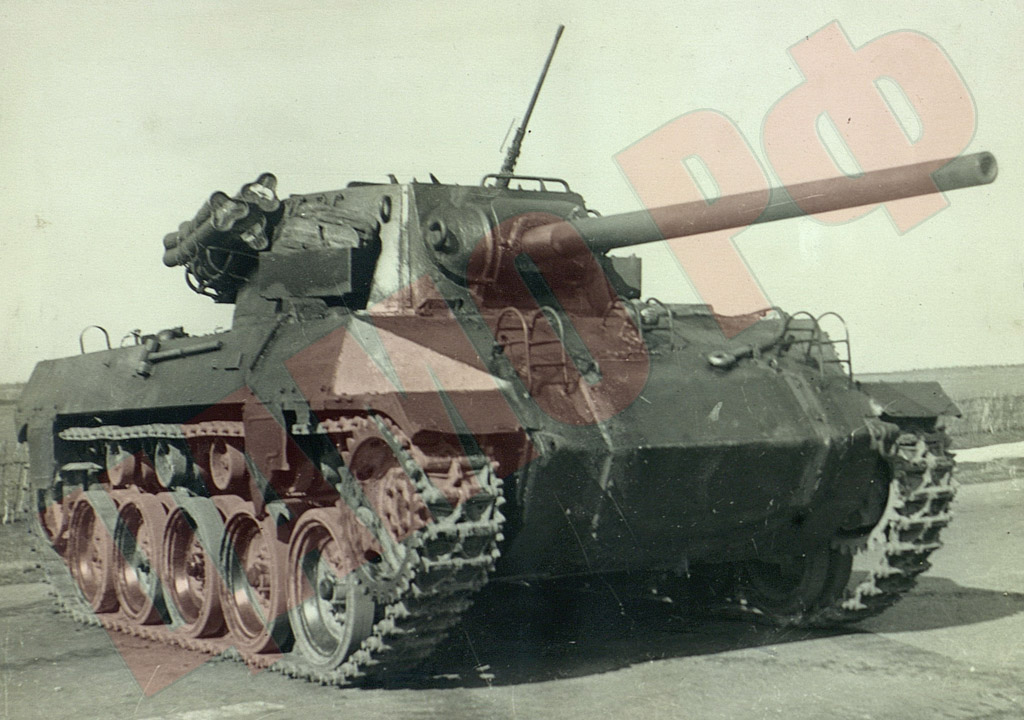 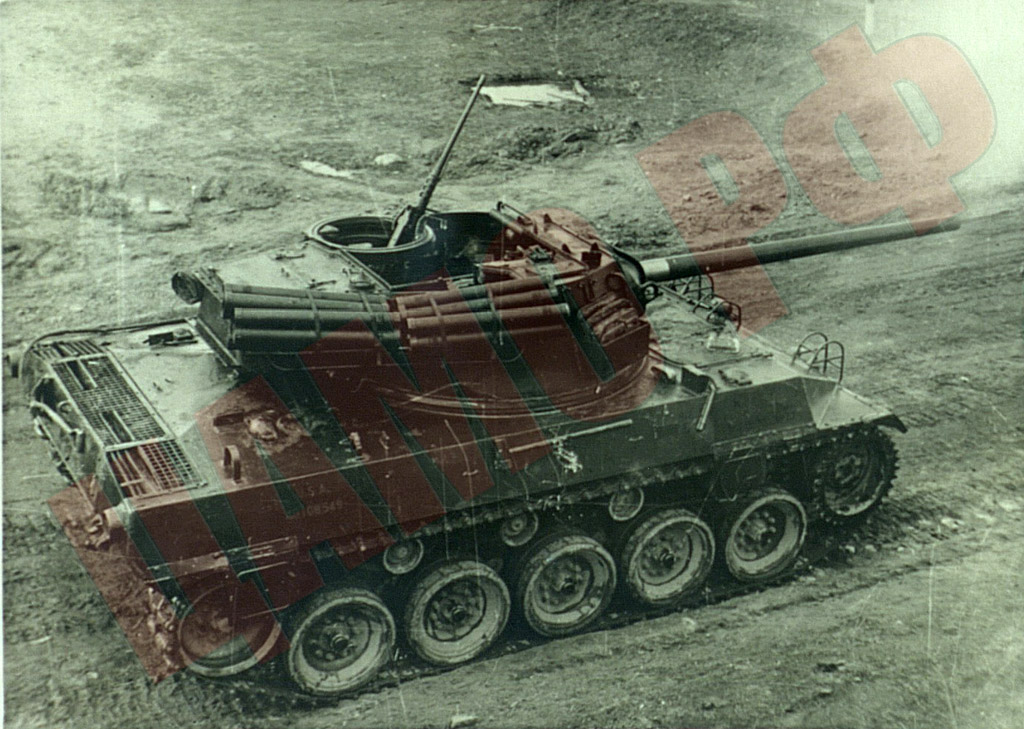 The vehicle was tested in 1944 by the Soviets at NIIBT proving grounds, both regarding its mobility and firepower.As a fun fact, this vehicle was also used in live firing at a captured Tiger II. The Soviets actually considered requesting this vehicle from the Americans as a part of the Lend-Lease program, but after the tests, they decided not to do it, because the results proved unsatisfactory. Yuri Pasholok also posted the documents, showing the test results, so I will translate a part of it for you to see, what flaws did they see in it. The original documents can be seen in Yuri Pasholok’s post, linked above.

I. Weak armor, protecting only from rifle-machinegun fire and small shell fragments.

III. It uses high octan gasoline as fuel, making this self-propelled gun dangerous, when it comes to fires

What the Russians also noted was:

- maximum speed 75,6 km/h
- sharp braking at speeds over 45 km/h causes the vehicle to drift
- average road speed is 45 km/h, offroad 23,8 km/h, on field with snow 19,4 km/h
- speed on asphalt roads is limited by the fact that vehicle is unstable, especially if the road is covered by icy snow
- offroad speed and speed on snow is limited by insufficient torque, produced by the hydramatic torque converter
- fuel consumption is significantly higher than norms for this class
- lack of torque also makes this vehicle unable to cross roadside ditches and deeper holes
- lack of torque doesn’t allow the vehicle to tow other vehicles of its class off the road
- maximum angle of slope on icy surface the vehicle can climb is 16 degrees, at higher angles the tracks slip, to compare, SU-76 can cross 26 degrees slope
- maximum angle of slope on snowy surfae the vehicle can descent is 24 degrees

(there were several such numbers more, all pointing out insufficient terrain passability)

- maximum fording depth 1,55 meters, more the vehicle cannot ford, because water would get into engine compartment
- muzzle velocity of the AP-T round is 803 m/s
- the vehicle has sufficient stability when firing, the recoil moves the machine only very little
- firing from short stops is possible and effective
- firing when moving is ineffective
- technical (unaimed) rate of fire is 11,4 RPM
- aimed rate of fire without shifting fire is 9,7 RPM, with shifting fire 7,7 RPM
- the gun mechanism works reliably and had no issues
- gunner’s space is comfortable
- loader’s space is cramped and not comfortable
- commander’s space does not allow comfortable function, because periscope is missing and the commander is exposed to small arms fire
- driver’s and his helper’s space is comfortable
- ammunition is not stowed comfortably, out of the entire set of 45 rounds, loader can easily reach only 9
- the entire vehicle works reliably, it did not suffer from breakdowns
- double differential actually reduces the stability and maneuverability of the vehicle

There were several more points. Overall, it seems that the Soviets didn’t mind this vehicle that much, but I didn’t notice any point, where they would state that this vehicle is clearly superior to Soviet designs (probably because it wasn’t).