today, we have a short guest article by Davis Kyle about the Indian Sherman modifications. Enjoy!

The Indian Sherman – possible tier 6 premium for World of Tanks? 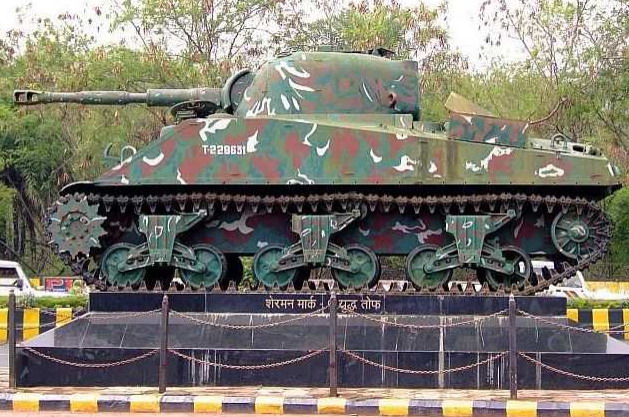 Most people do not consider India to be a very innovative country for developing tanks, but they would not be entirely correct. India built their own Vickers MBTs (Vickers Vijayanta) and had and has a relatively modern army. However, backing up their front-line Centurions, they had some gun-upgraded Shermans they modified for the Indo-Pakistani Wars, that fit perfectly into the WoT timeframe.

There would be three gun upgrades compared to the regular M4 Sherman, Tier 5 American medium tank in WoT. The French SA49 and SA50 (as seen on the AMX 13-75) and the D56-T gun, found in real life on the PT-76, Soviet amphibious tank.

Both the PT-76 and AMX-13 were very advanced tanks light tanks on the export market, newer than M4 Shermans, but decidedly less common in India. Therefore, they were harder to repair and keep in service. Also, with the (albeit limited) protection and greatly improved reliability the M4′s chassis gave the Indian Army, it was enough to convert some guns to the Shermans to replace the totally outdated 75mm L/40 that most Sherman V’s carried.

Not much is known about the Indian Sherman in combat, however the guns it carried were used to effect. Some unconverted PT-76′s did serve well as reconnaissance and as stopgap measures against light armor. For instance, in the Battle of Garibpur, where 14 PT-76′s took out a much larger force of M24 Chaffees, destroying 12 and capturing three. However, PT-76′s faced steep casualties fighting M48 Pattons, as could be expected.

The Sherman V, what the Indian (Upgunned) Sherman, is based on, was the main export Sherman, used post-war by many armies around the world, it’s US designation being the M4A4. It carried the General Motors 6046 engine (as seen one the M4A2E4 premium Sherman), giving it 420 horsepower. As American factories armed the Truman world, this was the chief export of freedom to coutries in need of battle tanks.

Other modifications to the Sherman V’s included Israeli modifications into SPG, bridgelayers, mortar carriers and the Super Shermans with up to 105mm French guns. The Egyptians also mounted a FL-10 turret on Shermans, a strange sight indeed. However, this article focuses on the modifications made by India.

Of the guns mounted on the Indian Sherman does not currently exist in World of Tanks. It is the D56-T, 76.2mm gun. Here are some of its specifications. 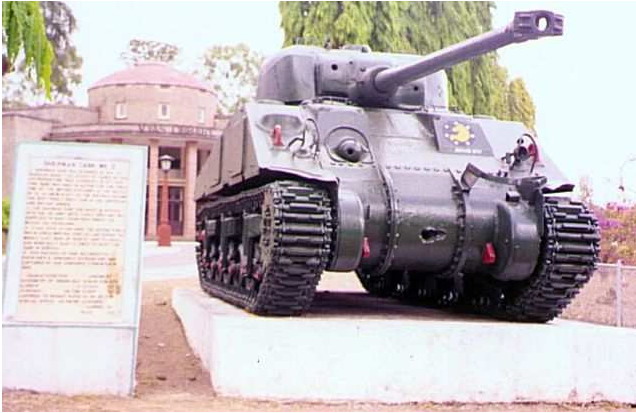 Other equipment: same tracks and turret upgrades as the M4, SCR 508 and SCR 528F radios

The Indian Sherman would be an interesting tank to drive. Slower, with most handling characteristics equal or poorer compared to its tier 5 equivalent, with slightly better armor. It is not a fast medium compared to some of the competition, like the Cromwell, but is reasonably mobile. It’s stock gun (D-56) would gives decent alpha, muzzle velocity of HVAP and good accuracy and aim time. However, it’s very poor rounds per minute gives it bad DPM. The top gun on the other hand, the SA50, with its RPM improvement (over stock) and better standard ammo penetration, becomes the top gun. I would give the Indian Sherman 730 HP, the same as the much better armored Jumbo.

24 thoughts on “The Indian Sherman”