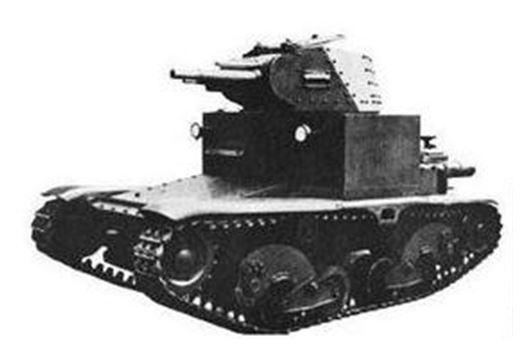 We previously discussed was the CV.3 Series Italian Light Tank as a potential Tier 1 for Italy here and while that vehicle is really interesting, it’s not the only option for Tier 1. The Fiat 3000 is probably the most commonly suggested (because it’s a simple fit as another FT-17 clone) and usually considered a superior choice to the CV.3, as it has a turret. But, is there a Tier 1 turretted option which is not just a copy/paste tank?

The answer is ‘Yes’; the Ansaldo 5 tonne tank project.

As its development is rather convoluted with numerous dead ends, many of the upgrades lack proper names, so where necessary, they are named as best as can be managed to help understanding them a little easier.

Following the experiences of the Spanish Civil War where the CV.3 series was outclassed by Soviet-supplied T-26 tanks, it was obvious that a better armed and turreted tank would be required. Ansaldo initially modified the CV.3 series to carry a 37mm gun in the hull and the CV.3 hull was upgraded with the new suspension, using a pair of bogied wheels on a cranked arm fitted to torsion bars, which was used after some minor changes on the L.6 light tank.

Above: L.5 Prototype design without turret

This is still not what was needed, as lacking a turret, the vehicle was easily surrounded and vulnerable to infantry attack; a fate met by several CV.3 vehicles in Abyssinia. Around late 1936, a new updated design appeared, retaining the hull mounted 37mm and with a small one-man turret, fitted with twin 6.5mm machine guns. This version would be known as the Ansaldo L.5.

The hull gun was still causing problems and obviously the desire was to improve the turret armament, so between June and October 1938, a new 6-sided turret (we shall call it Turret ‘A’) was developed, armed with the 37mm gun and with a twin 6.5mm Scotti coaxial machineguns in a very pronounced rounded mantlet. Given this development, we can easily split this single vehicle into two separate possible designs for WoT, one with a hull gun (Ansaldo L.5) and the one with the main armament in the turret (Ansaldo 5t).

Above: Ansaldo 5t with turret ‘A’ – Images taken from footage of vehicle undergoing trials

After this turret had been evaluated, a second prototype turret design was tested. This new turret (we shall call it turret ‘B’) was 10 sided and while retaining the very pronounced rounded front, it switched to a more conventional 37mm gun and coaxial single machinegun layout. This new turret also featured improved vision ports on the sides, as used on the CV.3 series hulls. Minor hull changes included the omission of the hull side vision ports.

Above: Ansaldo 5 tonne turret ‘B’

A third prototype turret M.38 was designed with 10 sides and a mantlet less pronounced but larger inside, retaining the 37mm L.36 gun and coaxial machine gun. This more modern shape was later modified to become the turret for the more well known L.6 light tank from late 1938.

The first model of the L.6 featured this M.38 37mm armed turret, but the gun was replaced by the excellent 20mm Breda cannon by October 1939. 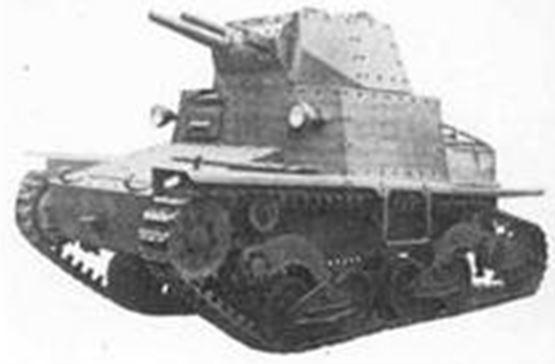 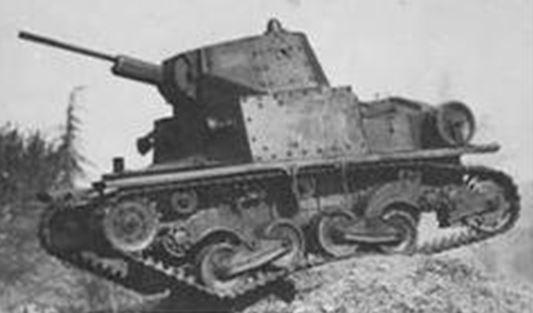 The L.6 tank later served as the hull for tank destroyers and scout vehicle designs and remained in production until January 1943. The last L.6 left service in 1971.

If we take the turreted version of the 5 tonne prototype design (Ansaldo 5t) as the Tier 1 we would get a lightly armoured light tank to start the tree and a 37mm gun with 360 degree traverse, while the Ansaldo L.5 with the hull mounted gun could be used as a Tier 2 Premium light tank instead.

Using the Ansaldo 5t would allow a proper historical technological progression from Tier 1 to Tier 2, while still having a turreted tank, which we wouldn’t get with the Fiat 3000 design which led nowhere and offering a more varied tier 1 instead of yet another FT 17 clone.