recently, it was announced – or rather leaked – that the Stronkhold mode will – with one of its iterations – bring defensive turrets, controlled by bots. These turrets are made of tank turrets on concrete rectangle and look something like this: 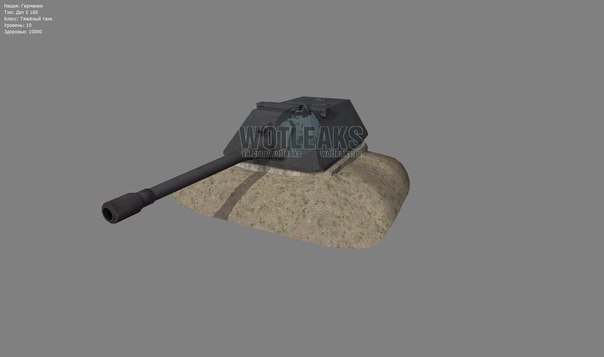 Some players started claiming that such a setup is nonsense, because it’s Wargaming fantasy. Well, is it?

No, it is not. Using tank turrets as fixed emplacements is nothing new – it was actively done in the war and after the war with various turrets. The Germans actually used this kind of setup heavily, turning obsolete tank turrets into defensive emplacements. Such a setup in German was called “Turmstellung” was used for example in Scandinavia, but also in France, when the Atlantic Wall was being fortified. One of the earliest examples is the Panzer II Turmstellung: 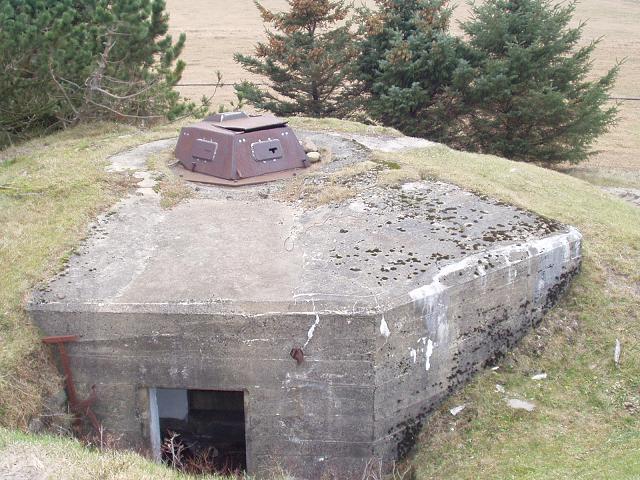 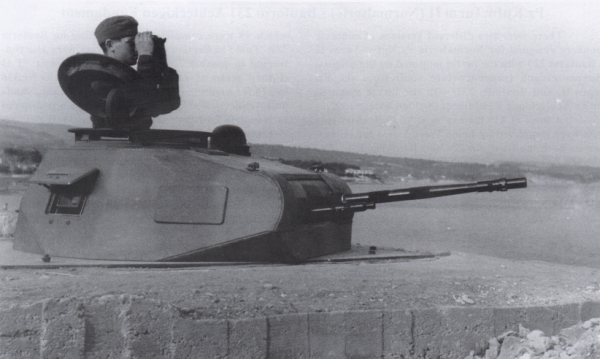 These setups sometimes used the original tank armament, sometimes they did not, some of the Panzer II turrets were for example converted to use flamethrowers. Same thing happened to the obsolete Panzer 38t turrets. These were no ad-hoc buildings by the way, the use of turrets in this way was actually planned, along with their specific concrete foundations. Here, you can see a setup of the 38t turret foundations. 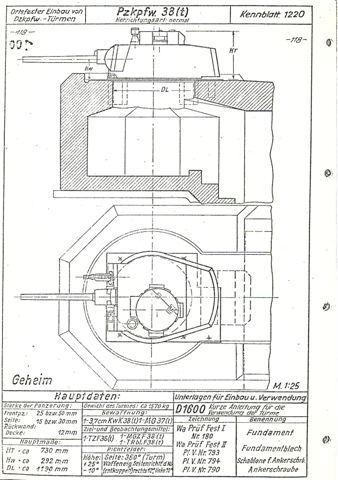 These 38t turret setups were used in Norway, in France (the Atlantic Wall), in Greece, but also later on river Odra during the final days of the Third Reich. Their remnants can occasionally be found in the countryside. 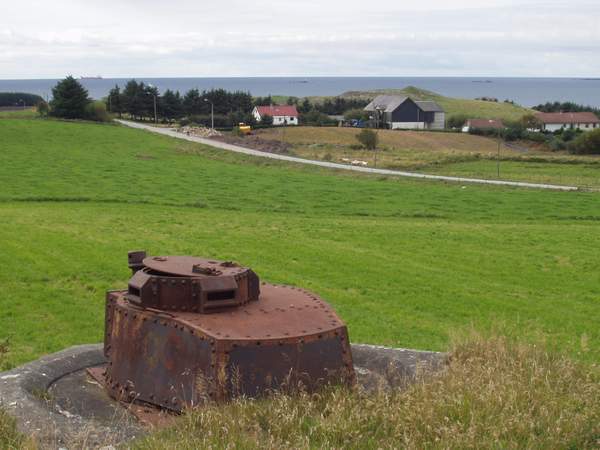 As funny or strange as these bunkers look, they were actually quite effective. The turret provided only a small target, it could turn around and was difficult to knock out – and even if you did damage it, it did usually not kill the soldiers inside the bunker, unless the turret was obliterated by an artillery shot or engineers, so you still had the bunker itself to deal with. Of course, not only obsolete turrets were eventually planned for fixed positions. Turrets of knocked out heavier tanks were used as well. Here for example a Panther turret fixed installation in Berlin, 1945: 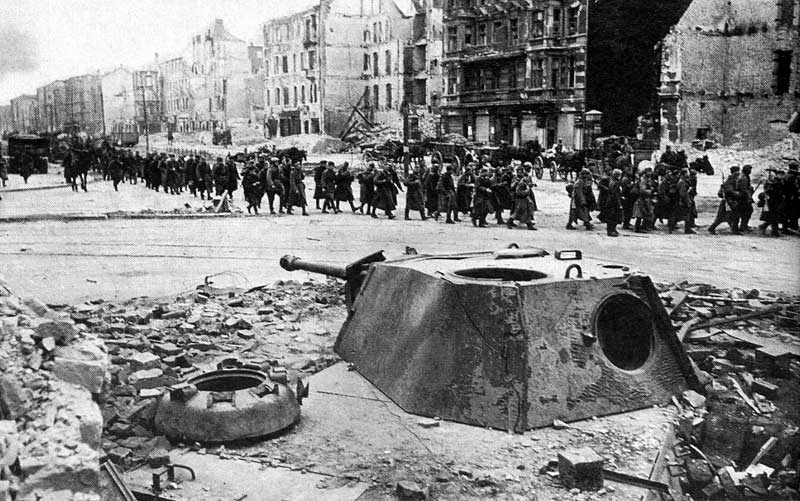 Some suggested that Wargaming is making stuff up with that E-100 turret emplacement shown above – after all, E-100 turret as a bunker? That has to be a nonsense, right?

It is not actually, although it was the Maus turret, that was planned this way. 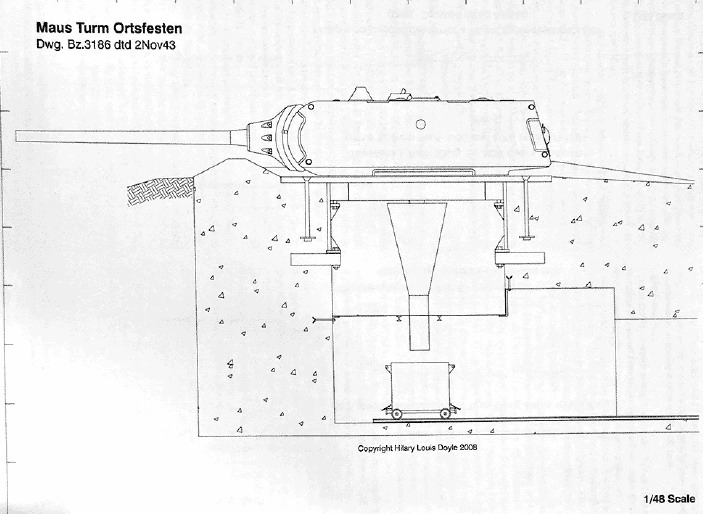 On the conference with Albert Speer and Hitler in late September/early October 1943, it was proposed that modified Maus turrets were to be used as fortification turrets, since the original fortress turret variants were extremely steel requiring. In November 1943, Krupp prepared the plan above for a fixed Maus turret installation, but nothing ever came of it.

The praxis of using obsolete tank turrets continued well after the war. Some regions of Europe were practically infested with them. One of the best known cases is the Bulgaria-Turkey border, where many armored vehicles were dug in this way. 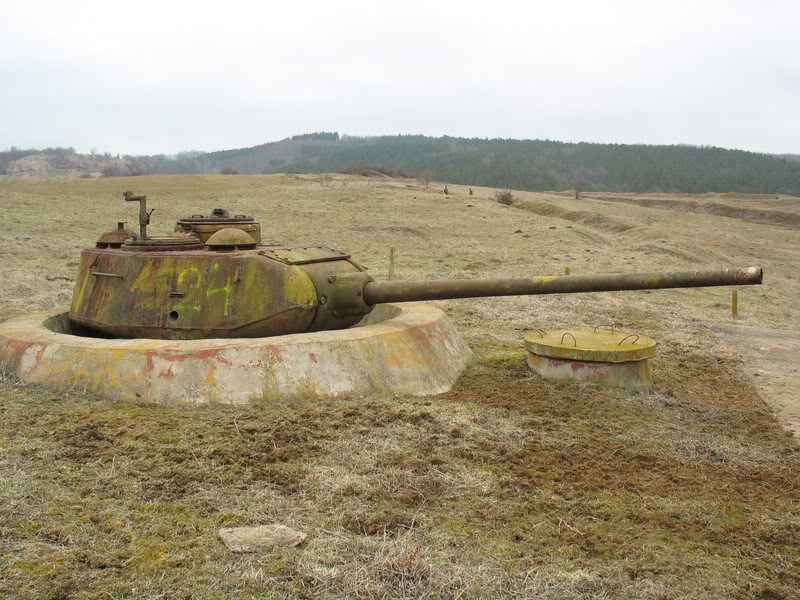 These fortifications “survived” (of course in disrepair) practically to this day, some of the dug in tanks were recovered (mostly German stuff – a StuG, a Panzer IV). The last active use of tank turrets as fortifications took probably place in Golan Heights during the 1973 war, when Syrian forces employed obsolete tanks (even Panzer IV’s) as fixed fortifications. These did actually fire apparently and some were knocked out by the Israeli forces.