Everyone knows about the success of the Renault FT-17 tank. It was the first tank ever to use the “classic” turret configuration we see on practically all tanks of today and it started the long development of these war machines, that hasn’t ended yet and is constantly evolving. Every modern tank today owes to its existence to this little fellow. 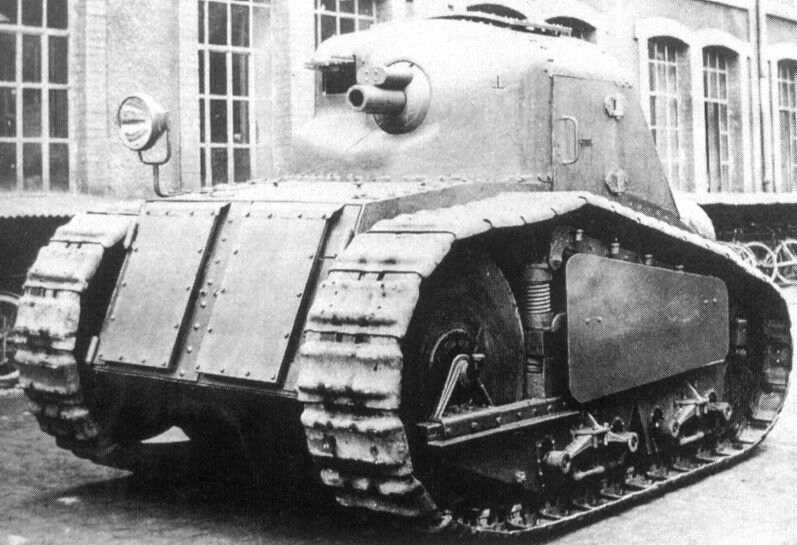 However, Renault was not the only French company, developing armor in WW1. In parallel with the development of the FT-17, other companies made their attempts as well. Notably, Peugeot came with its own tank project and the vehicle photographed above is the result of this undertaking. The vehicle development was initiated by Captain Oemichen, an engineer (developer), serving with the Special Artillery branch of the French military (l’Artillerie Spéciale). He proposed a vehicle, that was roughly similiar to the FT-17, but lacked a turret. On the other hand, the suspension of the vehicle was simplified. 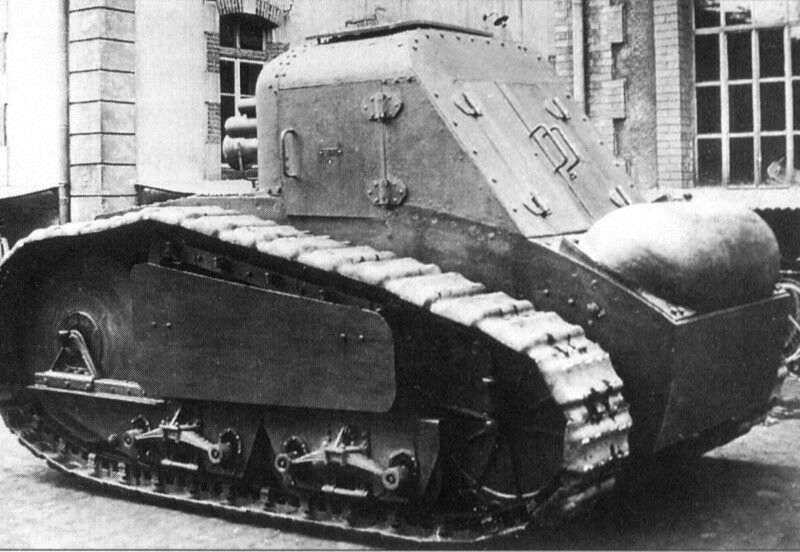 The suspension consisted of four roadwheels, paired via two bogeys with coil spring suspension, frontal leading wheel, rear drive sprocket and five small support rollers. The exposed parts of the suspension were protected by and armored plate. The hull was riveted and had the advantage of a roomy superstructure. In the back of the superstructure and on the sides were the crew doors, used also for loading of the ammunition into the vehicle. The main gun was the 37mm SA-18 (some sources incorrectly claim it the vehicle also carried the 75mm Blockhaus Schneider gun, but the photos seem to show only the 37mm variant), mounted in a ball mount in the frontal part of the superstructure, while being shifted a bit to the left from the axis of the vehicle. Alternatively, 8mm Hotchkiss MG could be mounted instead. The driver was sitting on the right side from the gun.

The vehicle weighed 8 tons and had a crew of two. Neither the parameters of the armor nor of its engine are currently known.

A single prototype was made by the end of 1918, when the defeat of Germany was already only a matter of months. The vehicle was trialled and compared to the FT-17, but regardless of its uniqueness, it was judged as being on part with the (already produced) FT-17, having no clear advantage over it. Under the circumstances, with the war almost over, the project was considered as superfluous and it was cancelled.

In World of Tanks, if the armor was discovered (original French books?), it could serve as a nice lowtier premium or even regular tank destroyer vehicle. 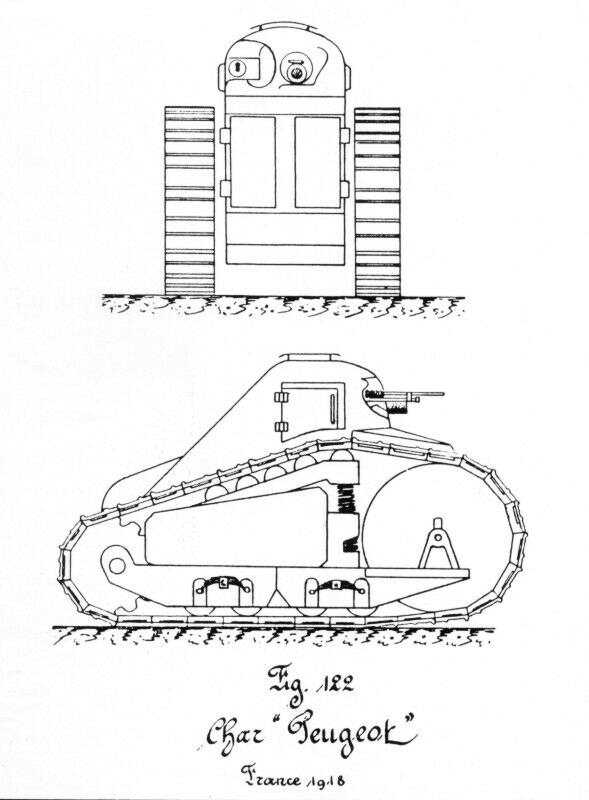