today, we’re going to have a look at some of the armored vehicles, that served in the army of Uruguay. Despite being a relatively small country in the region, Uruguay nevertheless has an interesting force of various armored vehicles, usually from USA and eastern Europe. Its first tanks were 40 M3A1 Stuart light tanks, recieved on 25.11.1944 from the USA. Two units were equipped with them – 4th Cavalry Regiment (Regimiento de Caballería N°4) in Montevideo and, later, 2nd Regiment in Durazno.

After the war, Uruguay signed the Uruguay Military Aid Program contract with the USA in order to modernize its army. The army (Ejército Nacional Uruguayo), based on it, bought, amongst other things, 17 M24 Chaffee light tanks in order to improve its armored forces, because the Stuarts, armed with their 37mm guns, were considered inadequate. The Chaffees came from the US Army stores in Korea and arrived on 30.9.1957. They were attached to the 13th Infantry Batallion (Batallón de Infantería Nº13) in Montevideo – this batallion then changed its name a year later to 13th Armored Infantry Batallion (Batallón de Infantería Blindado Nº13). It was organized into a tank company (Compañía de Tanques) with three platoons (5 tanks each) and a command section (2 tanks). Apart from the Chaffees, the army also recieved an M47 armored recovery vehicle, that was transferred to the 4th Cavalry Regiment, that later changed its name to the Mechanized Cavalry Regiment (Regimiento de Caballería Mecanizado). 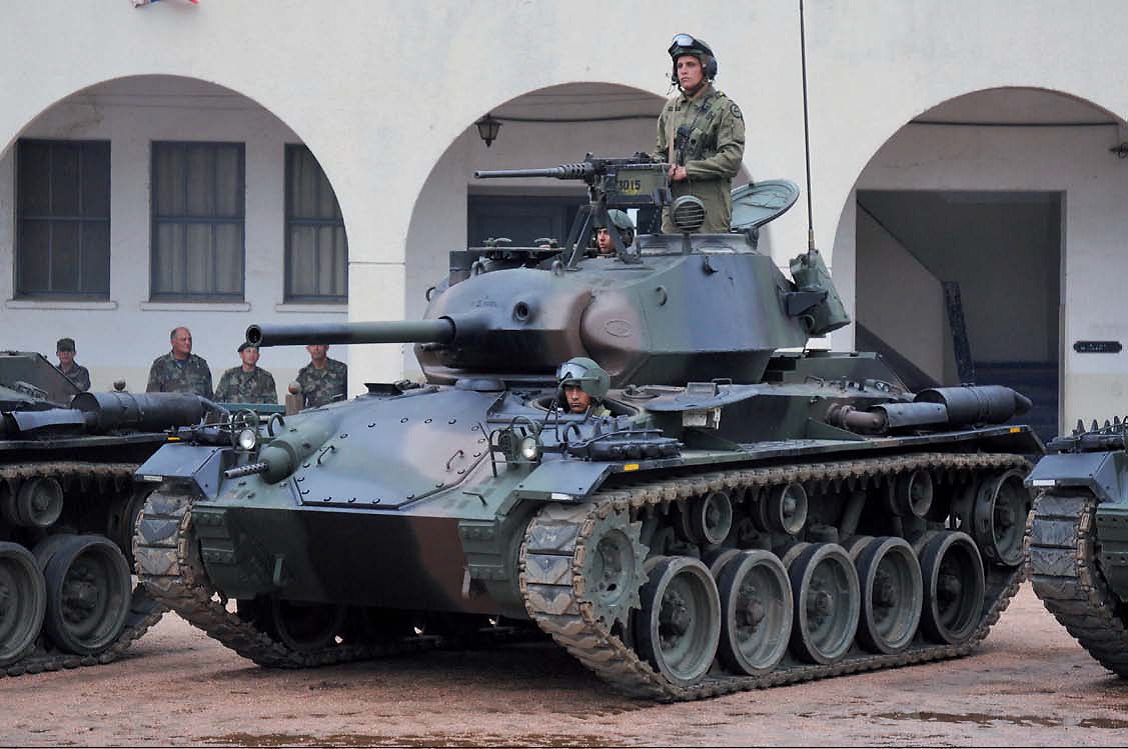 The tanks appeared in public for the first time during a military parade on 5.4.1958 and in following months, they were used mainly for training. Several years later, one tank (No.16) was equipped with an indigenous dozer blade (designed and produced by Alférez Otto Gossweiler) in order to participate in urban combat operations during the Tupamaros movement fighting between 1968 and 1973. 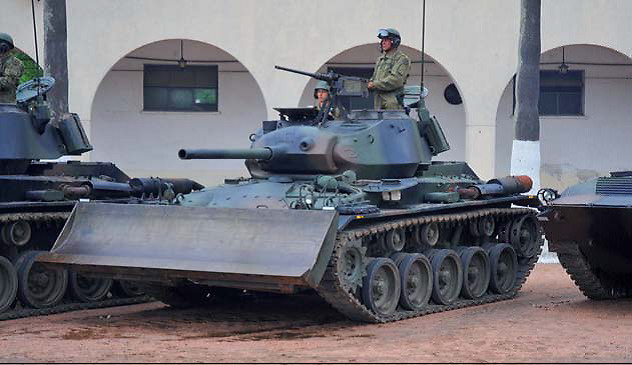 In 1982, Tensa company from Argentine developed an upgrade kit for the Chaffee. It was offered to Uruguay and one tank was indeed modified using this kit, but the project was unsuccessful and the remaining tanks were not modified. The vehicles however did need upgrades badly (especially the engines) and so between 1983 and 1987, a Brazilian company was hired to switch the original Cadillac 44T24 engines for the diesel Saab Scania DN-11 180hp engines. With these, the Chaffees actually remained in service until 2012-2013 or so, when they were replaced by Brazilian heavily modified M41 Walker Bulldog tanks.

This is not too unusual in the region – South America has long tradition in using extremely modified old vehicles – a perfect example of this would be the X1 Brazilian model, which in fact is a heavily modded Stuart.

26 thoughts on “Chaffees in Uruguay”