those of you, who are playing World of Tanks for a while do probably remember that at one point, the tier 6 medium tank, T-34/85, had an option to mount the 100mm D-10T gun. This was actually quite historical – there was an attempt (a prototype) to mount a 100mm gun in the T-34/85 turret and today, we’re going to have a look at it. 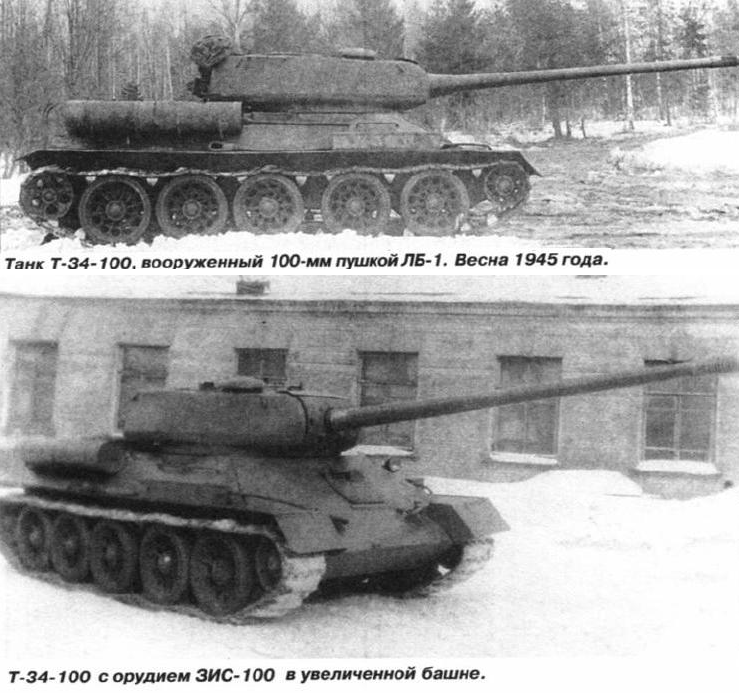 The reason for the proposal to actually upgun the T-34/85 was the fact that even in 1944, it was clear that the 85mm-equipped tank was inferior to the Panther, when it came to guns and improvements were in order. The first step was to first install a high-power 85mm gun (ZIS-85-BM) with improved penetration capabilities. This happened in September 1944, when Factory No.192 developed this powerful gun with the muzzle velocity of 980 m/s. After the development, the gun, now designated as ZIS-1, was transferred to the Gorokhovetsk proving grounds, but the trials proved to be the a failure.

In the beginning of October 1944, the design bureo of the Factory “Bolshevik” tried to develop an 85mm high-power gun as well – this time it was an experimental 85mm V-5 gun with the muzzle velocity of 950 m/s. Additionally, the factory also developed a conical gun V-9K with muzzle velocity of more than 1150 m/s. But the characteristics of the gun were not satisfactory, the gun was barely able to keep up with the dreaded German 88mm L/71 and in the Spring of 1945, the development was cancelled.

Regardless of these failures, the development moved towards the equipping of the T-34 with a 100mm gun. This task of mounting a 100mm fun into a regular turret was given to the design bureau of Plant No.9 and the Department 520 of Plant No.183 in July 1944. However preliminary development showed that the standard 1600 mm turret ring would be insufficient. At the same time, the larger 1800 mm turret ring of the heavy IS tank was too large to fit on the T-34 without seriously reworking the vehicle, which was practically impossible. Either way, the developers of the Gorky Factory No.92 design bureau, led by A.Savinov, managed to relatively successfully implement a 100mm gun into a standard T-34/85 turret. They proposed a gun by the name of 100mm ZIS-100 for it, based around the earlier mass-produced ZIS S-53 model gun. Yet again, the trials of this gun were not successful, since the gun, when shooting during the testing, overstressed the transmission and suspension of the T-34/85 by its power. The installation of a muzzle brake did not solve the issue either.

The second part of the attempts to upgun the T-34/85 tank was connected with the development of the new modern T-44B medium tank (later on leading to the development of the T-54). From the initiative of A.A.Morozov and the Factory No.183, a hybrid experimental vehicle was created, with the suspension, transmission and other parts of the T-34/85 and with the turret of the T-44B. Since the turret ring was larger (1700mm), there were some changes made to the T-34 chassis as well. The hull machinegun was removed and so was one of the crewmembers. The bottom and the roof above the engine of the vehicle was made thinner, the fuel tanks were modified and there were some modifications in the suspension as well. In the end, the vehicle weight reached 33 tons and this tank was designated as “T-34-100″.

Between February and March 1945, this tank was trialed on the Sverdlovsk and Gorokhevetsk proving grounds, both with the 100mm ZIS-100 and D-10T guns (the latter being from OKV No.9). The testing was relatively successful, even though the accuracy of the guns was not good and firing the guns still proved to be quite a burden on the suspension. The Red Army liked the vehicle and they pushed the developers to further work on the vehicle and to fix the various faults, but unfortunately, various attempts to figure out and fix the aforementioned issues were not met with success. 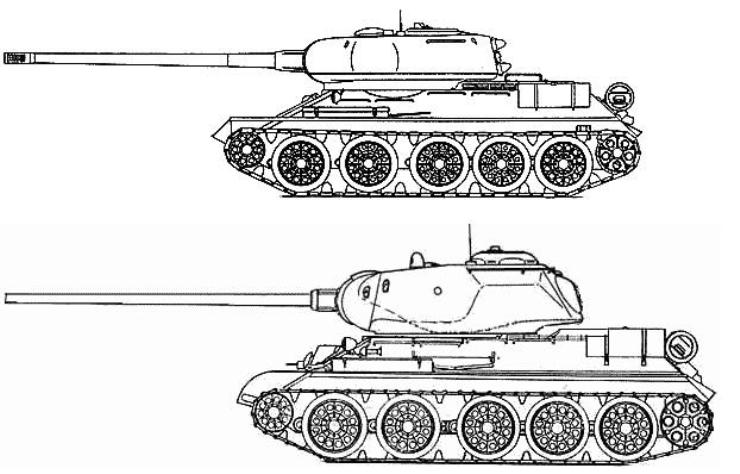 At this point, in the Factory No.92 in Gorky by the end of 1944, a new 100mm gun LB-1 was developed with a reduced recoil and they mounted this gun on the T-34 as well. Generally, the gun was similiar to the D-10T and the ZIS-100. The gun of the tank with this gun reached 9150 mm, with the gun barrel being 3340 mm longer than the dimensions of the tank itself. Between 6th and 14th of April, 1945, the T-34/100 with the LB-1 gun was tested, with 1000 rounds fired and over 501 km driven with this tank. The practical rate of fire of this gun was between 5,2 and 5,8 rounds per minute, the accuracy of this gun was higher than its predecessors and the stress on the suspension was lower. The trials were a success and the army liked this vehicle as well, but in the end, the T-34/100 was never mass produced – the war was practically over, there was no need for it anymore and new, more modern tanks (T-44 and T-54) were being developed at this point as well.

The LB-1 was later used in 1945 to equip the T-44 (T-44-100), because its original 85mm armament was considered insufficient after the war, but the two prototypes of T-44 proved to be unreliable and poorly maneuverable – in the end, they were never adopted in service. Further work on the T-44 made little sense, since in March 1945, first T-54 prototype was created. Even here, the three 100mm guns were used and tested, ending with the final victory of the D-10T gun, that served as a standard T-54/55 gun for a very, very long time.