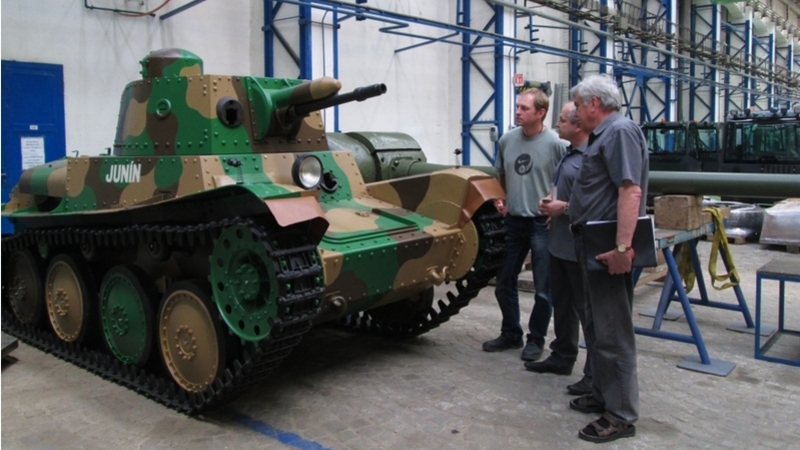 this article is not about the Soviet LTP design, but about a Czechoslovak pre-war tank of the same name. LTP (also known as Tanque 39) was an export tank by Praga from the 30′s, designed for the army of Peru. It was modified to operate in high altitudes of the Andes and in its role, it was very successful – you can read about this design in an older article on FTR. These tanks actually served until 1988 or so, being one of the longest-serving Czechoslovak-made vehicles in history. After that, they were phased out and converted into monuments.

In September 2012, one was transported from Peru back to Prague and exhibited for a time in front of the military museum in Prague. 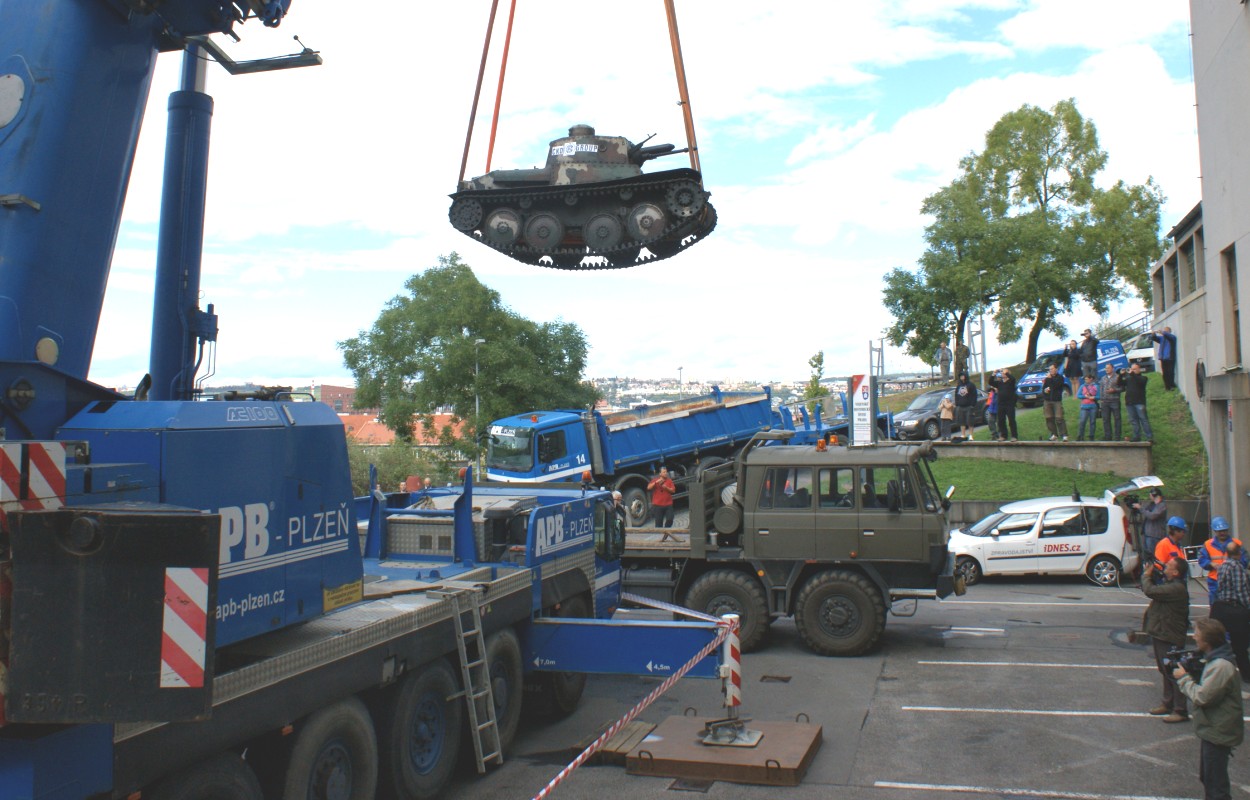 This is the shape it was in in December 2012 – as you can see, it’s quite bad. The vehicle was extremely worn out and rusty all over. 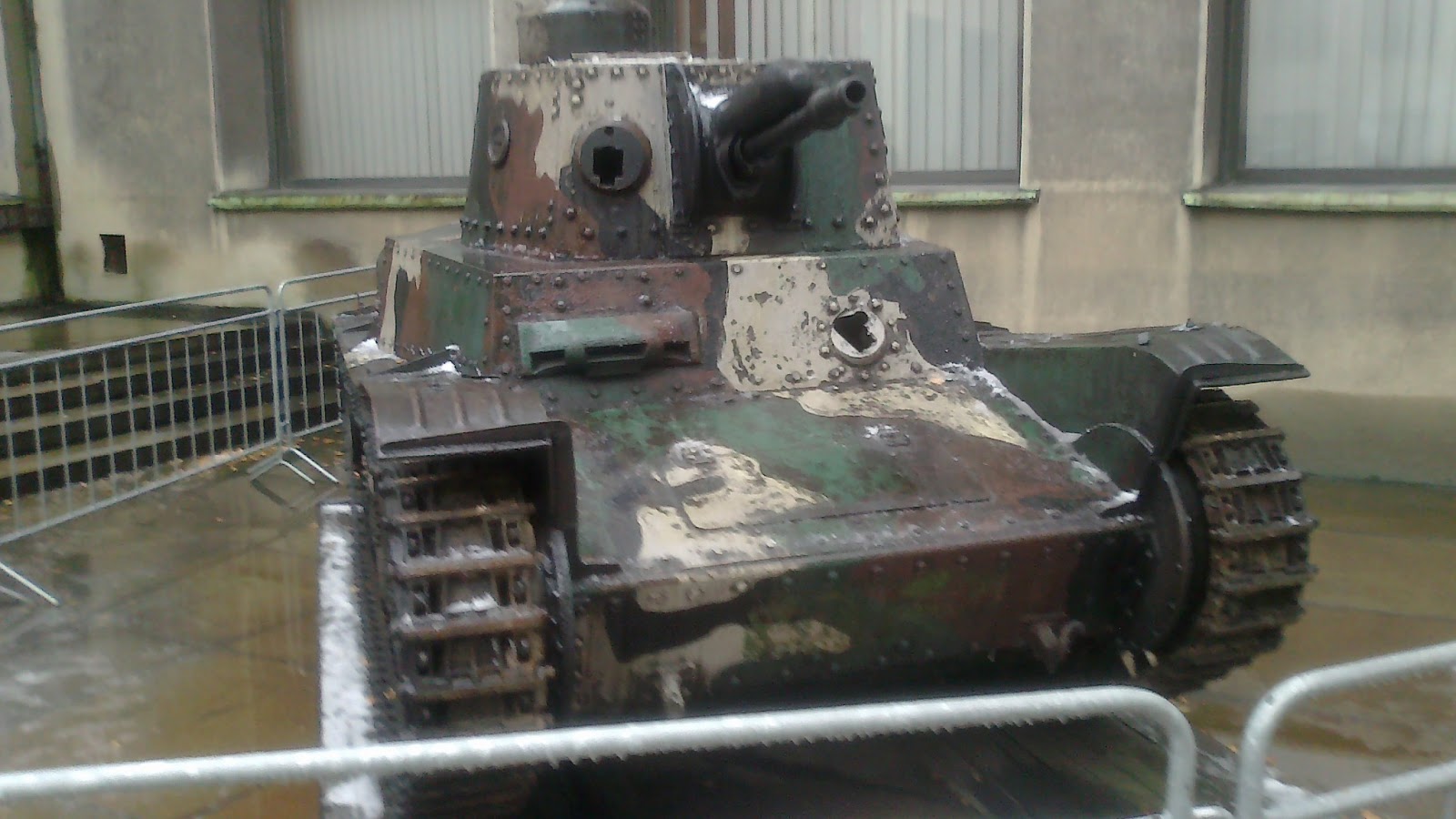 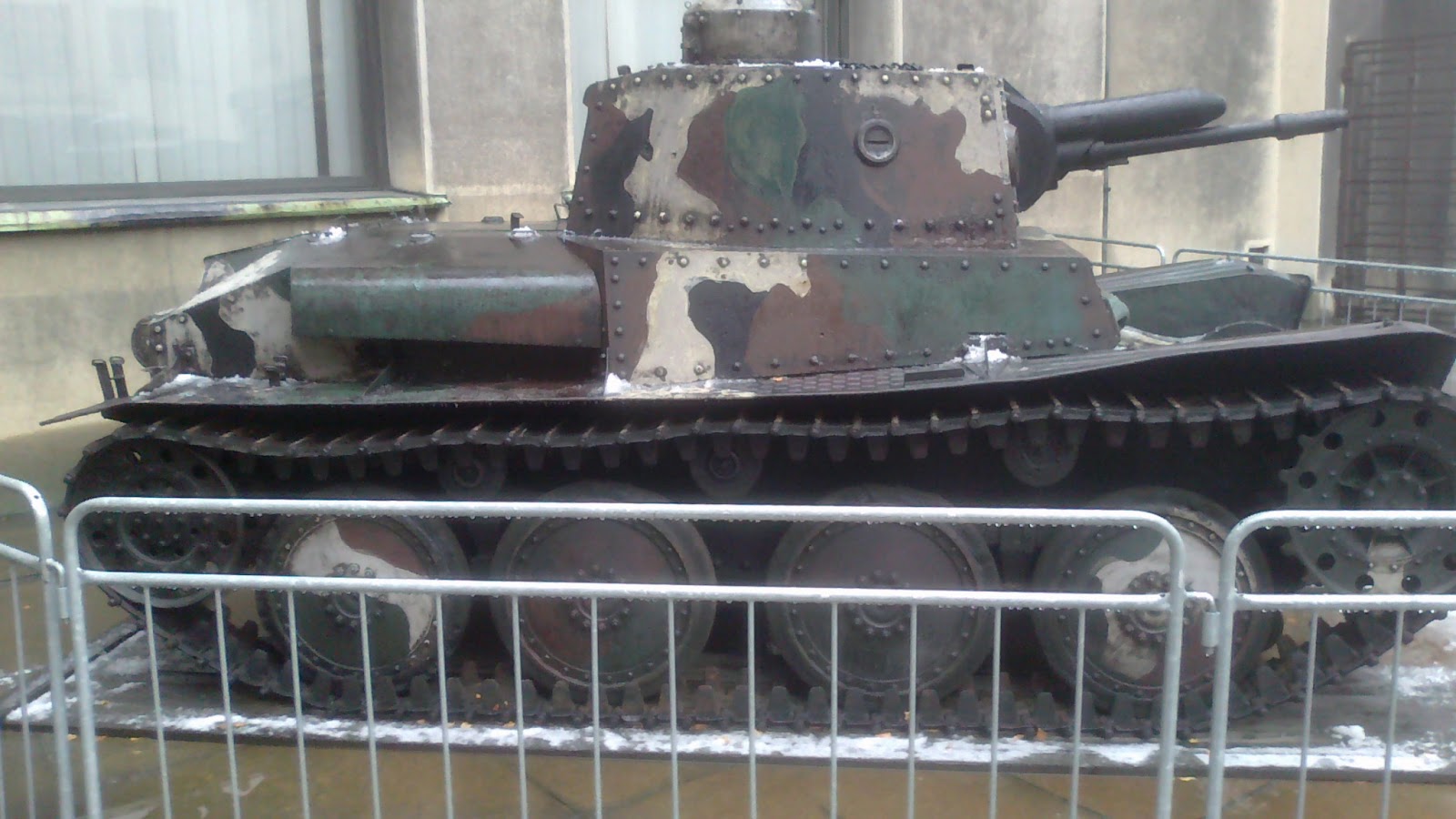 Luckily, as you can see on the first picture of this post, it got restored! The Třinec Steelworks helped with its restoration by creating new track links, as well as other parts, the rest was restored by VOP Nový Jičín. The restored vehicle will actually be restored to running condition and will be transferred to military museum in Lešany. Currently, it’s the only vehicle of this type in Europe. Its full restoration is scheduled to be completed in 2015, after which it will be used during military museum events. Can’t wait :)

It’s not the first cooperation between VOP, the steelworks and VHU (Military Historical Institute, Prague) – the previous one was the restoration of the LT Vz.35, out of four remaining in the world the only one in running condition.