if you follow FTR, you already know that the Soviet tree will be not one, but two medium premium tanks richer. One is the tier 8 T-54 Mod.1945 and the other, recently unveiled, a tier 6 premium tank, the T-34-85M. The first one was already covered in an article, let’s have a look at the latter. 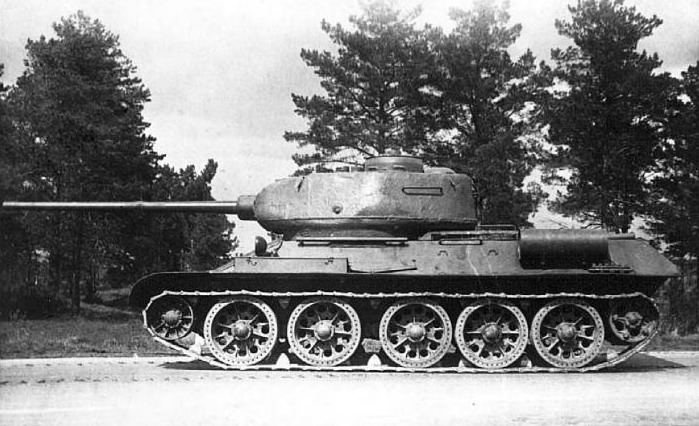 Please note that this tank has nothing to do with the post-war T-34/85 modification, often referred to as “T-34/85M” as well.

The history behind this vehicle is relatively simple. While the T-34 armor was quite good for its time, especially thanks to its sharp slope, on a battlefield swarming with Tigers and Panthers, sloped 45mm of armor just was not enough. Therefore, various Soviet tank designer teams were looking into ways, how to make the formidable T-34/85 even better. Some attempted to improve its firepower, others focused on the armor. This is the latter case.

Stalin himself has been asking about the possibility of armor upgrades to the T-34 hull, specifically to increase the frontal armor thickness to 60mm. At first, the answer was negative due to the excessive weight of such an upgrade, but in the beginning of 1944, based on this Stalin’s request, calculations were made in order to determine, whether there is a way to actually improve the armor. In February 1944, Factory No.183 recieved an order from the national comissar for tank industry to design a T-34-85 armor upgrade until March. The completion of this order was delayed, as the team was busy with other projects (specifically the improvement of the T-44 prototypes) as well as with the organizing of the T-34-85 mass production itself. Nevertheless, in May 1944, two prototypes of this improved vehicle were built.

The first prototype had following changes:

Second prototype (this is the one that will be in the game) had the same changes as the first one, but in addition, more improvements were made:

- original six internal fuel tanks were replaced by two 190 liter fuel tanks in the rear of the vehicle, behind the transmission
- the rear of the vehicle was reworked: lower rear plate was made 40mm taller and its thickness was reduced from 45mm to 30mm. The angle remained the same (45 degrees). From the sides, these rear fule tanks were protected by unsloped 45mm armor

Thanks to the reduction of the armored plates thickness, the weight of the tank remained roughly the same as the original T-34/85 (in fact, the first prototype was cca 100kg lighter). Here are the characteristics of the second prototype (in comparison with original T-34/85 in brackets).

There were some small internal and mechanic changes as well. Both vehicles were tested from 24.5. to 10.6.1944 on Kubinka proving grounds and were compared to a mass-produced T-34/85. The test committee under colonel Muravich noted that the vehicle recieved better protection without worsening the tank dynamics and driving capabilities, but following flaws were found:

- the heavy DT machinegun shield reduces the durability of the shield, since its mount is stressed by the additional weight
- the second prototype rear fuel tanks were vulnerable due to the unsloped 45mm armor
- reduced bottom thickness makes the vehicle more vulnerable to mines
- the changes in the transmission gear ratios did not improve the tank characteristics at all
- the smaller drive sprocket was much less reliable than the old one, the entire suspension was far less reliable than on the serial T-34/85 in fact
- while the rear fuel tanks of the second prototype reduced the risk of fire in the vehicle, this solution made the access to the transmission much harder (even for maintenance), in order to repair it, the entire fuel tank had to be removed. This was a huge problem connected to the relative unreliability of the vehicle in general, as the engine, including transmission, required maintenance often. 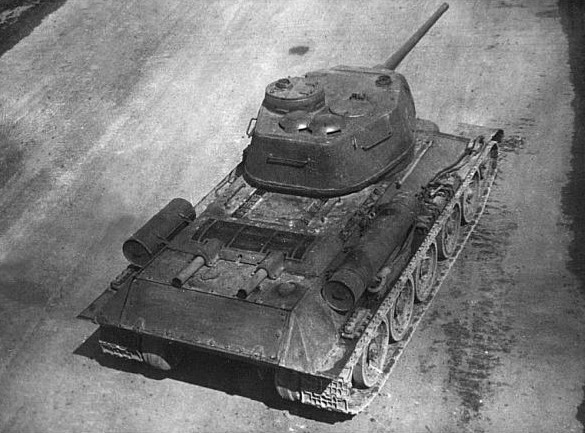 The committee proposed some remedies to this situation and supported initially the mass production of this vehicle. In summer 1944, tests of the improved thickness frontal plate were conducted with the Panther gun. It turned out that the Panther could penetrate the 75mm sloped plate only at 650 meters or closer, a significant improvement. However, the vehicle was never to be produced en masse, because – also in Summer 1944 – tests of the new T-44 medium tanks were conducted. Some Soviet officers, even after seeing the T-44 results, sided with the T-34 improvements and requested the T-34 upgrades instead of the T-44 production. However, if was for naught, as shortly afterwards, the T-34-85M project was scrapped.