just a short post about something, that was kinda haunting me for a while. Some time ago, I was going through the British section of one Czech portal and ran into something called “Tropical Tank 8-20-10″. I had absolutely no idea what it was as there were no details provided, but its name intrigued me and so, after some unsuccessful searching, I asked David “Listy” Lister, since he has extensive knowledge of British vehicles. And, of course, he came through. 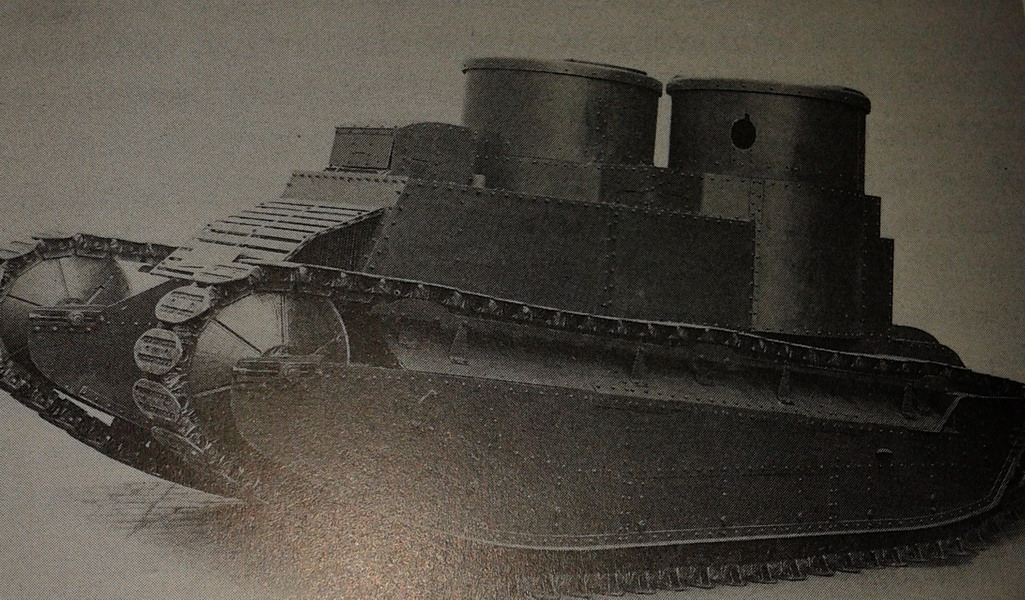 The Tropical Tank 8-20-10 is mentioned in the “Mechanized Force” book by David Fletcher and was created in 1922 by Philip Johnson for service in India. Four versions were proposed: a tank, artillery transporter, supply carrier and an amphibious version. It was one of the very early British tank designs. It had a 45 horsepower engine, Rackham steering and a 4 speed gearbox. Its armor was probably paper thin (protecting against small arms only) and it was equipped with two machineguns in twin turrets.

A single prototype was tested in June 1922 – after running 238 miles, the tank broke down and its development was discontinued. The prototype was likely scrapped later on. It has of course no place in World of Tanks, since it was equipped with machineguns only, but nevertheless, if you are looking for this obscure piece of hardware from the beginnings of British tank design, here it is.