today, we are going to have a look at another of the Czechoslovak prototypes, the Škoda Š-II, also known as “Střední Útočný” (S.U., “medium assault vehicle”). 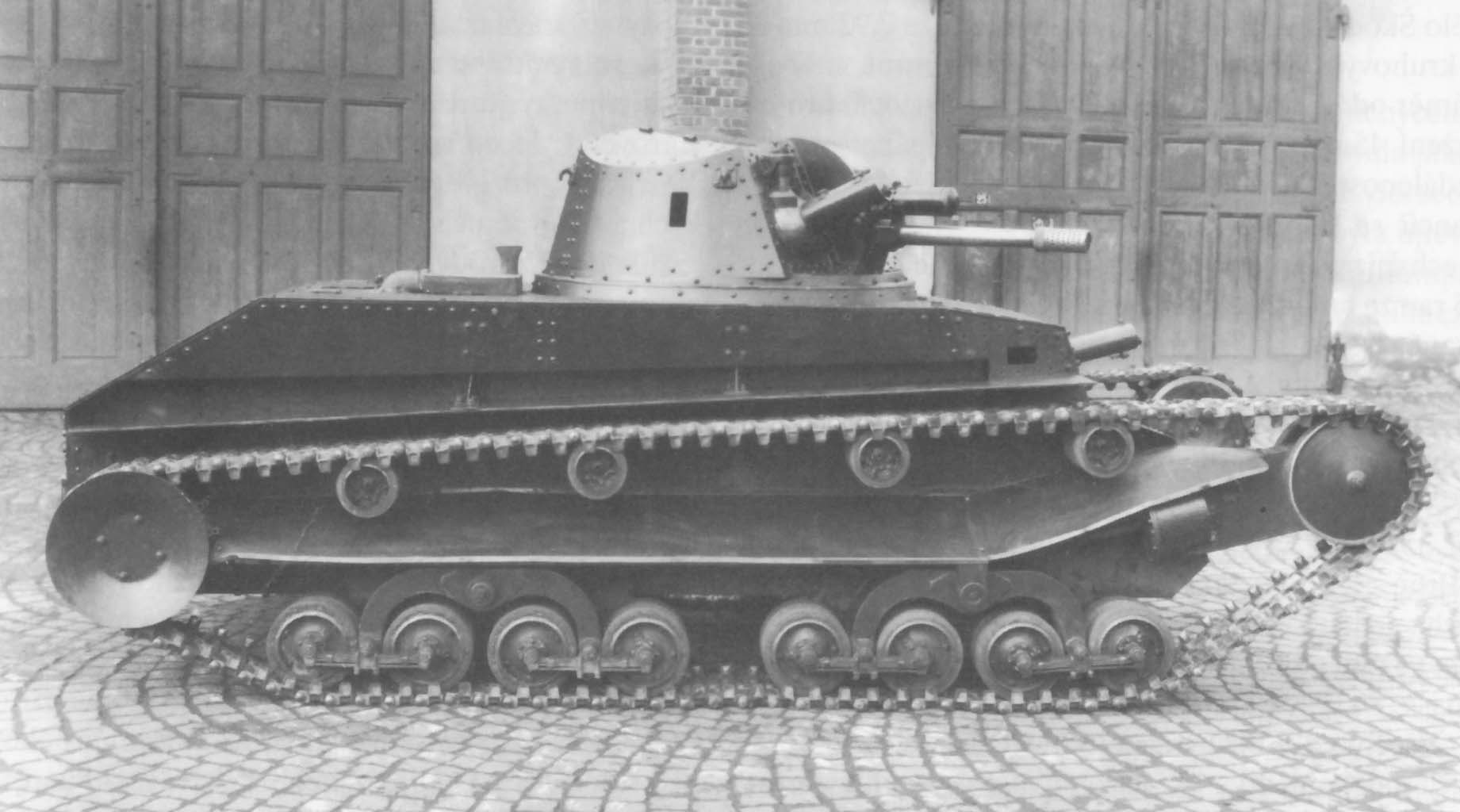 Š-II was one of the earliest Škoda prototypes and an answer to the Praga P-II (also known as LT Vz.34, which preceded the better known LT Vz.35). It was designed by the end of 1933 and built in early 1934 (factory trials took place in summer) and was originally designated as “Střední Útočný Vůz” (“medium assault vehicle”), but according to the new designation rules and classes, it was redesignated to Š-II (Škoda, 2nd category – light tanks). In October 1934, the prototype was presented to the Ministry of Defense representatives at Milovice proving grounds (it was sent there on 11.10.1934) and one month later, in November, it was also shown to the representatives of Romania and Yugoslavia (the result of the trials however is not known). 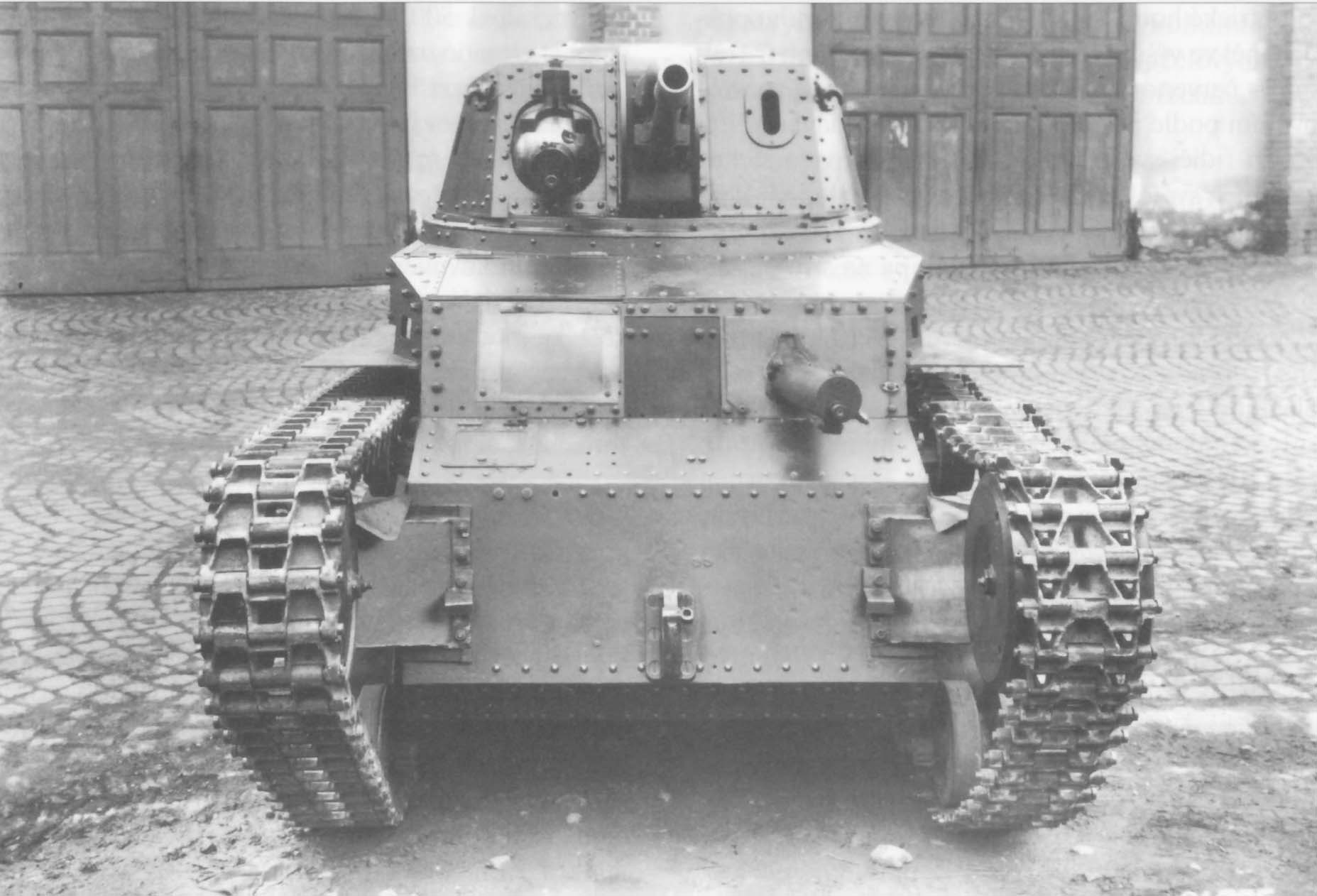 The vehicle as a whole was a predecessor to the more successful LT Vz.35 (Škoda Š-IIa) and it is assumed that some solutions, used in the later vehicle, were developed for the Š-II. Two types of tracks were tested for example, with different roadwheels and drive sprockets. The vehicle also had two different guns, either the old version of 47mm Škoda cannon (A2), or, later, 37mm A3 (the “usual” gun for later light tanks). The fate of the prototype is unfortunately not known, it is assumed that it was gradually dismantled and some parts were used in building the Š-IIa.

The vehicle weighed 7,57 tons, had a crew of three (gunner/commander, driver, radioman) and was powered by a 8 liter water-cooled Škoda V4, producing 109 horsepower at 1800 RPM. The vehicle could go as fast as 30,8 km/h (14,39 hp/t). The entire steering and control system was pneumatic and was judged as quite complicated (later on, it was somewhat simplified).

The armor on the prototype was made from soft metal. The armor on the hull was 15/12/10mm thick (the bottom and top was 8mm thick), the turret had the same armor thicknesses. The vehicle was armed with a 47mm A2 gun, which was actually an infantry gun, not a tank cannon (the original designation was “Pěchotní dělo Vzor 32″ – infantry gun, 1932 pattern). It was designed in the early 30′s by Škoda for infantry to have something, that could serve as a light support gun, mortar and an anti-tank gun, all in one. Unfortunately, the gun was even back then judged to be too weak and the “universal gun” as a concept failed with the army opting for dedicated AT guns instead in the future.

The gun was very difficult to install in a relatively small turret of this light tank. It was assumed that the AP shells for this gun would penetrate 20mm at 1600 meters and 30mm at 700 meters of armor. Later on, the power if the gun was considered too weak and it was replaced by the 37mm A3.

In world of Tanks, it could be either a regular or premium tier 2 light tank. There is no reason to include it in the regular branch proposals (tier 2 is very “crowded” anyway), but as a premium, it would serve well.