as you know, I post about Czechoslovak vehicles a lot and some readers might get the impression that the Czechoslovak tanks were perhaps the best in the world. Well… some were (LT Vz.38 is the best light early war light tank in the world according to many experts and historians), but we had our share of fuck-ups as well. One of the nastiest and most-expensive disasters of Czechoslovak tank development was the plan to develop a “heavy” breakthrough tank (category III). The word “heavy” here is not used in the traditional sense of the word, it was more like “a heavier variant of a light/medium tank”. Two prototypes (or partial prototypes) were built, based on the program – one by Škoda, one by Tatra. Let’s have a look at the Škoda one. 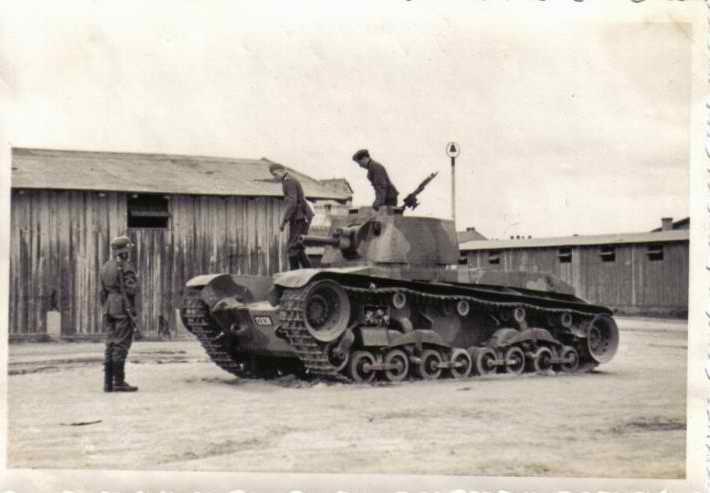 It all started in 1929, when the Czechoslovak army issued a demand via the Military Technical Institute (VTU) for a new vehicle. The problem was, it was supposed to be a wheel-cum-track design, which, in the 20′s, was the “flavor of the year” so to say (just like the tankettes – both concepts proved to be a dead end later on). The demands were very strict – apart from the suspension requirement, the vehicle was to be equipped with a 75mm gun and two machineguns, the armor was to be at most 16mm thick and the vehicle was required to weigh no more than 12 tons. This proved to be quite unrealistic and as a result, the weight requirement was increased to 15 tons quickly.

At first, three companies took interest in the program – ČKD, Tatra and Škoda. Tatra prototype was plagued by issues however and ČKD lost interest quickly, so it was in the end up to Škoda. On 19.11.1931, they proposed a wheel-cum track tank (designated S.K.U. – “medium combined suspension assault vehicle” – or “KÚV”), which, although with difficulties, fitted the army criteria. The armament was a combined 37/70mm AB1/BA1 gun – basically, this was another “blind end” of gun development – a 70mm infantry gun, which, if needed, could be converted into an AT gun by inserting (screwing really) a 37mm barrel into the 70mm barrel – thus converted, the gun could fire AP and HE 37mm ammunition, but the penetration was, as you can imagine, quite poor (cca 29mm at 500 meters). It was to be powered by two engines of combined power of cca 165hp. The development was plagued with further difficulties – a lot of them connected to the needs of the combined suspension. The army ordered two prototypes to be made on 29.5.1933 – they were to be ready on 29.4.1934 (this timeframe was later prolonged by one month). In December 1933 however, an inspection at Škoda discovered that the project is very problematic (due to the wheel requirements) – for one, it was heavier (15 tons were required, but it would weight 16,437 tons, 2,6 tons of which was the fault of the wheel suspension). As a result, the work on the wheel-cum-track project was stopped – Škoda proposed that the wheels were to be dropped in favour of increasing the armor thickness. The army disagreed, but at this point, the weight requirement was increased from 15 tons to 15,6 tons at least. 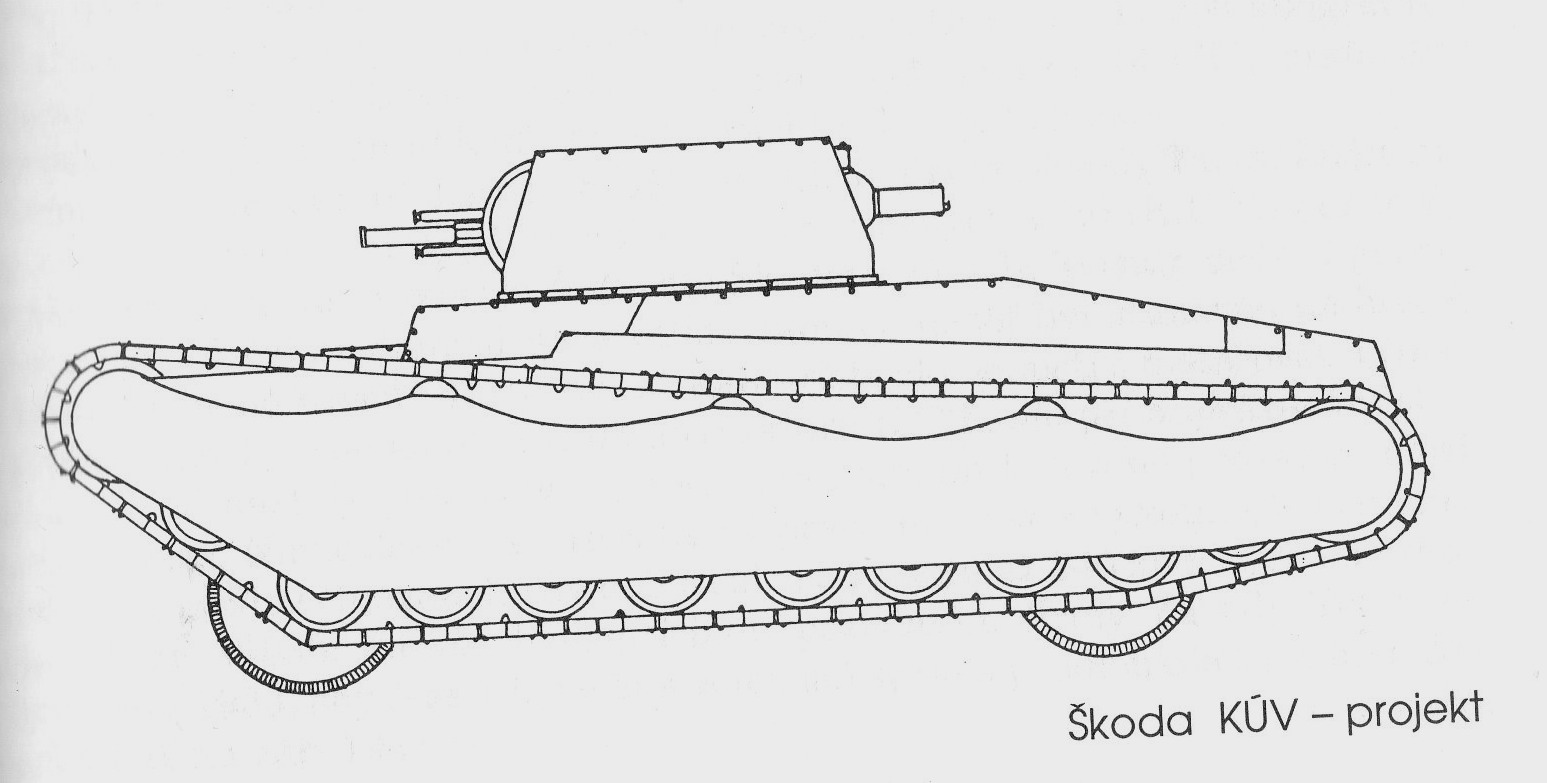 Another issue was the armament. The performance of the 70/37 gun was poor. The matter was discussed in March 1934 – the army committee inspected turret mock-ups in Pilsen, equipped with yet another combined gun (this time 66mm and 40mm, the performance of which was even worse) – the discussion however proved to be inconclusive and the decision about the armament was postponed.

Finally, in June 1934, the analysis of the project (which at this point costed quite some money already) convinced the army to change the requirement to tracked suspension only and the wheel part was dropped. From this point on, the vehicle would become a regular tank. On the other hand, the army insisted on double armor thickness to “compensate” the loss of the wheels and the required weight dropped – once again – to 15 tons. This requirement became the basis of the “category III” requirements for a breakthrough vehicle, issued on 16.7.1934.

The requirements called for a 15 ton vehicle with a 32/30/24/20/16mm armor (on various spots), armed with a 47mm gun and two heavy machineguns, with power-to-weight ration of 11 hp/t, capable of reaching 25 km/h on the road and 12-15 km/h in terrain. After lengthy negotiations with Škoda, the original order for two wheel-cum-track vehicles from 1933 was changed in January 1936 to two “heavy armored vehicles”, now designated Škoda Š-III (to correspond the III category). The price for both vehicles was quite high – 4.154.300,- CZK (plus further development expenses). One prototype was to be made from mild steel, the other from armor steel, both turrets were to be made with armor steel plates straight away.

The development and production however continued to be plagued with issues. Especially the armor requirements (while keeping the weight low) were considered problematic and the engine (powerful enough to allow the vehicle to drive reasonably fast) proved to be a bane of the weight requirements as well. In the end, Škoda did not manage to find an optimal solution and so, in order not to scrap the project completely, they requested more time to produce the vehicles and – furthermore – they fitted the first prototype with a weaker six-cylinder engine (the improved V8 was still in accelerated development), which would not meet the army requirements.

Both prototypes were to be delivered by the end of October 1936 (specifically, 30.10.1936 and 31.10.1936). Prototype one (with weaker engine) recieved a factory designation of Š-III-6, prototype two was designated Š-III-8 (military numbers 13.638, 13.639). However, the deadline was not met (not by a longshot) – the first prototype was only ready and transferred on 15.4.1937 (including the turret and the gun). The Technical Institute (who were to trial it for the army) decided that this vehicle would remain in Pilsen and would be stored, until the second prototype was ready (at that point, the ETA of second prototype was December 1937, because Škoda lended the second turret to Tatra for their own prototype tests), so both prototypes could undergo military trials together.

In the meanwhile, Škoda was performing factory trials on the first prototype, showing it even to the king of Romania, Carol II, in May 1937 in Milovice. During the trials, according to an eyewitness, the specialist commissar, 1stLt. Stanislav Vaníček, the vehicle was “heavy”, unwieldy and very unreliable and did not meet the military criteria. This was one of the reasons why Škoda decided not to show the vehicle to the Soviets in Fall 1938 (while the Š-IIa was successfully tested there).

The development of the second prototype was delayed yet again due to the issues with developing the V8 engine, but also due to the fact that Škoda was no longer considering the vehicle profitable and focused on the Š-IIc medium tank instead, using the newest features on it instead and successfully avoiding the complaints of the military. 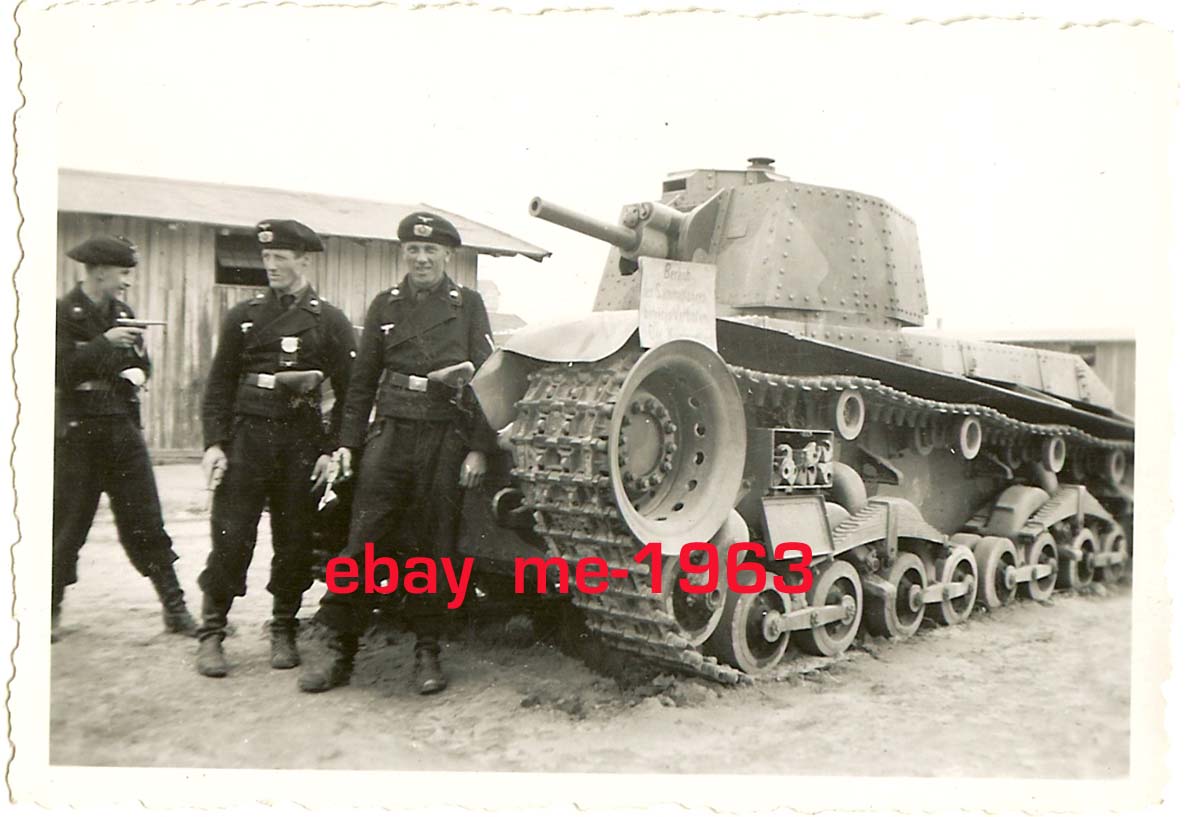 Time went by and the second prototype was still not read in April 1938, when the Czechoslovak Republic was threatened by the ever increasing nazi demands. In order to assess the readiness of the project, another military inspection took place. It was found out that while the first prototype is (cum grano salis) combat worthy, the second does not even have its engine and transmission in place. Furthermore, the engine was constantly overheating and as a result of the design changes, the earliest estimated date for its readiness was December 1938. During the 1938 mobilization in September, the first prototype was transferred to the Military school in Vyškov, where it was stored until December and then it returned to Pilsen. 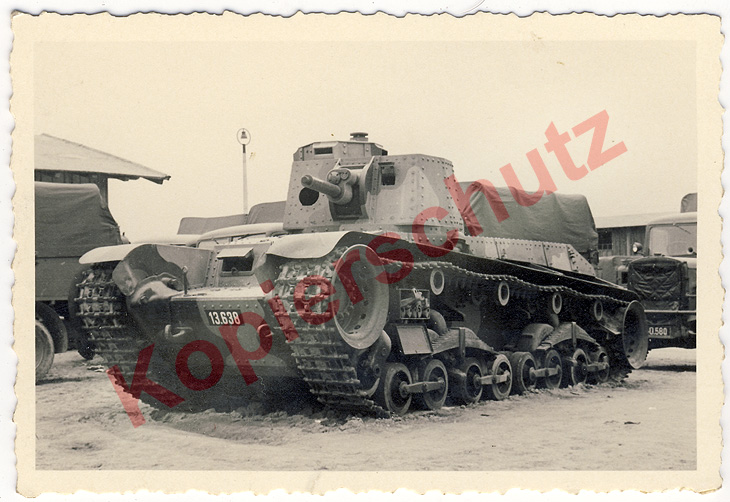 In the meanwhile, the ministry of defense, under the pressure of percieved imminent invasion, decided to order all prototype vehicles (which were not transferred as useful to the army) to be scrapped in November 1938. This was to be the case of Š-III prototypes as well. An alternative solution was found however – the army bought both prototypes for lower price than originally intended.

The first prototype was bought by the Czechoslovak army and transferred to Milovice proving grounds. The second prototype remained in Pilsen – Škoda planned to finish it and it really happened in December 1939, but that was under German occupation already. In January 1940, the vehicle was transferred to the German army and in February, it was moved to Kummersdorf for trials. Both prototypes ended up in Kummersdorf in the end – they were tested there between 1940 and 1942. The German tests showed that the tanks had so many issues they were practically useless (especially with the engines). Their final fate is not known, they were likely scrapped. 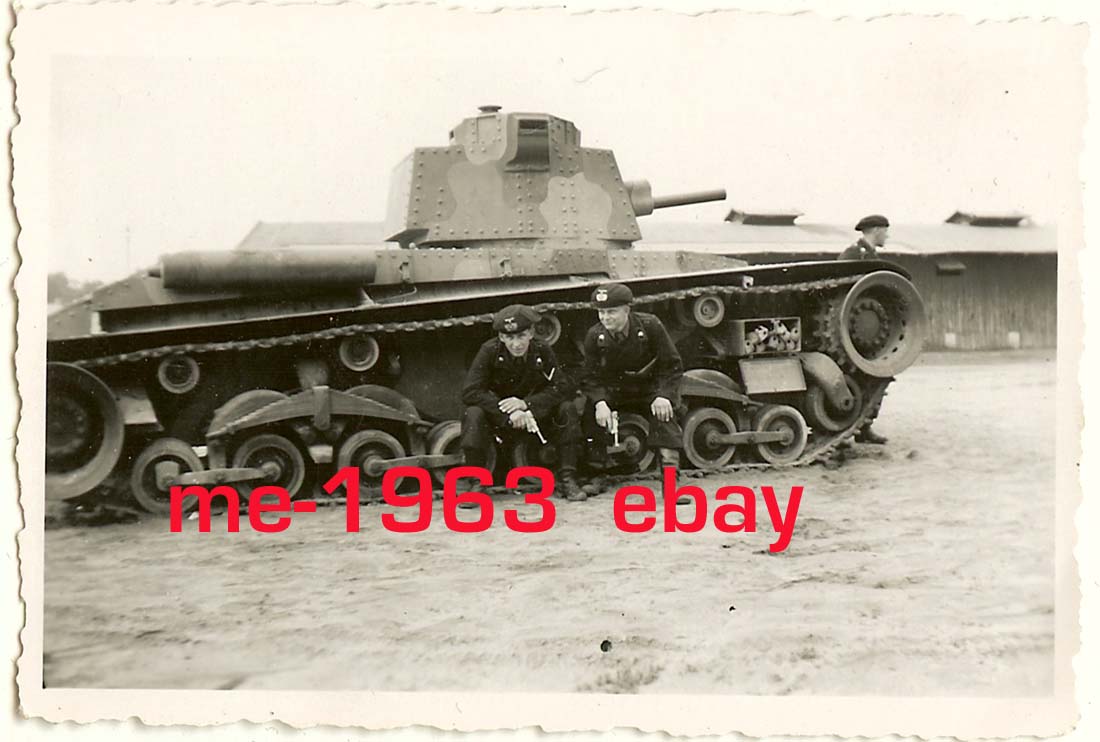 The number in brackets belongs to second (V8) prototype.

Well, this tank would be a tier 2 or 3 premium I guess. Very slow, very large, not too thick armor, but decent quick-firing gun. There is no point in “saving” it for a line anyway (there are enough lowtier candidates) and as any Czechoslovak tree (or branch) would lack heavies anyway, they all would serve better as premiums.