on 24.1.2015, one of the last surviving well-known Tiger commanders, Otto Carius, passed away after a short, but serious illness. 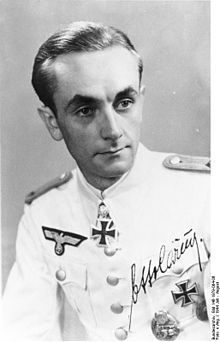 Otto Carius was a German tanker ace of WW2, fighting on the Panzer 38t, Tiger and finally the Jagdtiger. It is estimated that during the war, Carius’ crew managed to knock out 150 enemy vehicles and many more soft targets and AT guns. He survived the fighting and after the war, he opened a pharmacy called Tiger-Apotheke, that exists to this day. He is best known for writing a book of his memories about fighting on the Tiger, called “Tigers in the mud”.

189 thoughts on “Otto Carius Passed Away”