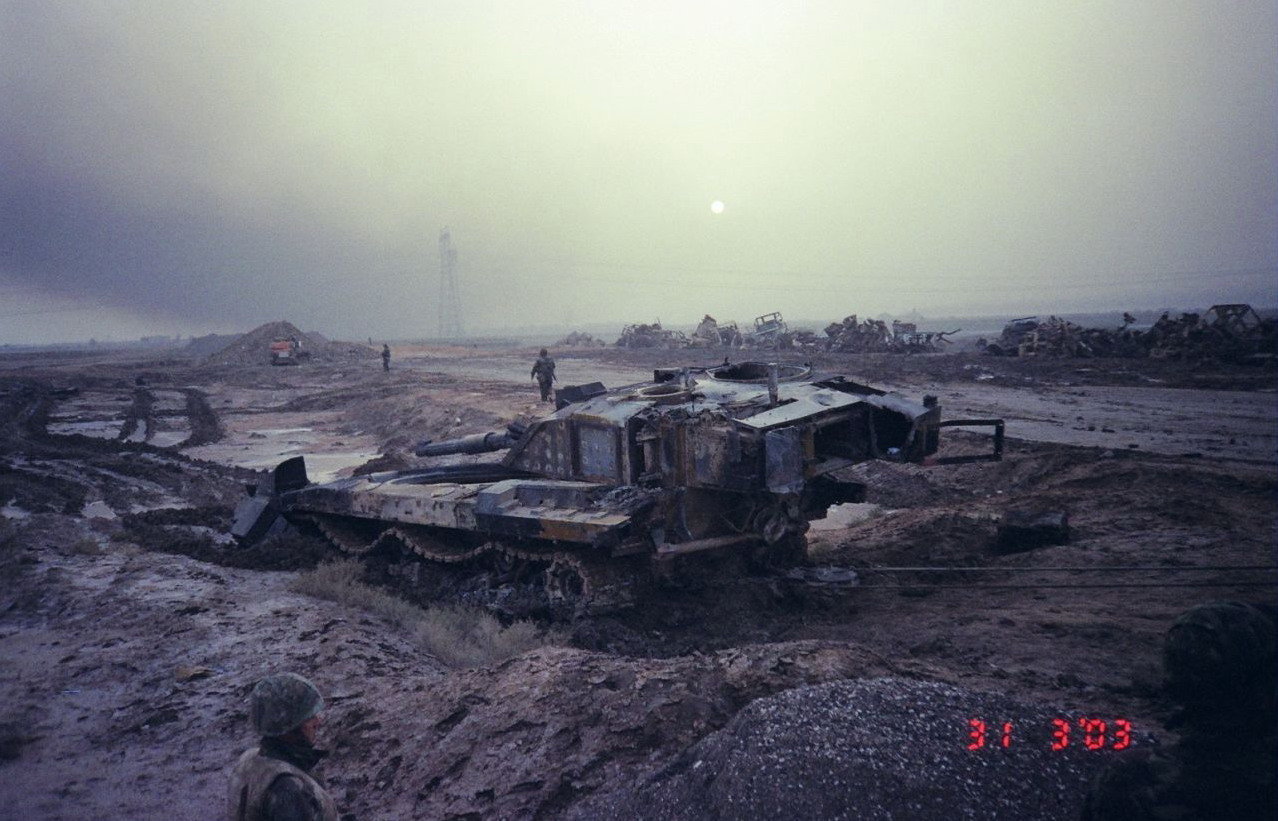 The allied operations in Iraq were not without losses. This is a photo of a destroyed Challenger 2 from the famous Basra incident. What Wikipedia says:

25 March 2003: A friendly fire (“blue-on-blue”) incident in Basra in which one Challenger 2 of the Black Watch Battlegroup (2nd Royal Tank Regiment) mistakenly engaged another Challenger 2 of the Queen’s Royal Lancers after detecting what was believed to be an enemy flanking manoeuvre on thermal equipment. The attacking tank’s second HESH round hit the open commander’s hatch lid of the QRL tank sending hot fragments into the turret, killing two crew members. The strike caused a fire that eventually led to an explosion of the stowed ammunition, destroying the tank. It remains the only Challenger 2 to be destroyed on operations.

That puts the photo a week later. For comparison, here’s a Chally patrolling Iraq in a much… healthier state. 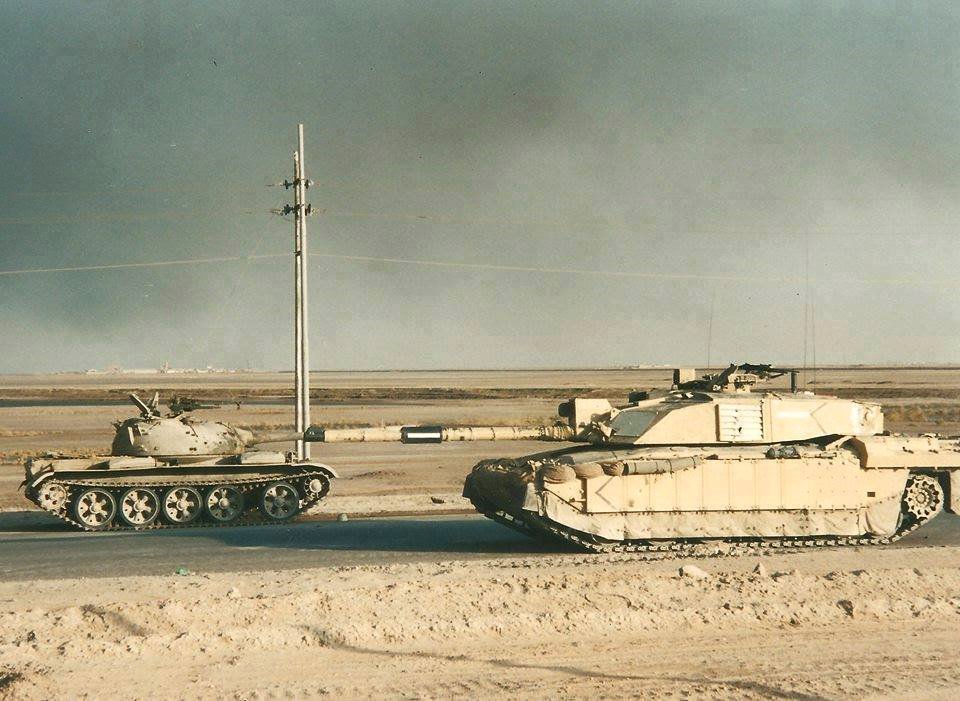 One thought on “Basra or Bust”