so, here’s an idea: this year, I plan to visit Gamescom (for those who don’t know, it’s a huge game fair in Germany in late August) and I kinda decided to have my own T-shirt made for the occasion, something with our beloved and favourite game developer: SerB.

What I was thinking is something along the lines of: 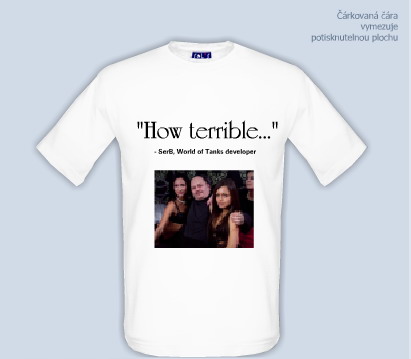 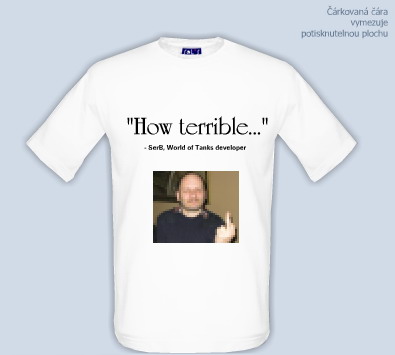 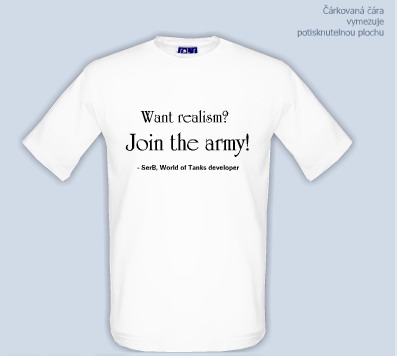 Nevermind the low picture resolution, it’s just a stupid preview system. I’ll probably have something like the second made, “How terrible…” with SerB giving a finger.

So, I was thinking, anyone else is going? If so, does anyone else want a T-shirt like this? I could obviously have more than just the one for me made and the price would get lower. Of course, shipping would be a problem, but if there aren’t too many, I am willing to have them made and send them around Europe just for the manufacture+shipping costs.

Or you can just make them yourselves in your country, would probably come cheaper… dunno. It’s just a thought for now.

Would anyone be interested in something like this? Could be kinda funny to wear them around Wargaming stand there, especially the one with SerB giving a finger… :)

70 thoughts on “SerB T-shirt for Gamescom”