today, we’ll have a look at one of the more interesting modifications of the TNH chassis, the Panzerwagen 39 (also known as LTH). As you can see, it bears clear resemblance to the ingame vehicle Panzer 38t – and for a good reason, it belongs to the Praga TNH “family”, that stretched far and wide, from Iran to Sweden, from Peru to Russia. This is a Swiss model of the vehicle.

Basically, what happened was that in early-to-mid 1930′s, Swiss army was equipped with obsolete tech (2 Renault FT-17, purchased for testing, 6 Vickers Carden-Loyd M1934-1935, purchased in 1934 for the Swiss military police (Gendarmerie) and 2 obsolete Carden-Loyd Mk.VI tankettes, purchased in the 20′s) and when the Swiss were looking to buy something more modern, they wanted to buy something from Czechoslovakia – after all, Czechoslovakia was in 1934-1935 the biggest arms exporter in the world. They also chose to deal with Praga (ČKD), because Škoda was busy with producing tanks for Czechoslovakia itself and for other countries too. 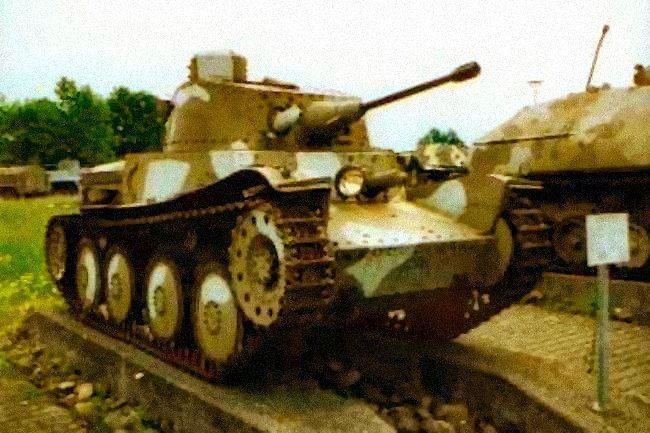 The first demand for a light tank, able to operate in the mountains of Switzerland came on 17.4.1936. Praga, which was already working on the vehicle versions for Lithuania and Peru, made a modification of the LT tank and named it LTH (Lehký tank helvétský – “Light tank, helvetian”). The main difference was its armament and engine. The vehicle specs, given by the Swiss were negotiated further, leading to the contract (between ČKD and Swiss Army Ministry) being signed on 17.12.1937.

The LTH was actually smaller and lighter than the original TNH tank, its frontal armor was 32mm thick (both the hull and the turret). It was armed with a 24mm  L/63 M.38 main gun ( built by Waffenfabrik Bern) and two 7,85mm water-cooled Maxim machineguns – the gun was developed in the 30′s and it was allegedly very accurate, it had a 6 round clip, the shell velocity is listed as 900m/s. This gun could penetrate 43mm of armor at 150m (in WoT terms this translates as roughly 45mm penetration). A light pintle-mounted AA machinegun was also available. The crew consisted of 3 men.

The prototype was ready in March 1938 and after factory trials it was taken to Switzerland to be tested there. There, they modified it by installing a Saurer-Arbon CT1D 108hp diesel and tested it like that. It returned to Czechoslovakia in July and the engine compartment was further modified to fit the Saurer engines. In the end, the vehicle was designed to everyone’s satisfaction and the final assembly of the first series was underway – however, during the September mobilisation, the first 12 hulls (without turrets) were temporarily confiscated by the army as possible wartime replacements – furthermore, or arms exports were suspended for the time being. This delayed the whole deal, but on 5th of October, the embargo was lifted and the first batch of 12 vehicles made it to Switzerland in January 1939. The second batch was delivered too, but that was already under German occupation in April/May 1939.

The Swiss army redesignated the tank to Panzerwagen 39. The Pz.39 tanks were moved to the newly-estabilished armored recon companies, attached to Swiss light infantry brigades. The vehicle was also closely studied and as a result, in 1941 the Swiss company Automobilfabrik Berna AG developed the Swiss “Marder” (75mm gun on LTH chassis), named Nahkampfkanone I: 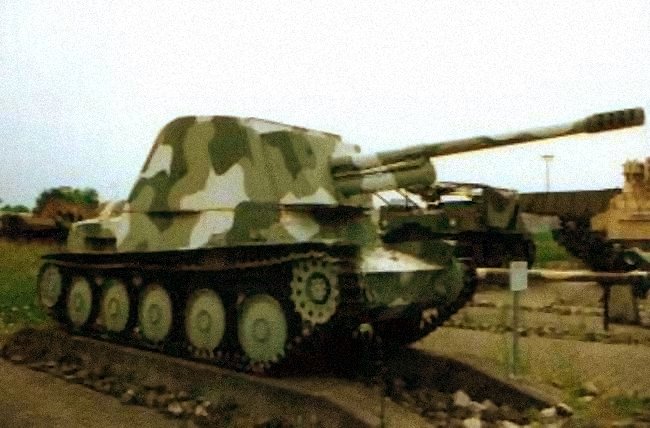 Generally, the Swiss army was happy with the tanks, mostly because of their good reliability. Originally the Swiss intended to license-produce the Panzer 39, but that never really happened, only in 1947 (under totally different circumstances however), ČKD supplied the Swiss army with some spare parts, including steering system and transmissions. The vehicles served actively until 1950, when they were transferred to training units and gradually phased out. They never fired a shot in anger.

This vehicle could fit nicely into the EU tree, Swiss branch as tier 2-3.